Posted By Marsha West on November 2, 2016 in Discernment, False Teacher Alert, Women and the Church
Share

Bud Ahlheim tackles LifeWay Christian Resources’s announcement that they were pulling Jen Hatmaker’s books for publicaly declaring that she affirms homosexuality and gay “marriage.” According to Ahlheim, Lifeway deems it “inappropriate to sell an author with Scripturally-illicit views on homosexuality because of ‘doctrinal guidelines.’”  So how is it, he wonders, that Lifeway finds it “doctrinally tolerable to continue promoting and selling works of known false teaching by known false teachers?”  In this piece, Ahlheim discloses who some of those false teachers are.  He writes: 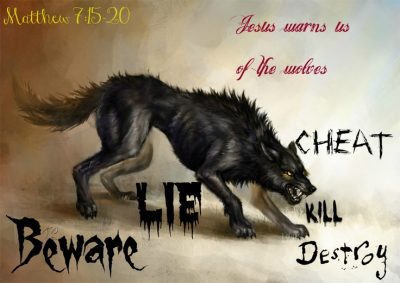 While many on social media and blog-sites were commending the bold stand Lifeway made in pulling Jen Hatmaker’s books after her views on the LGBT issue and her position on gay “marriage” hit the front pages of the Christian “news” media, I sat back somewhat slack-jawed.

Disregard the comment from Lifeway spokesman Marty King that implied Hatmaker had “voiced significant changes” in her interview with Religion News Service.  Her comments in that interview were not breaking news. Her positions on this issue were known quite some time before. The discerning sorts among the Christian world easily, and early, recognized the politically liberal and insufficiently biblical positions of Hatmaker. King’s statement on behalf of the 185 store media wing of the SBC was, then, inaccurate.

Though the commendations of many for Lifeway’s move to dump Hatmaker are themselves laudable, they seemed to fail to recognize the utter hypocrisy of this agency in doing so.   Indeed, while we should applaud the removal of any unbiblical, false teaching proponent from the shelves of this purported “Christian” bookstore, the positive press Lifeway generated by their bold stand for “doctrinal guidelines” is bewildering. 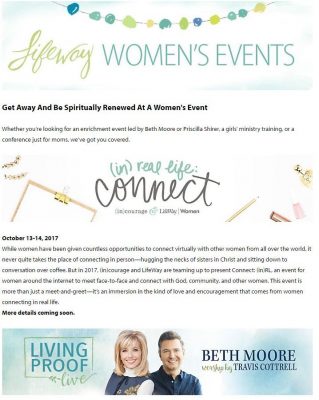 Given what Lifeway has done with Hatmaker, when compared to what they yet allow to remain on their shelves and what they continue to promote – especially through the heresy-rich marketing sub-brand known as Lifeway Women – the tagline of the SBC agency should no longer be “Biblical Solutions for Life,” but something more akin to “Doctrinal Hypocrisy For Sure.”

Dumping an author for her unbiblical support for gay marriage and her “an LGBT relationship can be holy” attitude was certainly the right move. But, given the abundant heresy that Lifeway hawks, it shows that they are more concerned about shooting press-gaining salvos for a socially conservative evangelical constituency than they are truly concerned about “Biblical solutions for life.”  Your soul actually matters less than your perception of Lifeway’s care for it.

Lifeway deems it – again, rightly so – inappropriate to sell an author with Scripturally-illicit views on homosexuality, because of “doctrinal guidelines,’ yet they find it doctrinally tolerable to continue promoting and selling works of known false teaching by known false teachers? Are Lifeway’s doctrinal guidelines merely tied to prevalent cultural issues on which they can act and make evangelical hay, in this case with an author who wasn’t evidently sufficiently lucrative to their enterprise that her forced departure would frustrate their financial performance?  Continue reading

The Hatmakers double down on “holy” homosexual “marriage”

7 Responses to Lifeway: Jesus Wouldn’t Be Calling If They Really Had Doctrinal Guidelines