Posted By Marsha West on April 6, 2016 in Liberalism
Share 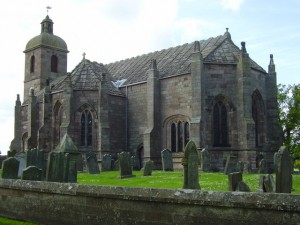 Before I get to the story, following is an excerpt from The Briefing, Dr. Albert Mohler’s daily podcast. Today Dr. Mohler examined the reasons that half the people living in Scotland have no religion, and the main reason will surprise you. He writes,

In a very important book published by Banner of Truth Trust there in Scotland just last year, David J. Randall, a former minister in the Church of Scotland, in a book entitled A Sad Departure, points out that the underlying issue is and always remains the authority of Scripture. He says,

“It is this question of the position and authority of the Bible in the church that is at the heart of this present controversy. The secular press,” he writes, “often represents the dispute as a struggle over whether the church should be pro-gay or anti-gay. But the basic issue is that of the relationship of the church to the Bible.”

Pastor Randall went on to describe a parable of a multi-story office building in which cracks appeared in the wall of the 42nd floor. He went on to explain that when an architectural and engineering study was taken, it was discovered that the problem actually wasn’t on the 42nd floor at all. It was at the foundation of the building itself. Randall then writes,

“The story illustrates what has been happening in the Church of Scotland for a number of years. The crack on the 42nd floor is the crisis that has been occasioned by the question of the rightness or wrongness of inducting practicing homosexual people to the Christian ministry. But the real problem,” he says, “is down in the foundations, where liberally minded people have been chiseling away at the biblical foundations of the church for a long time.”

Mohler goes on to say that Randall’s book “tells the story of congregations and pastors who came to the conclusion that faithfulness to the Scripture, theological fidelity, required that they leave the denomination they had loved and served for so long.”

So people are not leaving the Church because of social issues.  No. The decline in Church attendance is the result of the relationship of the Church to the Bible — the authority of the Scripture.

More than half of the 5.4 million people living in Scotland have no religion, according to a survey published by Scottish Social Attitudes.

The 52 percent of unaffiliated Scots represents a 12 percent jump from 16 years ago, when 40 percent of survey respondents said they had no religious affiliation.

The proportion of people who say they belong to the Church of Scotland — the Presbyterian Church that for so long dominated almost every aspect of life in that country — has fallen dramatically, to just 20 percent, down from 39 percent of the population in 1999.

“The survey’s findings show that Scottish commitment to religion, both in terms of our willingness to say we belong to a religion and to attend religious services, is in decline,” said Ian Montagu, a researcher at ScotCen Social research in Edinburgh, which runs the annual surveys.

“This change doesn’t appear to be affecting all religions equally,” he added. “Affiliation with the Church of Scotland is in decline while levels of identification with other religions remains relatively unchanged.”  Continue reading

9 Responses to Why do a majority of people in Scotland have no religion?