Pam Frost reports on a very scary movement dubbed “enlightenment engineering” that everyone, especially Christians, should be made aware of. According to Frost, these people are experimenting with new technology to accelerate and enhance the development of meditative consciousness. The scientific technology of consciousness is the brain child of Mikey Siegel, founder of Consciousness Hacking.  You’ll learn about Siegel in Frost’s post. Here’s a glimpse of the man behind the screen:

By suspending the judgment of his normally functioning mind and abandoning himself to mental passivity, Siegel experienced the “enlightenment” of a higher state of transcendent consciousness in which neither “good” nor “bad” exists. According to Hinduism, the material world and the realm of distinctions are only an illusion (maya). The goal of meditation is to transcend these illusions until the soul (atman) is realized as god (brahman). (Bold added)

There is a trend, says Siegel, “where the attention is shifting from out there to in here.” He may be right about that, however, Pam Frost offers this reminder: Scripture calls us to look outside ourselves to our God and Creator. 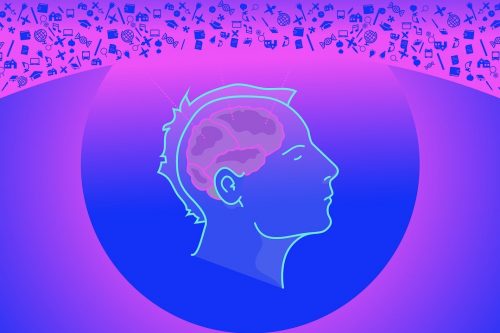 I recently stumbled across the term “consciousness hacking” on a website of that name. The term is an apt description of a shift in Western consciousness caused by the ubiquitous influence of Eastern meditation, now considered a scientific technology of consciousness. The Consciousness Hacking website is a hub for those who hope, through an interface of science and consciousness, to help humanity evolve toward an age of “individual and collective flourishing.” Employing a variety of scientific technologies and meditative techniques as their hacking tools, this growing community intends to essentially upgrade humanity’s “conscious operating system.” How do they hope to accomplish such a Herculean feat? By training the brain into nonduality, which is a nonjudgmental, meditative grid by which to interpret reality. Believing technologically enhanced meditation will result in worldwide “peace, truth, love [and] enlightenment,” they are enthusiastically coordinating a neurological hack of the global mind. Reality will no longer be interpreted by subject/object distinctions (such as that between the Creator and creation—Twoism), but according to nondual (“not two”) consciousness of the divine within everyone (Oneism). They promise utopia by “democratizing the divine” so that an enlightened, united humanity can finally unlock the mystery of collective divinity (the goal of the Tower of Babel). Thus, techno-spirituality offers redemption by meditation rather than by the blood of Jesus. While the terminology is new, the idea behind it isn’t.

The original consciousness hacker was Satan himself, who urged man to become God by joining the opposites of good and evil. This is exactly what meditation does by suspending thought until a person enters a state of nondual consciousness and no longer perceives the distinction between Creator and creation, male and female, or good and evil. All blurs into One. The spirit behind meditation has long been at work in the West to shift the cultural consciousness from Twoism to Oneism.

Societies generally function according to a dominant cultural consensus—a social operating system based on a widely accepted consciousness of reality. The cultural consciousness of the Christian West once accepted a broad consensus defined by biblical theism and the morality of the Ten Commandments. Even unbelievers lived within the general moral framework of the Judeo-Christian worldview. Recognizing the distinctions between God and nature, men and women, right and wrong, good and evil and heaven and hell was common-place, even in a culture increasingly influenced by Darwinian naturalism. Yet, by the 1960s, a deep cauldron of discontent with the pragmatism and materialism of Modernity (falsely associated with Christianity), reached boiling point as thousands (half a million attended Woodstock) shook off the dust of their Christian heritage and turned to Eastern mysticism. The stone tablets were cast down, fragmenting the cultural consensus. Throngs of Hindu yogis and Buddhist monks rushed into the arms of the welcoming West, bringing exotic and alluring promises of self-realization and world peace. Higher states of meditative consciousness would dissolve subject/object distinctions into the Unitive power of One. Worship shifted from the Creator-Redeemer, who is outside us (Twoism), to divine Eastern consciousness, which comes from within (Oneism). The hacking of our consensual consciousness had begun in earnest! Continue reading

The Power of De-Conversion Stories: How Jen Hatmaker is Trying to Change Minds About the Bible
Are you easy prey for false prophets?