Posted By Marsha West on June 17, 2015 in Entertainment
Share

Hannah Montana has completely changed her tune about Christianity and the Bible.  The popular child star once declared herself a born again Christian but has recently become vocal about her rejection of the Bible’s teaching — especially when it comes to what it says about  issues such as sex, homosexuality, and God’s plan for marriage. When it comes to sex she boasted that she’s down with “every single thing that is consenting and doesn’t involve an animal and everyone is of age. Everything that’s legal…”  In other words, she’s down with sexual perversion.  Sadly, Miley Cyrus has turned from the Bible’s teaching on morality and has taken up the sort of moral depravity the entertainment industry is known for.

Christian Headlines has the latest on this profane young woman: 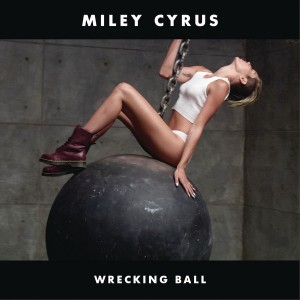 I met one of Miley Cyrus’s personal pilots several years ago.  He told me that he had flown Miley since she was a young girl, and complimented the sincerity of her faith and moral convictions.  He assured me that she would not go the way of so many professing believers who trade character for fame.
Unfortunately, Miley has not fulfilled her pilot’s prediction.  For instance, she recently described people who believe Noah’s Ark was real: “That’s [expletive] insane.”  She added: “We’ve outgrown that fairy tale, like we’ve outgrown [expletive] Santa and the tooth fairy.”
Then she discussed her sexuality: “I am literally open to every single thing that is consenting and doesn’t involve an animal and everyone is of age.  Everything that’s legal, I’m down with.  Yo, I’m down with any adult—anyone over the age of 18 who is down to love me.  I don’t relate to being boy or girl, and I don’t have to have my partner relate to boy or girl.”
Miley Cyrus will obviously say and do whatever keeps her in the news.  But here’s the most troubling part of her interview: it’s not news.  At least not on a level it would have been just a few years ago.  Continue reading

Video of Young Boy Dancing Sexually in Streets as “Gay” Pride Attendees Cheer Raising Concerns
How Should A Christian Live In A Culture Given Over To A Depraved Mind?