Posted By Marsha West on October 24, 2015 in Creation vs. Evolution 0
Share 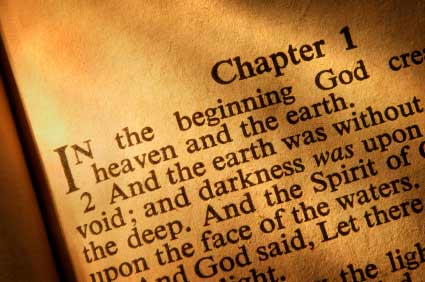 By Avery Foley. freelance writer for Answers in Genesis

A recent article appeared on the Biologos website titled “10 Misconceptions about Evolution.” The author, Jim Stump, writes, “One of the difficulties people have with coming to accept the science of evolution is that they have absorbed incorrect or only partially correct information.” He then goes on to list 10 supposed misconceptions people have about evolution in order to encourage them to accept evolution. But what this latest article on the BioLogos website really points out are the misconceptions the senior editor of Biologos has about biblical creation!

Biologos is an organization that “invites the church and the world to see the harmony between science and biblical faith as we present an evolutionary understanding of God’s creation.” Basically, they promote evolution to Christians and churches and encourage Christians to add evolution and millions of years into God’s Word. Sadly, they are leading many Christians astray by encouraging them to trust man’s opinion about the past over God’s trustworthy eyewitness account.

Evolution Claims We Evolved from Monkeys

The first and second misconceptions about evolution that Stump points out are two that we’ve written about before: “evolution claims that we evolved from monkeys” and “if we evolved from monkeys, why are there still monkeys around?” Many well-meaning Christians have unknowingly perpetrated these misconceptions by using these faulty arguments. These are arguments creationists definitely shouldn’t use. Evolutionists don’t believe humans evolved from monkeys. Rather, they think that humans evolved from an ape-like ancestor and that monkeys and apes are our cousins. Of course, this directly contradicts God’s Word that teaches that humans were specially designed in God’s image, separate from the animal kingdom (Genesis 1:26–27, 2:7, 2:21–22).

According to astronomer, Dr. Danny Faulkner,

The second law of thermodynamics applies to the universe as a whole. The entropy of the universe cannot decrease, though it may increase, and it often does. Thus, the universe has an ever-increasing entropy burden. An important manifestation of entropy is that it measures the amount of disorder. Since entropy continually increases, or at least cannot decrease, it follows that disorder must increase, or at least not decrease, and therefore order cannot increase. It is this version of the second law of thermodynamics that leads to discussion of the naturalistic origin of life and biological evolution.

Evolutionists have offered various theories of how the naturalistic origin and development of life does not violate the second law of thermodynamics. One approach is to note that the second law of thermodynamics applies only to isolated systems. An isolated system exchanges neither matter nor energy with its surroundings. A closed system exchanges energy but not matter with its surroundings. An open system exchanges both matter and energy with its surroundings. Living things are continually exchanging both energy and matter with their surroundings, so they clearly are open systems, and are not isolated systems. However, merely being an open system does not automatically mean that entropy decreases. Life depends upon a huge number of complex biochemical reactions continually operating. These biochemical reactions operate opposite to the direction that they would naturally proceed. That is, living things synthesize simpler molecules into more complex ones. The inputs are matter and energy (required to bond the more complex molecules), which is why living things are open systems. However, these inputs are insufficient in themselves to circumvent the second law of thermodynamics. The direction of the chemical reactions normally is decay from the more complex to simpler molecules, the opposite of what living things require to exist. Given this, the appeal to an open system to rescue the day for evolution is not demonstrated and amounts to hand-waving and gross extrapolation.

No New Information Can Be Added to DNA

Evolution Is a Theory in Crisis

He then moves onto the misconception that “evolution is a theory in crisis” (ironically, this was the title of a 1985 book by Dr. Michael Denton, an evolutionist). Now, we don’t argue that evolution is on its way out because it’s “in crisis.” This would be silly—the vast majority of scientists are evolutionists (although some do doubt evolutionary ideas) because they’ve been indoctrinated to think that way. They interpret the evidence through the lens of evolutionary ideas because they have an evolutionary worldview. What we do point out are the huge problems with evolutionary ideas that should make it a theory in crisis! The evidence is much better explained through the lens of God’s Word and is consistent with a biblical worldview.   Continue reading