Those involved in the New Apostolic Reformation (NAR) continually blaspheme the Holy Spirit. This is a grave sin, brethren. Sadly, people involved in this movement refuse to receive correction, even when it is coming from highly regarded Bible scholars. A complete misunderstanding of the function and activity of the Holy Spirit in the life of the believer has become epidemic in the Church. For example, charismatics would have us believe that the Spirit of God is responsible for bringing people to a point of making strange sounds, crawling on all fours, heads and bodies shaking uncontrollably, crying, laughing (dubbed “Holy Laughter“), getting “drunk in the Spirit,” and other bizarre phenomena. Are charismatics right in saying that this sort of behavior is a manifestation of the Spirit? No, says Bible expositor John MacArthur.

Dr. MacArthur preached a sermon on what the scriptures actually teach about the Holy Spirit, which is far, far different from what NAR leaders would have us believe. You’re about to see that what is taught in the inspired, infallible Word of God is NOT the view NAR leaders foolishly clings to — not even close.

Listen to John MacArthur’s sermon or read the transcript over at Grace to You: 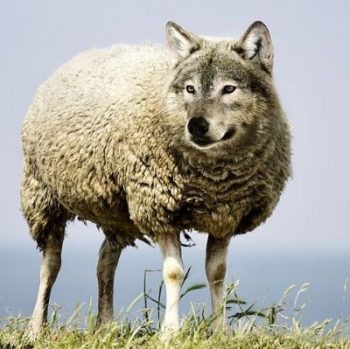 Well, now that I don’t have to preach on anything but what I want to preach on, since I finished the New Testament, I find myself all over the place, trying to decide what to preach on in sequence.  It’s a new kind of experience for me and I’m working on some kind of sequence that makes sense over the future.  But I am sort of at the liberty point of my life where whatever is on my heart is where I can go, and this is a wonderful opportunity for me.  And there is a subject that has concerned me for a long time, and I have wanted to address this subject, but it hasn’t been a part of the preaching through the gospels in the way that it can be now and that is the subject of the Holy Spirit – the Holy Spirit.

After all the emphasis of so many years, 25 years of preaching through the four gospels, and much emphasis, of course, on the person of Christ, as it should be, much emphasis on the character of God and the nature of God as manifest in Christ and is seen elsewhere in Scripture, it is time now to give honor to the third member of the Trinity; namely, the Holy Spirit.  The Holy Spirit is the most forgotten, the most misrepresented, the most dishonored, the most grieved, the most abused, and I might even say the most blasphemed of the members of the Trinity.  That’s a sad thing.

When our Lord cleansed the temple in John 2, He said that He was, in a sense, fulfilling the attitude of David from Psalm 69:  “Zeal for Your house has eaten Me up, the reproaches that fall on you are fallen on Me.”  And what our Lord was saying was, “When God is dishonored, I feel the pain.”  “You have taken My Father’s house, which is to be a house of prayer, and turned it into a den of robbers.  You’ve corrupted My Father’s house.  You’ve blasphemed My Father’s name.  You’ve dishonored My Father.”  And I can say that I have long felt that same thing with regard to the Holy Spirit.  Yes, I grieve when God is dishonored.  It is a constant grief to me.  I grieve when Christ is dishonored.

But in this contemporary sort of Christian evangelical church world, people are a little less reluctant to bring dishonor on the name of God and the name of Christ, but they think they have a free run at dishonoring and abusing the Holy Spirit, apparently, because so much of that goes on.  I’m not here to defend the Holy Spirit; He can defend Himself.  But I am here to say that reproaches that are falling on His holy name are falling on me as well, and mostly this comes in the professing church from Pentecostals and Charismatics who feel they have free license to abuse the Holy Spirit and even blaspheme His holy name – and they do it constantly.

I couldn’t even begin to give you all the illustrations.  You have enough of them in your own mind.  You can turn on your television and see any litany of them that you would choose.  And in order to give credibility to all these things, all these lies, they attach them to the Holy Spirit as if it’s a freebie, as if there’s no price to pay for that kind of blasphemy.

The latest wave of this – I’ll just give you one illustration.  The latest wave of this that is gaining traction and has entered into sort of national news is a new form of Charismania, bringing reproach on the Holy Spirit called the New Apostolic Reformation, NAR.  It is not new, it is not apostolic, and it is not a reformation, by the way.  It is like Grape Nuts – it’s not grapes and it’s not nuts.  It’s like Christian Science – it’s not Christian and it’s not scientific.  Well, the New Apostolic Reformation isn’t new, it isn’t apostolic, and it isn’t a reformation.  But it is a rapidly expanding movement being generated by some of the same old troubling false teachers and false leaders that have been around in Charismania for decades, always dishonoring the Holy Spirit, always dishonoring the Scripture, always claiming miracle signs, wonders, visions, dreams.  Peter Wagner, the Kansas City “Prophets,” Mike Bickle, Cindy Jacobs, Lou Engle, and on and on and on it goes.

In fact, this is exploding so fast that they have a 50-state network that are now involved in this.  This is a new kind of Charismania, it’s sort of on steroids.  One writer said it’s Charismania with shots of adrenalin.  And here’s what their basic claim is:  that the Holy Spirit has revealed to them that in the year 2001, we entered into the second apostolic age – in the year 2001 we entered into the second apostolic age.  What does that mean?  It means that the long-lost offices of New Testament prophet and New Testament apostle have been restored, the Holy Spirit has given the power of prophecy and the power and authority of an apostle to certain people in this generation of the church since 2001.  It seems very odd to me that the Holy Spirit would give that to people whose theology is unbiblical and totally aberrant.  I’m pretty sure the Holy Spirit wouldn’t authenticate false teachers, so we know it’s not the Holy Spirit, but that’s what they claim.  But the Holy Spirit gets blamed for everything; this is just the newest one.

For example, they have authority equal to the apostles, they have the same power the apostles had through the Holy Spirit to do miracles and to exercise that power, and they’ve had it since 2001.  Some of them fall into the prophet category, some of them fall into the apostle category.  They speak what the Holy Spirit reveals to them with the same authority the apostles have.  This authority and this power has been demonstrated in the world because one of the apostles stopped mad cow disease in Germany – so he claims.  The movement is marked by super-excess ecstatic, bizarre behavior.  Emotionalism ran amok, all kinds of crazy revelations, behaviors.  Peter Wagner is the father of this, as he has been involved in all kinds of other aberrations through the years, including starting the Church Growth Movement, which gave life to the Pragmatism movement, which, as we know, is so ubiquitous.  Their influence has been growing and recently jumped into the political realm, and I’ll tell you how. Continue reading

SEE OUR WHITE PAPERS ON DISCERNMENT AND THE NEW APOSTOLIC REFORMATION