Chris Rosebrough of Fighting for the Faith examines what the New Apostolic Reformation really teaches and lays out why it is a dangerous sect to be avoided at all costs.  Rosebrough covers all the bases.  He writes: 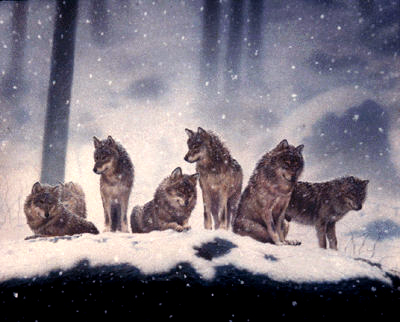 For nineteen centuries the church has existed without any living apostles who operated in the same power, authority and office as Peter, James, John, Paul and the others whom Jesus sent into the world to make disciples. But for those who buy into the ideas and teachings of the New Apostolic Reformation (N.A.R.), this is a tragic turn of events and a grave error committed by the historic Church. Joseph Mattera, the head of The United States Coalition of Apostolic Leaders, writing in Charisma Magazine about the historical loss of apostles in the church explained the problem this way:

It is tragic when the vast potential of an individual or entity is limited or eliminated because there is no room for their gifts. In the case of a lion, when captured and encaged, it loses its aggressive roar because it is forced to be localized into the confines of a cage.

It may be a lion, but it is no different from a house cat because, like a house cat, it no longer has to claim its territory and hunt to satisfy its hunger, and is content to stay confined within a building!

To me, all of this is related to the condition of the local church after it ceases to recognize the ministry and function of apostles. This results in cutting off the pioneering spirit and apostolic call to conquer and expand kingdom influence.

(I don’t necessarily think people have to use the title of apostle; the function is what is most important.)

In the case of church history, centuries ago we replaced the title (and consequently the function) of apostle and replaced it with the office of bishop. This vastly changed the nature and mission of the local and universal church. Apostles in the New Testament were the “sent ones” who, as military generals, were called to lead the church in mission as they were sent out to conquer new territories by planting churches and kingdom influence in key cities of the old Greco-Roman world. (For example, Paul the apostle started churches in over 30 key cities before the commencement of the first century!)

The office of bishop was primarily meant to oversee and administrate local churches: First starting in a local church (1 Tim. 3) which then evolved into overseeing a parish, then a diocese and then a region that included other bishops (hence they became archbishops or metropolitan bishops). However, as bishops became the apostolic successors it connoted a change from adventure, pioneering and conquering new territories (e.g., Paul, who prioritized going where Christ was not named as we read in 2 Cor. 10:10-14) to one of settling and maintaining the church and focusing primarily on church life, polity and politics.

Not only that, but after the Protestant Reformation many (in response to the abuse of the bishops and popes) even eradicated the office of bishop and opted instead for a Presbyterian form of government (whether for good or bad) which only recognizes pastors, elder and teachers in the church. The eradication of the bishopric further isolated and fragmented the emerging evangelical church and resulted in numerous denominations and independent local churches. (For example, when the Eastern Church split from Roman Catholicism in the 11th century, it remained virtually unified and intact because they kept the bishopric and/or the episcopate.)

Getting back to apostolic ministry, it is essential that we recapture the function (if not the title) of apostolic ministry once again so the lions of the church are released from their cages to go out and hunt (metaphorically speaking) and expand kingdom influence! The early church never saw their congregations as separate from the apostolic ministry and function of their recognized apostles. [emphasis added][1]

Mattera believes (and a significant number of Charismatics would agree with him) the Church has been stymied and limited by the apparent erroneous belief that apostles were no longer needed in the church. Note that Mattera’s explanation is that Bishops filled the role of the Apostle’s but according to Mattera with the change of title also came a change of function and eventually a loss of the apostolic function altogether. The solution to this problem according to Mattera is for the church to change course and return to apostolic ministry. To do that God would have to send a new crop of apostles into His church.

C. Peter Wagner and his associates in the New Apostolic Reformation, openly claim that God has already restored the office of Apostle, and there are men and women around the world today operating from within that office with more on the way. Wrote Wagner:

Are there apostles in our churches today?

Most Christians would affirm that they believe in apostles because Jesus led a group of 12 of them. However, apostles are generally seen as figures of a bygone age, like Vikings, Roman legions, Spanish conquistadors, or pioneers in covered wagons. They made their contributions to history, but the world has moved on.

One reason why this kind of thinking is so prevalent is that this is what most of our church leaders were taught in seminary and Bible school. I know— I was one of them. The notion that there could be contemporary apostles never came up in the seminaries I attended, not even as a suggestion. We were taught that the original 12 apostles had a singular, one-of-a-kind mission that was completed by the time of their deaths, and that was that— the end of the brief life of apostles on Earth. Consequently, I graduated assuming that apostles did not continue long after the first hundred years or so of the Church.

Not so! We are now living in the midst of one of the most epochal changes in the structure of the Church that has ever been recorded. I like to call it the “Second Apostolic Age.”…

The Second Apostolic Age is a phenomenon of the twenty-first century. My studies indicate that it began around the year 2001.[Emphasis added][2]

Wagner’s claims are breathtaking! Regardless of whether or not they’re true, the claim that they are true is having and will continue to have an immeasurable impact on the church.

This paper will examine the claims by Wagner and others that God has restored Apostles to the church and then provide a brief Biblical rebuttal.   Continue reading

Check out our White Paper on the New Apostolic Reformation