Posted By Marsha West on May 18, 2015 in Discernment
Share

Anyone who follows the news knows that mega pop-star Justin Bieber has made headlines for behaving badly.  What some of you may not know is that Justin’s a professing Christian.  Don’t stop reading here.  This isn’t about bad-boy Bieber.   What it’s about is his pastor, Judah Smith, who is a rising star in Christendom.  Smith is the teaching pastor of The City Church, a megachurch in Seattle. His wife and mother, who started the church with her late husband, are two of several City Church pastrixes.  I should point out that it is unbiblical for women to be pastors and elders.

The late Ken Silva, Christian apologist and owner of Apprising Ministries, once called Judah Smith a “charismatic quasi-prosperity preacher.”  If you’re unfamiliar with the Word of Faith/prosperity gospel (name-it-and-claim-it), it is outright heresy.  Some readers will likely disagree with me on this and may even think I’m being too harsh.  So I urge you to do as the Bereans did by going to the Word of God to see if what I say is true.  (1 John 4:1)

A few years ago when Pastor Smith was first becoming a rising star, Ken Silva produced a short video showing him addressing a crowd of 60,000 young people under the age of twenty-five at the 2013 Passion Conference.  While the founder of Passion, Louis Giglio, looked on, Smith paraded around the stage abusing the Lord’s Name.  Yes, a “pastor” chose to use OMG five times.  (See the video below) Perhaps he did it for shock value.  Or maybe he uses the Lord’s Name in vain all the time and didn’t realize he was saying what he said.  Regardless, when it comes to the clergy, neither of these reasons holds water.

Smith certainly knows the Bible warns about the power of words.  He’s also aware that the Christian’s role is to glorify God.  I mean, that’s what the Passion Conference is all about.  According to its website, “Passion exists to glorify God by uniting students in worship, prayer and justice for spiritual awakening in this generation.” 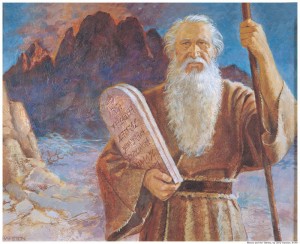 Did Smith think that using the Lord’s Name in this way would glorify God?  Probably not.  I rather suspect he’s aware that Christians have a responsibility to watch how we speak.  One can only conclude that he doesn’t think Exodus 20:7, “You shall not take the name of the LORD your God in vain…” applies to him.

So that you’ll have a true picture of what Judah Smith is all about, I’m including a piece Ken Silva wrote where he laid out the reasons Smith is a theological train wreck.   In other words, much of his doctrine is unsound.  Pastor and author Gary Gilley agrees.  He reviewed Smith’s book “Jesus is ____________” and observed:

Smith follows in the vein of other young, popular “postmodern” Christian authors (his style reminds me of Rob Bell’s) who are long on hype, short on content and too happy with contradictions and frustrations to really understand. Smith admits that he does not think in a linear fashion and it shows when one tries to comprehend his message. (Source)

Now I’ll get to reason for bringing up Judah Smith’s, um…..poor judgment.

Recently Movieguide (from here on out MG) sent out an email urging subscribers to watch their interview with Justin Bieber’s pastor.  I need to digress for a moment to give those of you who are unfamiliar with MG a bit of background.  According to Wikipedia: “Movieguide is a website and biweekly journal that evaluates motion pictures and other entertainment products from a conservative Christian perspective on suitability for family consumption.“ So basically, those who are offend by sexual situations, gross violence, the use of foul language and actors taking the Lord’s Name in vain have MG to help them decide whether or not they, or their kids, should see a particular movie.

It goes without saying that most visitors to their site are cautious about what they view or they wouldn’t bother.  Because it’s a place for conservative Christians, a place that is all about family values, Christians should be able to trust them.

But they propped up Judah Smith.  What are Christians to do with that?

Now back to my point.  MG sent out an email with a link to an interview with Judah Smith where he was asked to give his opinion of New Age Catholics Roma Downey and Mark Burnett’s (unbiblical) TV series A.D.  The Bible Continues.  Not surprisingly, he indicated that he found no fault in A.D.  He told the interviewer: “I loved it.”

He loved it?  Clearly he didn’t pick up on the heresy and blasphemy contained in the series.  (Neither did MG)  In her review of A.D., Sunny Shell pointed out that it “succeeds in fallacious depictions of Christ, His apostles, His disciples and other people who played a role in the life, death and resurrection of Jesus the true Son of God.” (Source)

Evidently Smith thinks that it’s okay to take “creative license” with the Word of God because, again, he loved the movie.

The interviewer also inquired about his interest in Hollywood and he told her “we’re doing more and more there” and that Hollywood has become “our home away from home.”  Finally, he added with a grin: “It is a spiritual city filled with beautiful people.”

What planet has he been living on?  Hellywood (this is not a typo) is filled with beautiful people alright.  Beautiful narcissists! He’s right that they’re spiritual people.  What he failed to mention is that their “spirituality” is steeped in New Age/New Thought beliefs.  It’s no secret that a large number of the “beautiful people” in the entertainment industry are far-left Christ haters.

Equally disconcerting is Pastor Judah’s behavior at JAM 2010.  While on stage he crooned a few bars from one of Taylor Swift’s hit songs as his fans squealed with delight.   He told them that he often sings Swift’s songs to his wife….and then he made this stunning pronouncement:  “My wife likes my singing and it usually leads to sex.” (Source )

Ted Baehr is the Editor-in-Chief of Movieguide.  As such, isn’t part of his responsibility to review people he endorses as well as movies?   Had someone done that with Judah Smith, I doubt MG would have sent an email alert encouraging subscribers to watch “Pastor of Justin Bieber Speaks OUT on Christianity in the Media!”  Had MG done their homework they’d have discovered, among other things, his blatant abuse of the Lord’s holy Name.  And that, according to MG’s standards, would have earned him a red light in the “language” category.  (Green is good, red, not so much.)

Ever hear of the term “low-information voter” (LIV)?  In a nutshell, LIVs get in a dither about emotional issues, but are rarely able to come up with a well reasoned argument.  Because they don’t care about politics or what’s going on in the world, they’re uninformed about the issues — but they vote anyway. Moreover, they’re highly opinionated even if they have no clue what they’re talking about.  Sadly, the same can be said of evangelicals, including clergy…high profile leaders…Bible teachers…authors…entertainers and so on  For them I coined the term low-information evangelical (LIE).  Without getting too far afield, many of pastors, leaders, teachers and celebs are LIEs.  They may be hugely influential in the Church but they have no clue what they’re talking about! 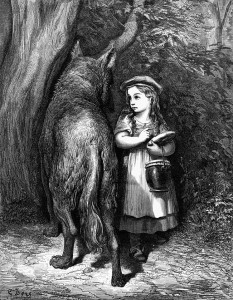 Sad to say, in some cases LIEs are not true Christians.  Not at all.  They are false converts!  Likewise, a slew of LIEs are wolves in sheep’s clothing who could care less about the flock.  Their aim is to pull the wool over the sheep’s eyes and pick their pockets.

Let’s face it.  When a professing Christian writes a book that becomes a New York Times Best Seller, his or her theology, no matter how unbiblical it might be, will likely be adopted as gospel truth.  Sadly, believers will trust pretty much anyone who’s had a book published….or anyone who appears on TBN, CBN, Daystar, God TV, Sid Roth and Oprah.  Christians love celebs!

One last thing.  When I finished listening to Pastor Judah talk to Movieguide I read the Comments.  One commenter, Jennifer, offered her impression of the interview: “Well, that was pointless.”  Jennifer nailed it.

Pastor of Justin Bieber Speaks OUT on Christianity in the Media!

Fox News interviews Judah Smith   Here Smith is given an opportunity by Fox News commentator Lauren Green to share the gospel of Christ, but he never does.  Instead he tells Green that the Bible is a “book” a “beautiful multi layered narrative.  It’s a story.  That’s really all it is.  It’s not a collection of ethics and codes and morals as I think a lot of people believe.  It’s a beautiful story….it’s a love story….it’s a romance.”  Sadly, he never tells viewers what the beautiful story’s about – a loving God reconciling fallen man to Himself by sending His only Son as a propitiation for our sins.  (Colossians 1:22) Is that so hard to communicate?  This “pastor” never once mentions the Name above all Names, our Lord and Savior Jesus Christ.  Watch it and weep.

Jesus Culture and Judah Smith to Join Piper, Moore, Chan and Others at Giglio’s Passion 2013—By Erin Benziger