God reveals who He is and His ways in His Word, the Bible. Although God has made Himself known to mankind in the pages of Scripture, they have rejected His revelation of Himself and “exchanged the truth” about God for “the lie.” Instead of worshiping God, they worship His creation.

In his piece over at truthXchange, Peter Jones tackles The Lie that human beings are part of nature and that nature is divine, and then he reveals The Truth: 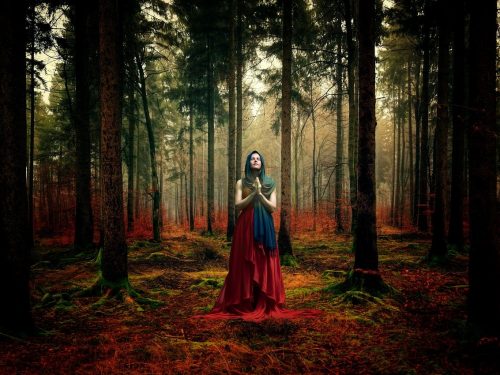 This question about existence seems very simple, but human beings can only answer it by faith, since not one of us can stand outside of existence to make an “objective,” all-knowing judgment about the nature of things. We need help. The only possible answers are Oneism or Twoism.

Oneism begins with the conviction that human beings are part of nature and that nature, as the origin of all things, is divine. It also assumes that we are all pure and innocent and that evil is just another side of good. These are two essential faith  convictions of Oneism. In the Bible’s account of reality, however, we don’t start with a clean slate of beautiful intentions to love our neighbor and our God with all our heart and soul. We begin, instead, with realism about conflict in our world. We understand that a false definition of existence keeps us in willful ignorance of our truly rebellious state. On this false sense of innocence we build a false notion of God.

The Bible speaks of “the lie,” fabricated by the Father of Lies (Satan), who rejected God before the creation of humanity. The Lie Satan brought to us is a refusal to recognize that we, like all created beings, are accountable to God, the transcendent Creator Lord. The Lie calls the Author of life an Arch-Liar, and constructs human religious thinking on the basis of a fundamental misrepresentation of the truth. This false, pagan view of God is a death blow to any genuine wisdom about the ultimate issues of life. Paul says: although they knew God, they did not honor him as God or give thanks to him, but they became futile in their thinking, and their foolish hearts were darkened (v.21). Such darkened hearts lead to a deadly exchange in Romans 1:25: They exchanged the truth about God for the lie, and that of v.18, …[they] suppress the truth by their wickedness. Human beings know God in the depth of their being, but refuse to act in light of such knowledge. But they do act, because they do have a need for spirituality. The knowledge of God is at the core of our being as humans, so if we reject the Creator God, we will make for ourselves another form of the divine. Paul captures this in one profound phrase: they worshiped creation (v.25).

This is worship, not just an intellectual denial. This denial is expressed in three areas: what we believe about who God is, what we believe about spirituality, and what we believe about sexuality [We will develop these latter two issues in forthcoming blogs]. Regarding God, those who worship creation are living in fundamental, generalized rebellion. That rebellion stems from the way we think about God and about his self-revelation in nature and in words. This is why we speak of “theology,” made up of two words:  “theos,” (God), and “logy” (logos), that is, words or thinking about God. So we see why Paul says they “exchanged the truth” about God for “the lie.” Something deep goes on in the human mind. Continue reading