I stumbled upon this gem over at Apprising Ministries that was penned in 2005 by G. Richard Fisher of Personal Freedom Outreach. Ken Silva ran across Fisher’s piece and posted it on AM in 2011. In it Fisher presents his view of why discernment ministries are necessary. For example, discernment ministries like AM and PFO (and Berean Research) hammer home the fact that the Word of Faith movement is not biblical Christianity — it is a theological cult.  WoF “may superficially speak of Christ,” says Fisher, “but their Christology of a born-again Jesus who suffered in hell, denies the Christ of the Bible and is rank heresy. Using Christian words and defining them in non-Christian ways is the essence of deception and cultism.”

With this background in mind, listen as Richard Fisher argues why online apologetics and discernment ministries are important. He writes: 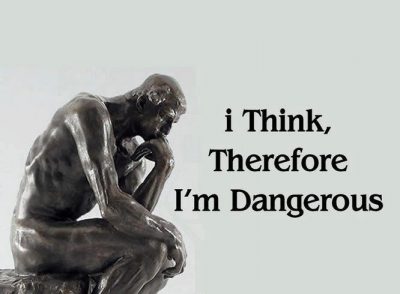 In a day of pluralism and tolerance, apologetic and discernment ministries are viewed by some as antiquated, unneeded, and in the way of getting together and getting along.

In a day when unity is put far above truth, counter-cult ministries are seen as passé and even obstructionist.

Televangelists and Word Faith teachers can draw tens of thousands to their meetings while discernment confer­ences struggle to get a hundred. Truth, clear thinking, and biblical precision are definitely not in, and heresies are gaining popularity. Orthodoxy is out and false doctrine is in vogue.

Of course, there are many reasons for this: Men love darkness rather than light. We have an unseen enemy who goes about like a roaring lion. And liberalism has so eroded confidence in Scripture that many are turning to mysticism and experience. Subjectivism is the drug of choice. Many of the religious are addicted to their own adrenaline.

Truth be known, the deception is getting deeper and more subtle. This only underscores the need for organi­zations such as Personal Freedom Outreach. Someone needs to sound the alarm. Without discernment minis­tries, who will do it?

The evangelical Church has tried so hard to be relevant to the world that it is becoming irrelevant. Rather than compromise with the dominant culture, we need to stand more strongly for our distinctives and distinctiveness.

The Apostle Paul warned us in 2 Timothy 3 that deception would be as alluring and impressive as the magicians of Moses’ day (v. 8). The antidote, Paul says, is to carefully follow doctrine (v. 10), but few are listening. Paul further warns that “evil men and seducers will grow worse and worse, deceiving and being deceived.” (v. 13).

Deception has multiple masks. Deception is hard to spot. Deception is covered with religious clichés de­signed to deceive and that is why we need all the help we can get from those with discernment. Deceivers are tricky and most times wear disguises. Deceivers may even say they believe in Jesus, so we fail to stay alert to what they layer onto the name of Jesus. Some may not even ask, “Which Jesus?”

Take, for instance, the following testimony. Read it slowly and see if you can find anything wrong with it…  Continue reading

Be sure to take a look at our White Paper on Discernment.

Parents: If your church is “Turning Orange…”
Saddleback and its Meulenberg dilemma