Posted By Marsha West on May 9, 2016 in Evil, Homosexual Agenda, Politics, Transgenderism 0
Share

In a piece I posted earlier this week entitled, Small Acts of Cowardice are Destroying Our Culture, I stated the following:

David French of National Review reminds us of the sad truth that “cultures are won and lost through tiny victories and defeats, and for a generation, the vast majority of then victories have gone to the left.”

Conservatives didn’t fight back says French.  Instead “‘reasonable’ people made the easy choice to go with the flow of cultural upheaval.”

The American people, especially parents and grandparents, may change their minds about going with the flow after reading The Daily Signal’s report on the radical LGBT’s agenda. In this piece, Roger Severino reveals some of what far-left loons have in store for this nation: 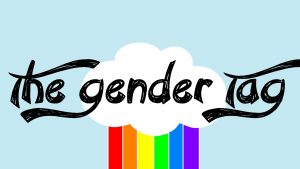 According to Chicago Public Schools, sex is merely “a label a person is assigned at birth” and that the reality lies in one’s internal “psychological knowledge” of their own gender “regardless of the[ir] biological sex.”

Chicago Public Schools announced on Monday that students and staff must be granted unfettered access to intimate school facilities based on their chosen gender identity.

Put concretely, boys now have the “right” to undress in the girls’ locker room before gym class so long as they say they would feel more comfortable doing so. Kids and teens have many things to worry about as they grow into adulthood and get an education. But having to deal with people of the opposite sex in their bathrooms and showers shouldn’t be one of them.

This latest front in the bathroom wars proves that same-sex marriage was merely the start, not end, of the left’s LGBT agenda. As demonstrated by enforcement actions by the Department of Justice, private lawsuits, and court decisions, the radical left is using government power to coerce children into pledging allegiance to a radical new gender ideology over and above their right to privacy, safety, and religious freedom.

Of course, when Title IX was passed in 1972, “sex” referred then to what it still refers to now: the basic biological reality of being male or female. Nevertheless, having made their discovery to the contrary (over 40 years after the law was passed), the administration went around the country threatening schools with revocation of millions in educational funds if they did not allow kids unfettered access to the locker room of their choice.

A law from the 70s designed mostly to protect girls and women from sexism and harassment in schools is now being used to grant boys the right to undress in the girls’ locker room (and vice versa), all in the name of psychological comfort and acceptance.

In a weak acknowledgement of the uproar this will cause, Chicago Public Schools says students that are not gender confused “should” be allowed access to alternative facilities. So, for example, if there are 50 girls who object to a boy undressing in front of them, it is the 50 girls, not the boy, who must go change in “single stall restrooms” elsewhere. Of course, the odds are high that school officials on the lookout for any sign of “bullying” will take careful note of which students leave the locker rooms, presuming they are allowed to leave at all.  Continue reading

Small Acts of Cowardice are Destroying Our Culture