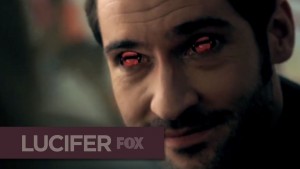 (Christian News Network)  A new television drama to be released by Fox next year will seek to glamorize the devil in a hypothetical story about Satan’s earthly life as the owner of a posh nightclub in America’s City of Angels.

“Bored and unhappy as the Lord of Hell, Lucifer Morningstar has abandoned his throne and retired to L.A., where he owns Lux, an upscale nightclub,” a description of the series reads on the Fox website.

“Charming, charismatic and devilishly handsome, Lucifer is enjoying his retirement, indulging in a few of his favorite things—wine, women and song—when a beautiful pop star is brutally murdered outside of Lux,” it continues. “For the first time in roughly 10 billion years, he feels something awaken deep within him as a result of this murder. Compassion? Sympathy? ”

Lucifer then becomes involved to help solve the murder mystery with his demonic influence, and is torn between good and evil as he is summoned back to Hell by a dark winged angel who speaks on behalf of God.

“As they work together to solve the pop star’s murder, Lucifer is struck by [the detective] Chloe’s inherent goodness,” Fox explains. “Accustomed to dealing with the absolute worst of humanity, Lucifer is intrigued by Chloe’s apparent purity and begins to wonder if there’s hope for his own soul yet.”

“[C]an the devil incarnate be tempted toward the side of good, or will his original calling pull him back toward evil?” the network asks.

While some have opined that the drama is harmless entertainment, noting that it is based on a story line in DC Comics, others state that glamorizing Satan before impressionable minds sends the wrong message about the demonic.

“It was only a matter of time before Hollywood gave the devil a prime time television show on a big network,” wrote Joe Schimmel of Good Fight Ministries and host of the documentary “Hollywood’s War on God” in an online post this week. “After all, for the last several years, Hollywood has portrayed everyone from meth dealers to sexual deviants as ‘cool,’ while depicting Jesus as a cuss word!”

He said that the television show appears to suggest a number of false ideas about the devil, including that he is lording over Hell as ruler, and that he is a benevolent, in vogue being.

“Satan is not in the business of kindly helping the LAPD solve crimes,” Schimmel explained. “Rather, he and his demonic minions are busy inspiring the most heinous crimes imaginable. Jesus said, ‘He was a murderer from the beginning,’ (John 8:44) and comes ‘to steal and kill and destroy.’ (John 10:10)”

The pastor of Blessed Hope Chapel in Simi Valley, Calif. said that viewers should be told the truth about the malevolent and destructive nature of the devil.

“We should warn those who will be watching Fox’s Lucifer, who are seduced into thinking that he is a ‘cool guy,’ about his truly diabolical nature and malicious designs (2 Corinthians 2:11),” Schimmel stated. “They need to know that Satan hates them and his desire is to drag them down to Hell with him.”

Better gear up for the 5 major changes coming to the Church
Hillsong: The multi-million dollar “crazy cult”