Posted By Marsha West on February 16, 2016 in Abortion, Politics 1
Share

Kim Jong-Il really loved the people of North Korea. In an incredible documentary called “Inside North Korea” he shows how he cares about the health of his people so much that when they were suffering from poor vision and even blindness, he hired famous cataract surgeon Sanduk Ruit to come in and provide free eye surgery for many North Koreans.

Of course I hope you realize how stupid the title of this post is. The documentary does an incredible job of revealing how crazy this situation is. The people are suffering from blindness because of malnutrition – malnutrition caused by the evil North Korean regime. Maybe the most fascinating part of the documentary is when the people see for the first time post-surgery. None of them thank Dr. Ruit, but each and every one of the “healed” begins praising Kim Jong-Il.  You could even call it worship. One man even declared his desire to please Jong-Il by killing as many Americans as he could. 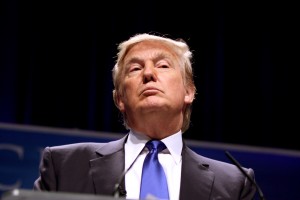 I hear some of the ISIS people really spend a lot of time with their children, taking care of them and making sure their needs are met.  They also spend time training them to murder infidels so I wouldn’t call those things wonderful. Of course a company will try to expand its business in order to make more and more money. But the idea that planned parenthood does wonderful things not only is impossible but I think it reveals the fact that the candidate that said those words, is not going to fight for the end of abortion and is most definitely not pro-life. Planned parenthood is evil not only because it is anti-life, but as we have already seen it is completely anti-woman.

When sin entered the world all human beings inherited a sin nature, and part of this sin nature causes us all to think more highly of ourselves, to be blinded about how much evil we are actually capable of and is already in our hearts. Trump’s statement is a reminder about the depravity of man. So many people struggle with believing that man is completely evil. Instead thinking that we are a mixed bag of some bad things and many wonderful things.

The Bible simply doesn’t allow for some type of scenario where a human being could be seen as good in any way, shape, or form, in fact, the Bible says that you can’t serve both God and Mammon, it’s one or the other. There is no in-between. Paul, after listing all his accomplishments and good deeds in Philippians chapter 3 states that he exchanged them all for Christ. He was willing to call them filthy rags.  He was willing to admit that they actually condemned him further since he was trusting in them to save him.  Continue reading

Antonin Scalia, RIP
Goddess Worship in America and How It’s Affecting the Church