It shouldn’t surprise anyone that high-profile Christian business men would “leverage their ‘success’ as executives to project themselves as expert advice-givers to pastors,” as Ed Stetzer and Thom Rainer are doing. What is surprising, though, is that pastors would be interested in receiving advice on pastoring from business executives. According to Gideon Knox, both Stetzer and Reiner are into career coaching.  The term for this is “life coach.” For those who don’t know, life coaching has its roots in the “Human Potential” movement which blends secularism and religion to help people achieve their goals. The aim is to cultivate “extraordinary potential that its advocates believe to lie largely untapped in all people.” This movement is New Age at its core.

Gideon Knox of Pulpit & Pen shares why he thinks Christian leaders have adopted secular humanistic philosophy and are promoting what is clearly an anti-God philosophy to the Body of Christ. He writes: 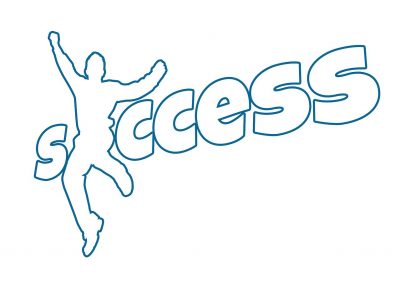 Thom Rainer, President of Lifeway ‘Christian’ Resources, believes so much in the principle of Biblical mentorship that he has offered to indiscriminately mentor people for the low low price of only $249.47 per month. To be fair, that price is for the Platinum Mentorship Program, in which you’ll actually be entitled to having a video conference call with Rainer (not one-on-one, obviously). But if you would settle for being put on his email list (there’s a disclaimer that he doesn’t guarantee he’ll respond to an email), you can enroll in the Premium Package for only 49.97 per month.

Ed Stetzer, former executive at Lifeway and now fill-in at Moody Bible Church and professor at Wheaton College, has also entered the pay-to-be-mentored fray. The “Stetzer Coaching Class” is offering enrollment for $19.97 in exchange for four videos a month from Stetzer, teaching pastors how to do pastoral ministry. That Stetzer’s own church plants haven’t exactly been successful notwithstanding, it’s a great price for the pastor who desires more mentorship, but doesn’t want the bother of actually interacting with their mentor (you don’t get to call or email Stetzer, but you do get to join a Facebook group he’s created). You will also receive a 10% discount on his church growth book, Breaking the 200 Barrier.

Rainer and Stetzer are two career executives in the Evangelical Industrial Complex, who along with Eric Geiger (the VP of Lifeway), focus intensely on leadership development and – for a price – will provide you all the tools you need to succeed. Called “coaching” or “mentoring,” these men leverage their ‘success’ as executives to project themselves as expert advice-givers to pastors, and pastors seem altogether interested in receiving advice on pastoring from…non-pastors. The growing veneration of life-coaching in evangelicalism might best be demonstrated in a post at the Social Gospel Coalition, venerating foul-mouthed inspirational speaker and life coach, Tony Robbins. Asking Christians to learn from non-Christian, Tony Robbins, on behalf of TSGC was Mike Cosper, who is an associate of Stetzer, who recently endorsed his latest book.

The close-knit group of Evangelical Intelligentsia are here to help us, and for a low monthly fee, they can provide that genuine care and discipleship we need to self-actualize our Gospel™ potential.  Continue reading

One Response to We Are Now Offering Mentoring to Lifeway Executives