Posted By Marsha West on December 7, 2015 in Roman Catholicism
Share 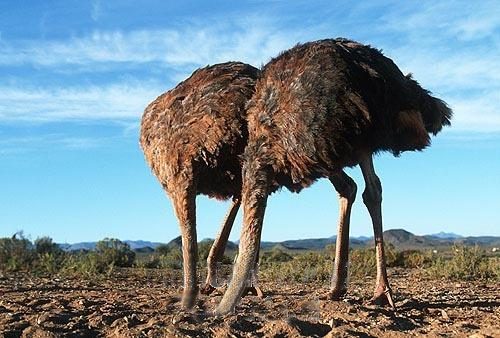 “The Catholic who wonders what to think about Islamic terrorism and then consults his Catechism only to find that ‘together with us they adore the one, merciful God’ will likely conclude that terrorists are distorting and misinterpreting their religion. Confident that the Church has spoken definitively on the matter, he’ll roll over and go back to sleep.”

If some folks – including many Catholics – have felt uneasy about some of the things the current Pope has said about Islam, they would be quite right to feel that way. Even allowing for a hostile secular media, when we read his actual words – sometimes from a speech, sometimes from an impromptu media interview given on an airplane, etc – we find much that is of concern.

It is not my intention here to list every worrying thing he has said and done, nor to get into a fight with my Catholic friends. And of course as a Protestant, I am quite aware of, but not bound by, notions of Popes speaking ex cathedra and so on. What is my intention is to point out a few basic truths.

To help make this discussion, I want to rely upon just one very aware and well-read Catholic, William Kilpatrick. He has written plenty on Islam, and I continually find his observations and assessments to be top-notch. Back in 2012 he wrote a superlative volume entitled Christianity, Islam and Atheism. I review it here

I encourage everyone to grab a copy of this masterful book and read it carefully. He has also written scores of invaluable articles on this topic as well, and they are all well worth reading. So let me offer some of his remarks on various aspects of this.

It would be well known that in one key Catholic document, its Catechism, next to nothing is said on Islam. Indeed, we simply find one very short paragraph which many of us find far from ideal:

The Church’s relationship with the Muslims. “The plan of salvation also includes those who acknowledge the Creator, in the first place amongst whom are the Muslims; these profess to hold the faith of Abraham, and together with us they adore the one, merciful God, mankind’s judge on the last day.”

This of course is simply a quote from the 1964 Dogmatic Constitution on the Church, Lumen Gentium. So that is all we have on the issue of Islam, and many will find it theologically unsatisfactory. But I will leave theological concerns aside here, and devote my time to the rather unhelpful view of Islam itself as a political ideology. Says Kilpatrick:

It’s not at all clear that today’s Church leaders possess a … clear-eyed understanding of Islamic theology/ideology. The current outreach to Islam seems to be based more on wishful thinking than on fact. And, as Pope Francis himself observed in Evangelii Gaudium, “Ideas disconnected from realities give rise to ineffectual forms of idealism” (232).
“Ideas disconnected from realities” is a good way to describe the Church’s Islam policy. That policy does not seem to have done much to prevent persecution of Christians in Muslim lands. How about Catholics who do not live in the danger zones? Catholics who live in the West and rely on the Church for their understanding of Islam can be forgiven if they still remain complacent about the Islamic threat. That’s because there is absolutely nothing in recent official Church statements that would lead them to think that there is anything to worry about. Lumen Gentium? Nostra Aetate? The Catechism of the Catholic Church? Evangelii Gaudium? All discuss Islam, but not in a way that would raise the slightest concern. The Catholic who wonders what to think about Islamic terrorism and then consults his Catechism only to find that “together with us they adore the one, merciful God” will likely conclude that terrorists are distorting and misinterpreting their religion. Confident that the Church has spoken definitively on the matter, he’ll roll over and go back to sleep.
Conversely, Catholics who do not rely strictly on the Church for their assessment of Islam are in for a bout of cognitive dissonance. On the one hand, they know what the Church says. On the other hand, they can read the news and note the obvious discrepancy. As time goes by and as car bombings and beheadings occur at more frequent intervals in the West, dissonance is likely to be replaced by disrespect. Church officials who keep repeating the one-sided narrative about “authentic” Islam will lose credibility. Catholics won’t necessarily lose their faith, but it will be sorely tested. At the least, they will stop trusting their bishops on this issue. The trouble with “ideas disconnected from realities” is that they eventually do bump up against realities, and when they do, the bearers of those ideas lose respect. A good case can be made that Catholic leaders should pursue a policy geared toward weakening Muslims’ faith in Islam (a proposition I will discuss in the next installment), but the current policy seems more likely to undermine the faith that Catholics have in their shepherds. It’s ironic that a Catholic can get a better grasp of the Islamic threat by listening to a short speech by President el-Sisi than by listening to a hundred reassuring statements from Catholic bishops.

Like me and many others, Kilpatrick is not exactly thrilled with the notion that Christians and Muslims worship the same God. … Continue reading

God’s New Sound
Praising God Through it All

One Response to On Catholicism and Islam