Posted By Marsha West on July 16, 2015 in Religious Freedom
Share 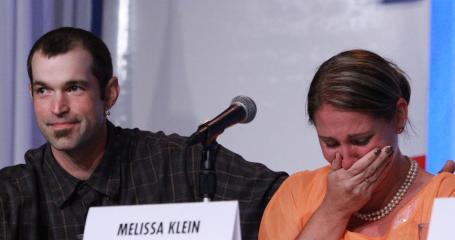 (Christian News Network) Media outlets that asserted that the owners of a Christian bakery in Oregon were not ordered to pay damages for refusing to bake a cake for a lesbian’s same-sex ceremony, but were rather punished for “publishing” the women’s addresses, are retracting their claims and apologizing for disseminating inaccurate information.

Raw Story published an article last week entitled “Oregon Bakers Weren’t Fined Over Cake, They Were Punished for Sharing Lesbian Couple’s Home Address.” It noted that it obtained the information from a column called “Love, Joy, Feminism” posted on Patheos, which likewise asserted that the damages the bakers were ordered to pay were reflective of the address incident.

However, while the order issued by Brad Avakian of the Oregon Bureau of Labor and Industries briefly mentions the instance, he specifically refused to grant the women’s request for additional damages over their claim that exposure in the media and on social media caused them emotional distress.

“In this case, the ALJ proposed that $75,000 and $60,000 are appropriate awards to compensate complainants … respectively for the emotional suffering they experienced from respondents’ denial of service,” he continued.

Avakian also explained that one woman was awarded less because “she was not present at the denial and the ALJ found her testimony about the extent and severity of her emotional suffering to be exaggerated in some respects.”

The order from BOLI outlines that the complaint form that one of the women completed included a disclaimer noting that once submitted, their information would now become “subject to Oregon’s public records law.” This means that the personal address and phone number that was supplied might be able to be seen by the public and Aaron and Melissa Klein of Sweet Cakes by Melissa.

However, the woman says that because she submitted the form via her Smartphone, the disclaimer “was not visible.”

Therefore, upon submission, a complete copy of the women’s consumer complaint against was sent to the Kleins. Aaron Klein, who had just recently created a Facebook page and had only 17 friends at that time, posted the complaint to show his friends, “[T]his is what happens when you tell gay people you won’t do their wedding cake.” Continue reading