Posted By Marsha West on June 30, 2015 in Judicial Activism
Share 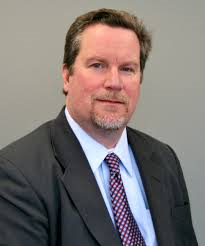 Commentators have missed the real significance of Justice Antonin Scalia’s dissent in the gay marriage case. He calls the decision a judicial “Putsch,” an attempt to overthrow a form of government—ours. His dissent, joined by Justice Clarence Thomas, was written “to call attention to this Court’s threat to American democracy.”

His comment about the Court using the kind of reasoning we find in a fortune cookie is a funny line. But there is much of the Scalia dissent that is not funny and which serves as a warning to the American people about what the Court has done to us.

Scalia understands the power and meaning of words and he chose the word “putsch” for a specific purpose. One definition of the term means “a secretly plotted and suddenly executed attempt to overthrow a government…” Another definition is “a plotted revolt or attempt to overthrow a government, especially one that depends upon suddenness and speed.”

Hence, Scalia is saying this was not only a blatant power grab and the creation of a “right” that does not exist, but a decision that depends on public ignorance about what is really taking place. It is our system of checks and balances and self-rule that has been undermined, he says.

In that sense, he is warning us that we need to understand the real significance of this decision, and go beyond all the commentators talking about “marriage equality” and “equal rights” for homosexuals. In effect, he is saying that the decision is really not about gay rights, but about the future of our constitutional republic, and the ability of the people to govern themselves rather than be governed by an elite panel making up laws and rights as they go.

Scalia’s dissent cannot be understood by listening to summaries made by commentators who probably didn’t read it. Although I may be accused of exaggerating the import of his dissent, my conclusion is that he is calling for nothing less than the American people to understand that a judicial dictatorship has emerged in this country and that its power must be addressed, checked, and overruled.

The implication of his dissent is that we, the American people, have to neutralize this panel, perhaps by removing the offenders from the court, and put in place a group of thinkers who are answerable to the Constitution and the people whose rights the Court is supposed to protect.

He says the majority on the court undermined the main principle of the American Revolution—“the freedom to govern themselves”—by sabotaging the right of the people to decide these matters. The Court destroyed the definition of marriage as one man and one woman “in an opinion lacking even a thin veneer of law.” In other words, the Court acted unlawfully and unconstitutionally.

Scalia called the decision “a naked judicial claim to legislative—indeed, super-legislative—power; a claim fundamentally at odds with our system of government.”

Justice Scalia goes on, however, to attempt to explain why this is happening. He basically says, in so many words, that the majority of the Court is un-American, completely out of touch with American traditions and the views of ordinary Americans. He rips the Federal Judiciary as “hardly a cross-section of America,” people from elite law schools, with not a single person from middle-America, and not a single evangelical Christian or even a Protestant of any denomination. He calls the Court, on which he serves, a “highly unrepresentative panel of nine,” that has engaged in “social transformation” of the United States.

One cannot help but think that Scalia wants readers to recall Obama’s promise of the “fundamental transformation” of America, except that in this case Obama has been assisted by five judges who did not represent, or even care about, the views of America as a whole.

While Scalia zeroed in on his colleagues on the Court, we can easily apply his analysis to the unelected members of the liberal media who pretend to offer the American people an objective and sensible interpretation of the decision.

On CNN, for example, anchor Brooke Baldwin “moderated” a discussion between lesbian liberal Sally Kohn and liberal pro-gay “Republican” Margaret Hoover. The only issue was when the Republican Party would accept gay rights and sell out conservative Christians. Baldwin herself is a member, or at least a supporter, of the National Lesbian & Gay Journalists Association.

Conservatives watching Fox News and hoping for a pro-traditional values perspective are likely to be seriously disappointed as well. The new Fox star, Megyn Kelly, is getting rave reviews from the liberals for defending homosexual and transgender rights. A special report by Peter LaBarbera examines how Fox has been almost as biased on this issue as other media, calling the channel “unfair, unbalanced and afraid.” The word “afraid” describes the general failure to challenge the homosexual movement, into which Fox News has been pouring a significant amount of money for many years. Indeed, some “conservatives” have gone way over to the other side, with Greg Gutfeld, another rising Fox star, insisting that gay marriage is a conservative concept.

The Scalia dissent demonstrates why the fight for traditional values cannot and must not stop. That fight must continue because our form of democratic self-government is in grave jeopardy, and has in fact suffered a major blow. A federal constitutional amendment to protect traditional marriage is one obvious course of action. But that won’t solve the basic problem of an emerging judicial dictatorship willing to redefine historical institutions, make up rights, and defy common sense.

The court’s reputation for “clear thinking and sober analysis” is in danger because of this terribly misguided decision, Scalia writes. In other words, the Court is drunk with power and cannot see or think straight.

The same can be said about the major media, which cover this decision as just another controversial ruling that people will disagree on.

In fact, as the Scalia dissent notes, this decision will live in infamy. It is as if a Pearl Harbor-type attack has been achieved on America’s moral fabric and constitutional foundations.

In this context, Scalia talks about the Court overreaching its authority and moving “one step closer to being reminded of our impotence.” In my view, this is an open invitation for responsible elected officials to take power away from this Court and return it to the people.

But how will the Republican Party respond? Some big money players are demanding the white flag of surrender, so the GOP can “move on.” This is what the British “Conservative” Party has done, and we see the consequences there, as Christians are now being arrested by police or fired from their jobs for expressing views in favor of traditional values and traditional marriage.

Scalia’s discussion of “social transformation” of the United States without the voluntary input or approval of the people captures the essence of the coup that has been carried out. This process now has to be explained in terms that most people understand. It is, in fact, the phenomenon of cultural Marxism, an insidious process explained so forcefully in Professor Paul Kengor’s new book, Takedown.

As Kengor notes, gay marriage is only the beginning of this cultural transformation. By redefining the historical institution, the Court has opened the door to multiple wives, group marriages, sibling marriages, fathers and stepfathers marrying daughters and stepdaughters, and uncles marrying nieces.

A country that descends to the bottom of the barrel morally and culturally will not be able to defend itself against its foreign adversaries and enemies. Indeed, we have the evidence all around us that, as the culture has degenerated, our ability to defend ourselves has simultaneously been weakened. The recent Pentagon gay pride event featured a male General introducing his husband, as a transgender Pentagon civilian employee looked on.

The next step, from the point of view of those objecting to this fundamental transformation of America, has to be to find those elected leaders willing to act. The presidential campaign of 2016 is an opportunity to find out who understands the crisis and whether they have a way out.

Talk show host Montel Williams compares gay marriage opponents to ISIS, Taliban
The US Supreme Court “gay marriage” ruling – how we got to this, and what do we do now?

One Response to Overthrow the Judicial Dictatorship