Last year we learned that Perry Noble was removed as senior pastor of the church he founded. The NewSpring Board of Directors announced that it was “a difficult and painful decision” to remove Noble, adding that he was “no longer qualified to serve as pastor.” Shane Duffy announced to the church that Noble “had made unfortunate choices and decisions that have caused much concern.” Duffy said the directors had confronted Noble about his alcohol use and his “posture toward marriage.” Founder or not, the board felt they had no choice but to fire him.

Sixteen months later Noble announced that he and his wife are divorcing. Since they’re both professing Christians we can only assume that the reason for the divorce is biblical. There are two clear grounds for divorce: (1) sexual immorality (Matthew 5:32; 19:9) and (2) abandonment by an unbeliever (1 Corinthians 7:15).  But Bible believing Christians must keep in mind that “I hate divorce, says the Lord God.” (Malachi 2:16)

Now to The Wartburg Watch’s story on the disgraced former pastor’s divorce announcement: 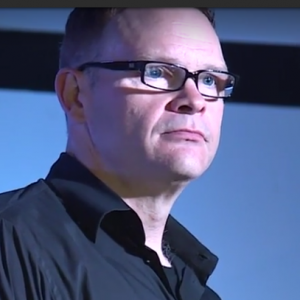 Perry Noble, former senior pastor of NewSpring Church in Anderson, South Carolina, has announced via Faithwire that after 17 years of marriage, he and his wife Lucretia are calling it quits. See screen shot below.

“This is one of the most difficult things I’ve ever communicated, and I understand it will be even more difficult for many of you to read. After being married for 17 years I have found myself in a place I never imagined I would be — as no one who has ever been married ever dreams in a million years that their marriage will one day end in divorce.

“However, that is where I find myself at this point in time.

Noble founded NewSpring Church in early 2000, around the same time that he and his wife were married. The church, which is affiliated with the Southern Baptist Convention, became a mega in fairly short order.

However, it hasn’t been all roses with NewSpring. There have been some serious problems in this church’s short history. Remember Pajama Pages?

Then on July 1, 2016, leaders at NewSpring Church issued a statement saying they have removed Perry Noble as Senior Pastor due to alcohol and family issues (See screen shot of most of the statement below)  Continue reading

Alcoholic Pastor, Perry Noble, Says He Will Not Return to Ministry

Lysa TerKeurst coming to Athens. Do not go to see her.
“Should we take our kids to see ‘The Star’ film?”