Posted By Marsha West on August 4, 2015 in In the News
Share 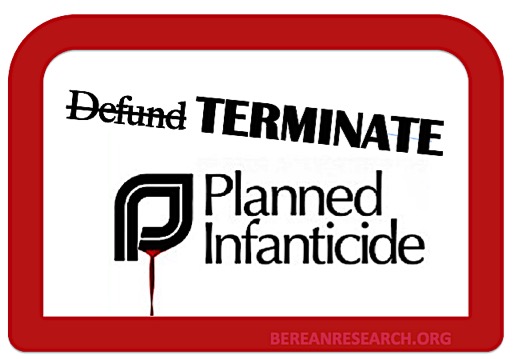 (Fox News) A Planned Parenthood executive admits in an undercover video that her doctors alter abortion procedures and she manipulates prices to accommodate specific fetal tissue harvesting requests — including delivering fully intact fetuses — though doing so may violate federal law.

In the nearly 16-minute, edited video, the fifth released by Center for Medical Progress, a woman identified as Melissa Farrell, director of research for Planned Parenthood Gulf Coast, discusses pricing for specimens — ranging from intact fetuses to tissue and organs — for outside tissue procurement companies.

“Yeah, and so if we alter our process, and we are able to obtain intact fetal cadavers, then we can make it part of the budget, that any dissections are this, and splitting the specimens into different shipments is this,” Farrell said. “I mean it’s all just a matter of line items.”

Planned Parenthood has denied breaking any laws and has said payments discussed in the videos relates to reimbursement costs for procuring the tissue — which is legal.

However, Farrell tells undercover investigators from the center multiple times that abortion doctors can change a procedure in order to procure intact specimens.

“And you know, when it matters, you know in the cases of when it’s mattered, you know, physicians also need an intact specimen, they can make it happen,” said Farrell, noting that some of the clinic’s doctors have research projects of their own for which they’re collecting specimens.  Continue reading

Planned Parenthood and the Barbarity of America
Epic fail: Vallotton’s 5 non-biblical tests for a true prophet