Fans of Jen Hatmaker may not realize that she follows the same basic playbook used by former megachurch pastor and Oprah Winfrey pal Rob Bell and other progressive “Christians.” According to Michael J. Kruger, professor of Reformed Theological Seminary, the details may be different, but the overall point is the same.  Berean Research has posted numerous articles to show that even though they profess to be evangelicals, both Jen and her husband Brandon are firmly ensconced in the Religious Left. In other words, they’re progressives.  As you’re about to see, Jen rejects the inerrancy of Scripture.  A few years ago the Hatmakers came out in support of the LGBTQ community and in doing so the couple made it clear that they deny the biblical teaching on marriage, sexuality and family.

The purpose of Professor Kruger’s post “is to lay out the steps in [progressive’s] de-conversion playbook and offer a quick response to each of them.  My hope is to help others who hear these de-conversion stories and struggle with how to respond.” Kruger’s important essay is over at Canon Fodder: 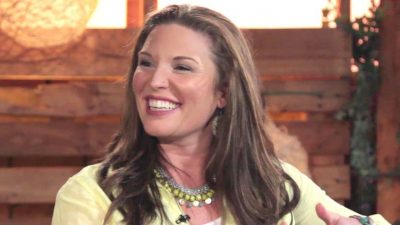 When it comes to reaching the “lost,” one of the most tried-and-true methods is the personal conversion story.  Whether done privately or publicly, it’s compelling to hear a person’s testimony about how they came to believe in the truth of the Gospel, the truth of the Bible, and embraced the Christian faith. Such testimonies can personalize and soften the message so it is more easily understood and received.

But when it comes to reaching the “found,” there’s an equally effective method—and this is a method to which the evangelical church has paid very little attention. It’s what we might call the de-conversion story.

De-conversion stories are designed not to reach non-Christians but to reach Christians.  And their purpose is to convince them that their crusty, backwards, outdated, naïve beliefs are no longer worthy of their assent.  Whether done privately or publicly, this is when a person simply gives their testimony of how they once thought like you did and have now seen the light.

Of course, there have always been de-conversion stories available throughout the history of the church—if one would only take the time to dig them up and listen to them.  Christianity has never had a shortage of people who were once in the fold and then left, hoping to take with them as many people as possible.

But, it’s also due to the fact that many of those who de-convert have realized a newfound calling to share their testimony with as many people as possible.  Rather than just quietly leaving the faith and moving onto other things—something that would have been more common in prior generations—there seems to be a new guard that has made it their life’s ambition to evangelize the found.

Indeed, many of these de-conversion stories are told with the kind of conviction, passion, and evangelistic zeal that would make any modern televangelist blush.  In their minds, they’re missionaries to the “lost” in every sense of the word.  They just have to help these Christians realize they are mistaken and lead them to the truth.

Modern examples of those in the de-conversion business are well known:  Bart Ehrman, Rob Bell, Peter Enns, and (as we shall discuss below) Jen Hatmaker.

Of course, each of their stories are different. Ehrman moved from fundamentalism all the way to agnosticism, with no desire to retain the label “Christian.”  In contrast, those like Bell would still consider themselves “Christian” in some fashion, maybe even an evangelical of sorts.

But what all these folks do share is the same background. They were all once what we might call traditional, evangelical Christians and have now come to see the error of their ways.  Whatever they embrace, it is no longer that version of Christianity.

I’ve seen a number of these de-conversion stories over the years in the books I’ve reviewed—a number by Ehrman, and some by Bell and Enns (you can find them all here).  And a few years ago, I had a number of guest blog posts responding to Enns’ “Aha Moments” blog series (see responses here).

But, I was particularly reminded of the power and impact of de-conversion stories when I listened to last week’s podcast of Jen Hatmaker being interviewed by Peter Enns (you can listen here).  This interview has been making the rounds, and I can see why.  She’s a friendly, charming and well-spoken woman who is easy to listen to.

And the title of her interview fits this de-conversion theme perfectly: “Changing Your Mind about the Bible: A Survivor’s Guide.”  As many know, the main issue Hatmaker changed her mind about is that she now fully affirms the LGBQT lifestyle as consistent with biblical Christianity.

But, Hatmaker’s journey in this interview is not as original as it might first appear. In effect, she simply follows the same basic playbook used by Rob Bell, Bart Ehrman and others. The details may be different, but the overall point is the same.

The purpose of this post is to lay out the steps in this de-conversion playbook and offer a quick response to each of them.  My hope is to help others who hear these de-conversion stories and struggle with how to respond.

Step #1: Recount the Negatives of Your Fundamentalist Past

For Hatmaker, her evangelical past included people who are afraid to ask questions, won’t let you ask questions, only give pat answers, and never acknowledge gray areas.  She says, “I had no idea that we had permission to press hard on our faith.”

Of course, there are some evangelical groups that are like this.  And it’s certainly possible Hatmaker is from one of these groups.  The problem, however, is that Hatmaker’s language is a caricature of evangelicalism as a whole.

Many evangelicals believe what they believe not because they are backwater bucolic yokels who are scared to press hard on the text, but precisely because they have engaged the text and are persuaded it teaches these truths.

Indeed, it’s usually evangelicals who are actually reading both conservative and liberal arguments and weighing them against each other. There are plenty of liberal seminaries and universities that never have their students read a single conservative book. And it’s supposedly evangelicals that are in the intellectual echo chamber?

It’s for these reasons, I grow weary of claims that evangelicals give “pat answers.” Liberal complaints against “pat answers” are typically just veiled complaints about answers in general. It’s just another version of the tiresome trope, “Religion isn’t about answers, it’s about the questions!”

This is why Hatmaker often describes herself as merely exploring or on a “journey”—it’s a way to disarm a postmodern world who wants there to be no answers (all the while she is happy to sneak her own dogmatic answers through the back door—more on that below).

Step #2: Position Yourself as the Offended Party Who Bravely Fought the Establishment.

One of the major themes of Hatmaker’s interview was the relational-social trauma she experienced as she left the evangelical world.  She says she was mistreated in ways that were “scary,” “disorientating,” “crushing,” “devastating” and “financially punitive.”

Of course, it’s difficult to sift through these sorts of statements. No doubt there were people out there who were cruel, mean and unchristian in their response to her.  And such behavior should be called out for what it is. It’s wrong.

At the same, there’s nothing illegitimate about people criticizing her newfound theology. Much of the response to Hatmaker was simply vigorous opposition to her new direction that many regard as fundamentally unbiblical and out of sync with the entire history of Christendom.

Regardless, the tone of the interview very much set Hatmaker up as an oppressed minority fighting against what she called “commercial Christianity.”  She is merely the victim of a powerful and cruel evangelical world bent on revenge.

Needless to say, some of this is difficult to swallow given the current cultural climate where LGBTQ-affirming people are embraced as heroes (including Hatmaker herself), and evangelicals are being fired, sued, and drug into court for simply believing marriage should be between a man and a woman.

And if one wants to talk about “satire” and “outrage” and internet “hit pieces,” Hatmaker might do well to observe the outrageous level of vitriol displayed by the LGBQT community, and its advocates in the mainstream press, toward any Christian who shows the slightest hesitation about our culture’s new sexual direction. The PC police are always on the prowl, ready to prosecute evangelicals who don’t comply.

On top of all of this, it’s a bit disingenuous for Hatmaker to complain about harsh and judgmental rhetoric when, as we shall see below, she turns around in this very interview and lambasts evangelicals with language that would make any good Pharisee proud.  (Continue reading)

Are All Angels Safe?
Meditation and the Art of Consciousness Hacking