Posted By Marsha West on September 13, 2017 in Discernment 2

Five years ago I penned a series of articles entitled “Liberals Created the Culture of Evil and Death.” Due to the aggressive tactics of the “fake news” media and counterfeit Christians, I decided to dust off part three and re-post a portion of it on Berean Research.  One of the liberals who has been masquerading as a Christian is founder and editor of Sojourners magazine, Jim Wallis. He is one of those who profess Christianity, but adheres to “politically entrenched concepts of equality and redistribution of wealth.” In other words, Marxism.  These ideas are rooted in Wallis’ “Christian” beliefs. And thanks to progressive clergy who hold the same Socialist views, these ideas are firmly entrenched in American churches. Even though Rev. Wallis is no longer serving as Barack Obama’s “spiritual adviser” he’s still in the spotlight. What he’d like us to think is that when it comes to what makes for an authentic Christian, look no further than Jim Wallis. As an aside, it may surprise you to learn that Lynne Hybels, co-founder of Willow Creek Community Church, is a columnist for Sojourners magazine.

In 2009 the Barna Research Group released a study on the religious practices of liberals and Christians. According to the report:

The research…discovered that liberals are more likely than conservatives to develop their own set of religious beliefs rather than adopt those proposed by a church or other entity. A greater percentage of liberals also indicated they are very open to accepting different moral views than those they presently possess.”

Eight years ago I stated that,

Liberal “Christians” abhor “fundamentalist” Christianity. So they cast it aside and adopt their own set of religious beliefs and values. Times have changed, after all, so they feel it’s incumbent upon them to bring Christianity out of the Dark Ages into our postmodern world. Christianity must shed its traditional, orthodox beliefs to blend in with the popular culture.” (Source)

So now that I’ve set the stage, here’s why Progressive Christianity is a charade: 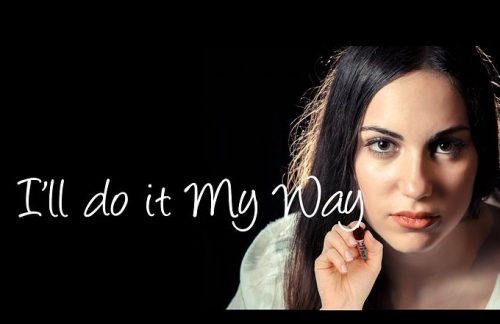 By far the biggest obstacle the Church faces is the infiltration of ubiquitous, aggressive liberals, many of whom are renowned pastors, authors, conference speakers, missionaries, televangelists, radio hosts, and CEOs of Christian organizations.  As of late, even some of our most beloved evangelical leaders appear to be morphing into theological liberals.  The extent of movement to liberal ideology varies with each individual, but in certain cases they have gone completely off the rails. False doctrine abounds in books, Bible studies and Bibles authored by notable Christians and promoted by so-called Christian publishers and book sellers.  We have been duly warned about this sort of thing happening:

Now the Spirit speaketh expressly, that in the latter times some shall depart from the faith, giving heed to seducing spirits, and doctrines of devils (1 Tim. 4:1).

That, brothers and sisters, is a pretty severe warning!

To give readers a sense of what kind of person to be on the lookout for let me introduce one of the most dangerous wolves in Christendom, the Rev. Jim Wallis.  This man wears many hats.  He is the founder of Sojourner’s Magazine, speaker, author and activist.  He’s also President Obama’s “spiritual advisor.”  This alone speaks volumes.  Rev. Wallis insists that he’s an evangelical Christian even though he has abandoned the biblical gospel for the “social gospel.”  He believes he’s on a mission from God to assist the poor and oppressed to bring forth the Kingdom of God on earth.

David Noebel sheds light on some of the good reverend’s activities:

Wallis’ Sojourners enterprise has been a radical, socialistic undertaking from the start. Frontpage Magazine (March 17, 2009) says, “As one of its first acts, Sojourners formed a commune in the Washington, D.C., neighborhood of Southern Columbia Heights, where members shared their finances and participated in various activist campaigns that centered on attacking the U.S. foreign policy, denouncing American ‘imperialism,’ and extolling Marxist revolutionary movements in the Third World.” (Source)

Jim Wallis is also a champion of unbiblical movements such as the Emergent Church, Spiritual Formation (contemplative prayer/mysticism) and what he refers to as “spirituality.”  Here is his view of prayer:

I pray, but there are many understandings about prayer. For many, prayer is talking to God, sometimes a great list of requests and needs—sort of like a child’s Christmas list mailed to Santa Claus. But at least for me, prayer is becoming a time of listening rather than talking. There is so much noise in our world and our lives (much of our own making); prayer becomes a quiet space that enables us to stop talking long enough to see what God might be trying to say to us.

The disciplines of prayer, silence, and contemplation as practiced by the monastics and mystics are precisely that—stopping the noise, slowing down, and becoming still so that God can break through all our activity and noise to speak to us. Prayer serves to put all parts of our lives in God’s presence, reminding us how holy our humanity really is. (The Great Awakening: Seven Ways To Change The World, 290) (Source)

On homosexuality he believes:

[T]he major differences of theology and biblical interpretation in the church with regard to issues such as the nature of homosexuality, gay marriage, and ordination are not issues that should be allowed to divide the churches – that local churches should lead the way here, and that an honest, open, respectful, and, hopefully, loving dialogue should characterize the church on these very controversial questions. (Source)

Issues which are clearly unbiblical, such as the sin of homosexuality, should not be allowed to divide us?  Really?

Are professing followers of Jesus Christ supposed to ignore the Bible’s explicit teaching on marriage, one man and one woman for life, so that men can marry men?  Should we really go against what God says in His Word regarding His plan for sexuality and marriage and adopt a “pro-gay” theology to accommodate a small group of gays and lesbians?  The answer is “May it never be! Rather, let God be found true, though every man be found a liar, as it is written, ‘That Thou mightiest be justified in Thy words, And mightiest prevail when Thou art judged.’” (Romans 3:4)

Going against God is folly!  (For the biblical view of homosexuality read Answering the Gay Christian Position)

Even though Wallis is a Red-Letter Christian and a Wild Goose chaser, he poses as an evangelical.  Sadly, he and his ilk have many starry-eyed, misguided followers who, like most liberals, wish to farm out their obligations to the tax payers.

Liberals such as Jim Wallis dub themselves “progressive Christians” and more recently “social justice Christians” (SJC).  Social justice has a nice ring to it, doesn’t it?  But hold your horses!  SJC has its roots in communism and has the same aim: The common good.

Sounds magnanimous, doesn’t it?  Don’t be fooled!  What these people are striving for is government transfer of wealth from one group of citizens to another to level the playing field.  Some liberals use Genesis 4:9 “I am my brother’s keeper” to make their case.  Leftist hypocrites have no problem quoting Scripture to defend wealth redistribution, but when conservative Christians quote Scripture to defend their opposition to abortion, homosexuality, same-sex marriage, and so forth they cry foul!

In an essay entitled “A Biblical View of Social Justice,” John Wheaton writes:

[I]t is essential that Christians clearly define what social justice entails. On its face, the term has a positive connotation that conveys a seemingly strong sense of virtue and morality. Basing a claim on an appeal to “social justice” provides the claim holder with a degree of persuasive advantage – a kind of moral blessing on his or her political, theological, or social ideas.  However, social justice involves much more than a superficial label or feelings of compassion. It must involve a clear understanding and delineation of each social problem, the root cause of the problem, and the best solution for the problem. In short, “Good justice requires good judgment.”(Source)

For SJCs, Christianity is a lifestyle.  Their morality comes, not from Scripture, but from popular opinion.  Although they believe that some things in the scriptures are true, the Bible doesn’t hold a place of authority in their lives.  As one blogger put it, “the emphasis is more on growth thru the process of work and serving others.”  In other words, a person must have faith plus he/she must do good “works” in order to be saved.  This teaching is demonstrably unbiblical.  “For by grace are ye saved through faith; and that not of yourselves: it is the gift of God:  Not of works, lest any man should boast. (Eph. 2:8, 9) (Bold added)

Many SJCs are Darwinian evolutionists, environmental extremists (save the planet, not souls), and they think nothing of co-mingling Christianity with paganism gleaned largely from Eastern mysticism.  They are supposedly Christians, yet many of them support abortion, the normalization of homosexuality, and same-sex “marriage.”  What is most telling is their denial of basic biblical doctrines such as the inerrancy of Scripture; the substitutionary atonement of Jesus Christ as God’s judgment for sin; Hell; and Jesus Christ as the only way to God and instead hold to collective salvation – all roads lead to God (religious pluralism).

What it all boils down to is that many SJCs are cultural Christians.  They are not regenerate (born again) believers.  In fact, they are hostile to the true gospel. Moreover, their goal is the redefinition of traditional Christianity.

Liberal wolves are spreading a false gospel or what Peter called “damnable heresies.” (2 Peter 2:1–2)  In a word, evil.

Read the remainder of this article on Renew America

Defining Orthodoxy in Our Modern World by Peter Jones

2 Responses to The ‘Progressive Christian’ Charade