Posted By Marsha West on October 8, 2015 in In the News
Share

In this post Elizabeth Prata of The End Times deals with America’s love affair with “self.” We’ve become so enamored with self that our cellphones are used to take “selfies” that we post on Instagram, Facebook, send to friends, family and perfect strangers.  Even professing Christians, who should know better, are caught up in selfie mania!  This, my brethren, is the height of narcissism.

Elizabeth covers all of this and much more, including Beth Moore.

A clip making the rounds on Facebook from Fox “120 Sports” shows the self-absorption of people consistent (in my opinion) of the prophetic verse from 2 Timothy 3:2, “men will be lovers of self”. Here is a still shot- 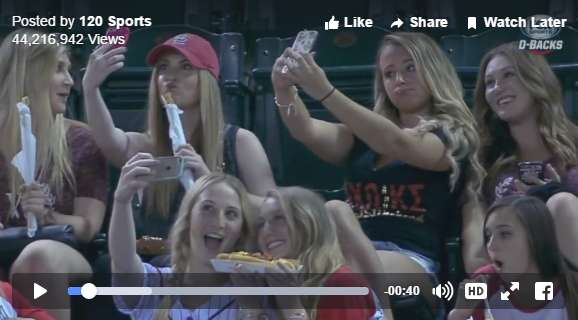 I snapped this photo that is below 8 years ago when cell phones with cameras were just coming into the fore. I was shocked and surprised at the amount of time the gals were taking to gaze upon themselves. Of course, 8 years ago, the word ‘selfie’ hadn’t been invented yet. ‘Selfie’ was Oxford Dictionary’s word of the year in 2013. They note that the use of the word selfie increased 17,000 percent from 2012 to 2013.

I do not own a cellphone so being on ‘the outside’, I see cell phone mania all the more. 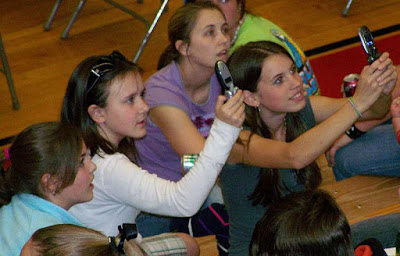 In one of his letters to Timothy, Paul strongly warned about the behavior of humans in the last days. The last days/end time/last times has been occurring since Jesus ascended and will conclude when He returns. (Acts 2:16-17, cf Joel 2:28). Because of the deteriorating nature of man individually and of society, the times will worsen as the last days progress. (2 Timothy 3:13, 2 Timothy 2:16).

Paul’s specific warning to Timothy about the perilous times that were ahead for the young pastor included a lengthy list of behaviors that will be evidence of the times and which will be contributing to the deterioration of society. Here is Paul’s warning.

Godlessness in the Last Days

1But understand this, that in the last days there will come times of difficulty. 2For people will be lovers of self, lovers of money, proud, arrogant, abusive, disobedient to their parents, ungrateful, unholy, 3heartless, unappeasable, slanderous, without self-control, brutal, not loving good, 4treacherous, reckless, swollen with conceit, lovers of pleasure rather than lovers of God, 5having the appearance of godliness, but denying its power. Avoid such people. 6For among them are those who creep into households and capture weak women, burdened with sins and led astray by various passions, 7always learning and never able to arrive at a knowledge of the truth. 8Just as Jannes and Jambres opposed Moses, so these men also oppose the truth, men corrupted in mind and disqualified regarding the faith. 9But they will not get very far, for their folly will be plain to all, as was that of those two men. (2 Timothy 3:1-9).

Let’s look at the warning about being lovers of self in the last days. Paul’s warnings regarded the difficult times in the church. He was giving Timothy warnings about spiritual impostors and urging him to oppose them and expose them. We know that the world is difficult, godless, and selfish. What will be the difficulty is that the church will become infested with and overrun by people who are the world but pretend to be godly.

In John Warwick Montgomery’s book Damned Through the Church, Montgomery outlines 7 epochs in church history where times have been especially difficult. These have been movements of certain theological orientations which have negatively impacted the church. One of them was that the self has become God, and this movement is still affecting the Church at large in this day and age. As the MacArthur Commentary on 2 Timothy states,

It would be appropriate to add to Montgomery’s list the current emphases on mysticism, which seeks to determine truth about God by intuition and feeling, and pragmatism, which attempts to determine what is true by what produces desired effects. These movements do not come and go but come to stay, so that as the years go on, the church accumulates them, and the battles continue.

If you have ever heard a teacher like Beth Moore or Priscilla Shirer or any of the younger female teachers such as from the Propel Movement or the IF:Gathering, they often speak of how we feel as the determiner of truth. Here is an example of that mysticism: 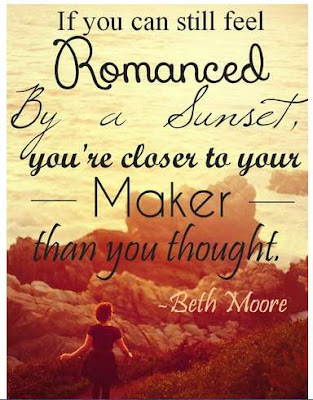 What Moore is saying here is that if we have certain feelings inside of us, it brings us closer to God. But the truth is, it’s about Who we worship, not how we feel. And what if I don’t feel romanced by a sunset (what does that even mean?), then am I apart from God? And how long is this romance feeling supposed to last? How can I sustain this romantic feeling or increase it to feel even closer to Him? What if I “can’t” feel romanced by the sun, when then? You see the issue with constantly teaching about our feelings.

Benham Brothers on Oregon Shooting: Satan and Demons Manifesting Themselves in Our Nation
Creflo Dollar removes posts claiming Jesus died to give us “financial prosperity”