Posted By Marsha West on April 18, 2016 in Education, Liberalism
Share

News media critic Cliff Kincaid of Accuracy In Media pulls no punches as he goes after those who administer what he considers “Marxist re-education camps.”  Now is the time, he says, for taxpayers to “revolt against the socialism that rules higher education in America.”  The fact that socialism rules higher education should come as no surprise to anyone for the reason that the American people are fully aware that liberals have infiltrated academia and that their agenda is to indoctrinate students into the Secular Humanist worldview. The logic behind this is that parents have no clue how to raise their own children, so move over and allow the experts to have a go at it.

Recently Kincaid was uninvited from a left-right debate because a professor alleged that he is an “unrepentant propagandist for extremist right-wing causes.”  Well, he is definitely an unrepentant right-winger.  But isn’t the purpose of a debate to present opposing points of view?  Not since the socialists took over!  They’re going all out to see that students will never hear the conservative position.

With this background in mind, here’s Cliff Kincaid’s report: 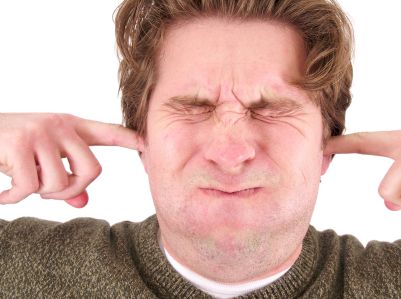 “Don’t confuse me with facts!”

The totalitarian attitude on campus hit me in a very personal way on March 30 as I was sitting on an airplane at Reagan National Airport on my way to Albany, New York. I was informed that a campus debate I was scheduled to participate in later that day had been cancelled. I was told to get off the plane and go home.

I believe this is the first time on a college or university campus that a left-right debate has been cancelled because of objections to one side of the debate.

It appears the totalitarian left is so determined to crush the conservative point of view that it had to be suppressed even when a leftist was on the same panel.

My debate opponent, Jeff Cohen, the founder of Fairness & Accuracy in Reporting (FAIR), was taken aback. It was as if the far-left censors on the campus of the State University of New York (SUNY) at New Paltz didn’t think he could hold up his end of the debate.

The topic was media coverage of the presidential campaign. Jeff and I have participated in such debates many times in the past, always getting a good reception and generating many questions. The contracts had been signed. New Paltz cancelled the morning of the debate.

The student paper said the event was cancelled after a sociology professor who helps teach women’s studies had caused a controversy over my appearance. She apparently had Googled my name, turning up a denunciation of my views from the Southern Poverty Law Center (SPLC).  The SPLC reportedly said I had made “controversial statements in the past about Muslims, climate change and homosexuals,” and that I was “an unrepentant propagandist for extremist right-wing causes.”

I was not allowed to respond to the charges before the decision was made to prevent me from appearing.

Digging into the fiasco, the student paper said, “In a discussion that originated on the faculty email system and subsequently obtained by The New Paltz Oracle, Anne R. Roschelle, Ph.D., a sociology professor, voiced her objections to Kincaid’s involvement in the debate. However, Roschelle made clear to note that she did not seek to bar Kincaid from speaking.”

That was quite interesting. She had “voiced her objections” to my involvement in the debate but did not “seek to bar Kincaid from speaking.” Whatever the meaning of this double-talk, it appears that a faculty member had decided what students should be exposed to on campus.

She was quoted as saying that she was “not advocating he be uninvited or that people disrupt his talk.” But Roschelle said, “What I am suggesting is that for people who do go to his talk to ask critical questions and make your alternative voices heard. We are an open-minded campus.”

Yes, and that’s the purpose of a debate. A debate by definition is where different voices are heard.  Continue reading

LOTZ … Of Nonsense
Discernment Challenge: If you see something, say something!

One Response to The Re-Education Camps We Call Universities