Posted By Marsha West on October 16, 2015 in Progressive Christianity
Share

Lee Duigon, a contributing editor with the Chalcedon Foundation, calls to our attention that because of  “biblical illiteracy—or, in many cases, willful blindness and rebellion—people can call themselves “Christians” while rejecting Christian teachings.”

When it comes to the Bible, the LIE has opinions on a variety of challenging topics. Even when his opinion is decidedly unbiblical, he presents it as the gospel truth. The LIE’s arguments are often based, not on what God’s Word clearly teaches but instead on esoteric experiences he’s had or what he’s picked up from LIE celebrities.

Now to Lee Duigon’s piece on the LIE. 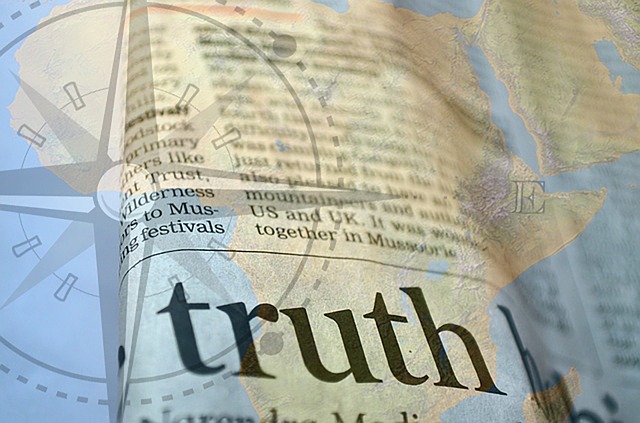 Jesus asked, “When the Son of Man cometh, shall He find faith on the earth?”(Luke 18:8)

Depends on where He looks—and it might take Him a while.

Atheism has always been with us, and always will be. It’s natural in superficially educated fat-heads.

What really threatens to replace our Christianity in the West is a threefold combo of para-Christianity, pseudo-Christianity, and downright poo-bah. We shall see examples of all three, but the first two are the worst: people can swallow these substitutes for Christianity and still think they’re getting the real thing.

Last week I heard from someone who attended her young adult son’s Bible study group, none of whose members brought Bibles. When they wanted a verse, they just found it on their smart phones. Instead of the Bible, they were studying a book called “Crazy Love” by Francis Chan.

This is where the skid begins. Instead of getting to know and understand the Bible, they focus on what some guy thinks about the Bible. Granted, a capable Bible teacher can often be a blessing; but he should never be a substitute.

And so these earnest young millennials, who come from Christian homes and churches, schools and colleges, wind up with a peculiar theology which my friend describes as “no substance, no current issues, no reality—just soft Jesus-loves-me stuff,” with an emphasis on earning salvation by gaudy works of the flesh such as “giving away all your money and living below the poverty line,” etc.

In fact, this approach to Christianity is repeatedly rejected in the Bible, which teaches that salvation is the gift of God, received by faith in Jesus Christ who has already done all the good works necessary to obtain it. The good works that we do are evidence of our faith—not a ticket into Heaven. Here we have an ancient heresy parading around in modern clothes, still bamboozling Christ’s people after all these centuries.  Continue reading

READ OUR RESEARCH PAPER ON THE EMERGENT CHURCH