Bud Ahlheim of Pulpit & Pen examines the teaching of Rick Warren, senior pastor of Saddleback megachurch which is one of the largest churches in the U.S.  He quotes Tim Challies as saying the following about the man who has been dubbed the “Purpose Driven Pope”:

One need only read Warren’s books or listen to a few of his messages to realize how often he explains and applies passages incorrectly. I assume this is because he has not taken the time to first humble himself before the Scripture and determine what the passages really mean. So do not be confused and presume that Warren is an expository preacher.

Whatever is to be revealed by the Spirit to any of us is in the Word of God already. He adds nothing to the Bible and never will. 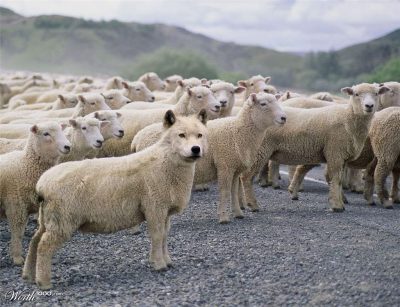 When the apostle Paul was writing his final letter to Timothy, he failed to include a number of things that are so frequently hurled about the Christian church today as utterly important, especially when it comes to hearing from God.

For example, the apostle did not instruct his young protégé on the importance of listening for God’s “still small voice” for personal and ministerial guidance. He didn’t remind Timothy about the importance of astutely discerning between God-sent, spiritual “impressions” for direction as opposed to those which might be of a distinctly more carnal nature.  The apostle of our Lord also forgot to advise the young minister about the importance of circumstances God may orchestrate in order to provide spiritual guardrails to guide him down the correct, providential path.

Flash forward from those 1st century apostolic epistles, that time when “the household of God was being built on the foundation of the apostles and prophets, Christ Jesus being the cornerstone,” (Ephesians 2:19-20; The true church, btw, is still being built on this basis.) to the 21st century church and you’ll find spiritual hucksters galore who are eager to disregard what we have been taught in the faith that was “once for all delivered.” (Jude 3) Once, apparently, wasn’t enough, so modern charlatans and frauds are redelivering a faux faith that more favorably aligns with the modern mind, with its urges for being “spiritual but not religious,” and for self-centered comfort and divine appeasement of our wishes rather than for a faith that requires obedience to “take up your cross daily and follow me.” (Luke 9:23)

It is here, in the midst of an “it’s all about you,” seeker-sensitive stage, where Rick Warren stands, delivering “another” faith under the guise of “the faith.” Warren, who is known for his discern-less, ecumenical alliances, his complacency with regards to orthodoxy, and his embrace of all things mystical, contemplative, and “spiritual,” has, in his recent Pastor Rick’s Daily Hope, corrected the apostle in his instructive oversight to Timothy.

Warren, in his post, Four Ways God Speaks To You, has minimized what the apostle maximized, and elevated what the apostle didn’t even mention. He has made Scripture equal to experience, precisely the formula of so many other false teachers in the modern church.  The four-pronged answer from “Pastor Rick” is in response to an ill-framed, rhetorical question. “How do I tune in so that I can hear God’s voice?”

The premise presupposed by this query is that God wants to speak to you, but that He’s unable to unless you become sufficiently “tuned in” to His divine wavelength. Though this is popular spiritual mythology today – which Warren is all too eager to consistently exploit – nothing in Scripture indicates the inability of our Sovereign God to make Himself known. There is no esoteric, mystical, spiritual wavelength on which God is transmitting to our ill-tuned spiritual radios. It’s new age hogwash.  (You wanna hear God speak?  Start flipping pages of the Holy Writ.)

But, in Warren’s daily devotion, he gives his readers an answer to this question.

According to Warren, God speaks to you in four ways:

“1. God speaks to us through the Bible.”   If you are actually doing what Christ said would define His disciples, abiding in His word (John 8:31), you’ll recognize that this method of divine speech is THE method of divine speech. God chose to reveal Himself in the Word, the Word that became flesh and the Word that would, by sovereign providence, become Holy Scripture, fully realized, finally closed, and ultimately eternal. (Psalm 119:89) If Rick would’ve stopped at point one, and pointed his devotees to Scripture, it would’ve been right in line with the apostle’s exhortation to Timothy.

But for Warren – as with so many other slick-tongued, ear-scratching charlatans that plague the modern church – Scripture ain’t enough. Evidently, God can’t say everything He needs to say – and hasn’t said everything He intended to say – in His Word.   Continue reading

14 Responses to Rick Warren: Forget Sola Scriptura, But There is “Plus Scriptura”