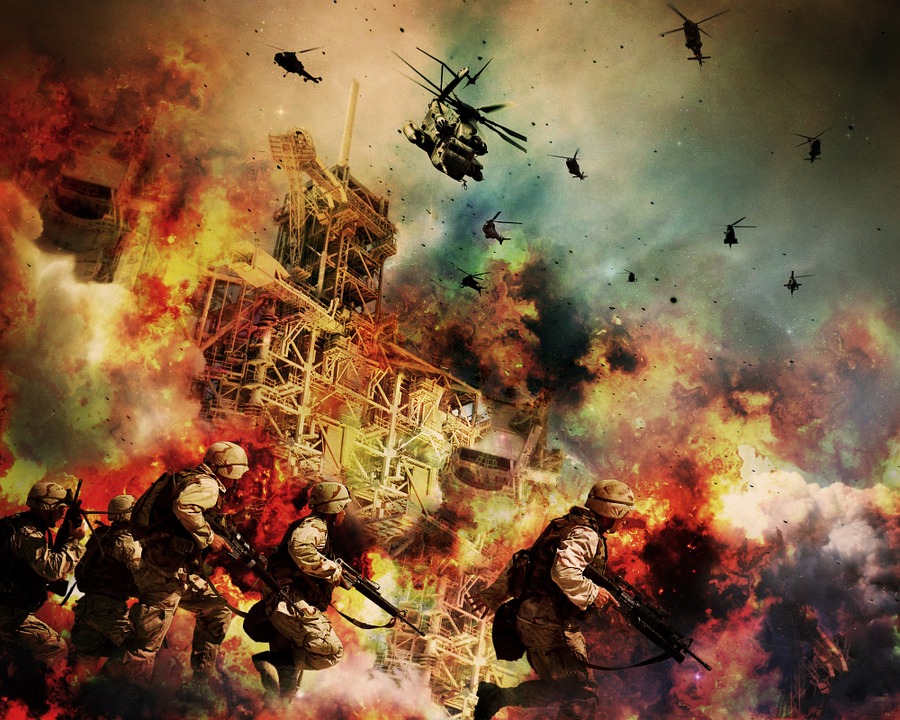 To fully grasp all the reasons the New Apostolic Reformation is such a dangerous movement and why discernment bloggers incessantly warn about this cult I’m going to take an excerpt from a piece I wrote a few years ago entitled “Dominionists are on the move…and they mean business.”  I began with a quote from NAR’s Grand Poohbah, C. Peter Wagner:

Once we have the apostles in place, we will then bring the intercessors and the prophets into the inner circle, and we will end up with the spiritual core we need to move ahead for retaking the dominion that is rightfully ours.

Wagner was speaking of modern-day apostles and prophets.  What did he mean by taking dominion that is rightly ours?  I’ll reveal his plans in a moment.

But first, I must urge readers to take Wagner and other NAR/word-faith wolves seriously. Moreover, it is imperative that Bible believers fully understand the inner workings of the NAR in order to, “recognize them by their [rotten] fruit.” (Mat. 7:16)

Listen to the words of Charles Spurgeon:

Lastly, while reading this, keep in mind that many NARwolves have been appointed to Donald Trump’s Christian Advisory Board along with several Southern Baptist luminaries.

Dominionists are on the move…and they mean business (2011)

The NAR has a plan and a purpose.  They believe that they have a mandate from God to restore the office of Apostles and Prophets and advance the Kingdom of God.  According to Albert James Dager “dominion theology is predicated upon three basic beliefs: 1) Satan usurped man’s dominion over the earth through the temptation of Adam and Eve; 2) The Church is God’s instrument to take dominion back from Satan; 3) Jesus cannot or will not return until the Church has taken dominion by gaining control of the earth’s governmental and social institutions. (Source) 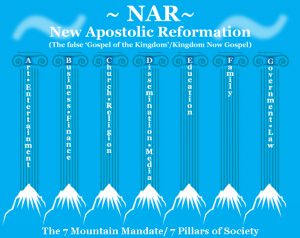 So – the NAR/dominionist’s goal is to transform society into the kingdom of God on earth.  How?  By controlling various aspects of society.  The term they use is the “Seven Mountains,” or “Seven Spheres” of society.  The Seven Mountains are: 1) Arts and Entertainment; 2) Business/Economy; 3) Education; 4) Family; 5) Government; 6) Media; 7) Religion.   The NAR holds that as they accomplish ridding the world of evil, things will get better and better and then Jesus Christ will return to set up His kingdom.

The goals of the CR and the NAR seem like a good idea, right? I mean, who could argue with wanting to influence the seven spheres of society that are dominated by secular humanists.  Christians are not wrong in desiring to have a society based on Judeo-Christian principles.  But here’s the problem.  This “mandate” the NAR mob subscribes to did not come from the Lord Jesus Christ.  In John 18:36 Jesus made it clear: “My kingdom is not of this world.”

However, dominionists never let a little thing like what Jesus said get in the way of their lofty goals.  One of the most troubling aspects of their “theology” is the unbiblical teaching on spiritual warfare.  They believe they have a kingdom mandate to do “strategic-level spiritual warfare” which is “a popular charismatic method of casting out demons from geographical locations or territories.  It identifies three levels of demonic control on earth.  Firstly, are “Ground-Level” demons, which possess people.  Secondly, “Occult-Level” demons empower witches, shamans, magicians.  Finally, “Strategic-Level” demons which are the most powerful of the three, are said to rule over certain regions or territories.  Their main purpose is to hinder people from coming to Christ.” (Source)

Hence, dominionists go hither and yon to do strategic-level spiritual warfare to tear down demonic strongholds established by Satan and his demons.  This is not local; it’s global.

Discernment ministries such as Deception in the Church, Let Us Reason, and Herescope have been reporting on the apostate Latter Rain, now the NAR, for decades.  The Latter Rain holds that God is pouring out His Spirit just as He did at Pentecost and is using believers to prepare the world for His Second Coming.  The name has been changed numerous times.  “Presiding Apostle” C. Peter Wagner is the one who dubbed it the New Apostolic Reformation.

Some pro-family organizations such as the AFA, the Family Research Council and Liberty Counsel have joined forces with the NAR to fight the culture war. Until recently not many folks were paying attention – but they are now.  Why?  Because the CR has brought the NAR cult into the mainstream.

In A Warning About Latter Day Apostles Herescope’s Orrel Steinkamp gives us some background info on Wagner:

This restoration teaching percolated on the back burners of the Charismatic Renewal for years, but it was never promoted heavily and no one attempted to systematically implement it on a worldwide scale.  Into this vacuum has stepped  C. Peter Wagner as a central personality.  Wagner has given organizational and promotional impetus to this so-called restoration and has taken bold steps to implement apostolic restoration to a wider Global Church–as a result he is positioned to have a greater influence than many other promoters of apostolic restoration.

Beginning with his association with John Wimber, Wagner moved quickly into charismatic Christianity.  He has systematized certain charismatic spiritual warfare practices and developed his strategic warfare mentality etc.  He also promoted what he called the “Third Wave.”  In this “Third Wave” he saw generic evangelicals getting involved with signs and wonders without adopting traditional Pentecostal Theology.  He has a broad Evangelical pedigree and has notoriety as a former missiologist at Fuller seminary.  He is the recognized heir and successor to Donald McGavern, the founding father of all church growth teaching.  In addition to being a co-founder of the World Prayer Center in Colorado Springs, he is the founding president of Global Harvest Ministries, which is responsible for the “United Prayer Track” of AD2000 and Beyond” as well as many other missions related activities outside the AD2000 organization.  The Billy Graham Lausan conference adopted Wagner’s missions/evangelism agenda.  And he is now in association with many holdovers from the Latter Rain of the 50’s who got a new lease on life in the Charismatic Renewal.

In a piece I wrote (here) I said that the CR was uniting with cultists.  Wagner was indignant that I referred to the NAR as a cult.  Within days he sent AN URGENT MESSAGE FROM PETER to his mailing list explaining what the NAR is and is not.  Is it a cult, as I claimed?  No, he said. “The NAR is definitely not a cult.” He went on to say:

Those who affiliate with it believe the Apostles’ Creed and all the standard classic statements of Christian doctrine. It will surprise some to know that the NAR embraces the largest non-Catholic segment of world Christianity. It is also the fastest growing segment, the only segment of Christianity currently growing faster than the world population and faster than Islam.

The NAR is not an organization. No one can join or carry a card. It has no leader. I have been called the “founder,” but this is not the case. One reason I might be seen as an “intellectual godfather” is that I might have been the first to observe the movement, give a name to it, and describe its characteristics as I saw them. … The roots of the NAR go back to the beginning of the African Independent Church Movement in 1900, the Chinese House Church Movement beginning in 1976, the U.S. Independent Charismatic Movement beginning in the 1970s and the Latin American Grassroots Church Movement beginning around the same time. I was neither the founder nor a member of any of these movements, I was simply a professor who observed that they were the fastest growing churches in their respective regions and that they had a number of common characteristics.” (Source)

Mike Oppenheimer of Let Us Reason responded to Wagner’s explanation in a piece entitled “A Case of Pinocchio’s Nose”:

Wagner is claiming he does not want to be labeled a cult. He, as a teacher, ignores the fact that there are cults within Christianity that do confess many of the tenets of the apostle’s creed on paper, they just don’t implement them in practice.

Cult expert Walter Martin, says Oppenheimer, described a cult as “a group of people gathered about a specific persons [sic] interpretation of the bible… from a theological view point, the cults contain not only a few major deviations from historic Christianity.”  Moreover, “A cult in its most simplistic meaning operates in falsehood, either theologically, sociologically or both (in beliefs and practices). Some are theologically dangerous others are sociologically dangerous. Not all cults are physically harmful, but they are harmful spiritually. While the cults more often operate using control, they also operate in falsehood and will have secrets that are not public. They claim to have a new or better way applied to various aspects of Christianity, more often about salvation. This aspect is seen in the NAR as they state the church will not succeed without incorporating their apostles and prophets.” (emphasis added) 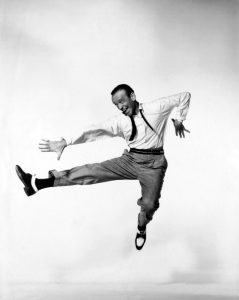 Recently [2011]Wagner appeared on National Public Radio’s Fresh Air.   The tap dance he did around the truth could rival Fred Astaire who made tap dancing seem effortless.  Granted, he did answer some of host Terry Gross’ questions straightforwardly.  For example, he admitted that the NAR’s influence at The Response was “fairly strong and that it was a significant step forward in NAR’s work in America.”  This is a chilling thought!

When asked about his close friend Ted Haggard’s homosexual drug-fueled trysts with a male prostitute while pastoring the 10,000 member New Life Church, he lamented:

But when his homosexuality was revealed, it was a devastating blow to me, because not only was he pastor of this influential church, he was president of the National Association of Evangelicals. And he was a representative of all of us, and we all had a great deal of confidence in him.

When asked about the NAR’S Seven Mountain mandate, he made Fred Astaire look like a novice:

To help bring blessings?  Really?  Then why did Wagner teach the following during a conference?:

Wagner also wrote in a newsletter:

The kingdom of God furnishes the template for our stream. We believe that God’s desire for this season can be discerned through ‘The Dominion Mandate’ and ‘The 7-M Mandate.’ Chuck [Pierce] has laid groundwork through his books, The Future War of the Church and God’s Unfolding Battle Plan. I have been doing the same through The Church in the Workplace and Dominion! We want to provide a viable opportunity for apostolic alignment for leaders who minister in all seven mountains….

We feel that Global Spheres, Inc., will fill a gap for many who believe in the direction that Chuck, Doris and I are taking into the future, and who desire official alignment with us as their apostolic leaders. We do not want it to be a traditional, religious organization, but rather an aligned network of leaders from all seven spheres that make up societal structures. This is a way that we can do our part toward fulfilling the Dominion Mandate.” [emphases and links added by Herescope] (Source)

Spiritual Warfare Evangelism: How Did We Get Here?–by Orrel Steinkamp, The Plumbline, Volume 6, No. 5 – November/December 2001

Peter Wagner Quotes—Deception in the Church

The Coming Kingdom—“Apostle” Rick Joyner explains what the kingdom of God on earth will look like.  Joyner is frequently linked to pro-family conservatives.

One Response to The rotten fruit of the NAR