Posted By Marsha West on October 29, 2015 in Homosexual Agenda
Share 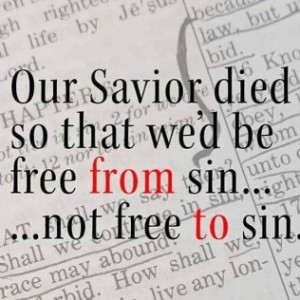 A senior Vatican priest comes out of the closet, admits to having a long time boyfriend, and gets fired. He’s mad. Ho hum, no surprise these days. But the bigger story is how a major evangelical news outlet reports the story — never mentions the priest’s sin.   Instead we learn how unfair the Vatican is to the priest and his boyfriend — boohoo.  Why did Christian Today contributing editor Ruth Gledhill neglect to mention the reasons homosexuality can never be accepted by the Roman Catholic Church? Evidently she would like CT readers to believe that the RCC hates homosexuals for no good reason when this is patently untrue. The Vatican’s view is based on the Bible’s teaching on same-sex relationships:

For this reason God gave them up to dishonorable passions. For their women exchanged natural relations for those that are contrary to nature; and the men likewise gave up natural relations with women and were consumed with passion for one another, men committing shameless acts with men and receiving in themselves the due penalty for their error. (Rom 1:1-28)

Or do you not know that the unrighteous will not inherit the kingdom of God? Do not be deceived: neither the sexually immoral, nor idolaters, nor adulterers, nor men who practice homosexuality, nor thieves, nor the greedy, nor drunkards, nor revilers, nor swindlers will inherit the kingdom of God. And such were some of you. But you were washed, you were sanctified, you were justified in the name of the Lord Jesus Christ and by the Spirit of our God. (1 Cor 6:9-11)

Flee from sexual immorality. Every other sin a person commits is outside the body, but the sexually immoral person sins against his own body. Or do you not know that your body is a temple of the Holy Spirit within you, whom you have from God? You are not your own, for you were bought with a price. So glorify God in your body. (1 Cor 6:18-20)

Evangelicals may disagree with the RCC on some of their unbiblical doctrines, but we wholeheartedly agree with them that homosexual acts are a sin.  The RCC is to be commended for sticking to its guns on this contentious issue.

A senior priest at the Vatican who was sacked when he revealed he is gay has condemned “the homophobic hate of the Church” in a letter to the Pope.

Poland-born Krzysztof Charamsa, 43, wrote: “Today, I side with the fantastic people who are homosexual, for centuries humiliated by a fanatical Church. I no longer accept the salvation that excludes – without any foundation whatsoever – a part of humanity.”

A former high-ranking official with the Congregation for the Doctrine of the Faith, Father Charamsa wrote to the Pope outing himself on the eve of the three-week Synod on the Family.

In the letter to Pope Francis, only now released through the BBC, he described the feeling that prompted him to leap over the “imprisoning walls” of Church teaching.

He said the Church knows only how to persecute homosexuals. “The Church has excluded them as lepers, as if humankind were able to choose its own sexual orientation: heterosexual or homosexual.”

The synod has just ended without any concessions regarding the language or teachings on homosexuality, to the disappointment of the LGBT community. The Catholic Church teaches that homosexuality is “ordered towards an intrinsic moral evil.” Continue reading

Vatican sacks priest after he comes out as gay

Read our White Paper on the Roman Catholic Church