Shouldn’t all new prophetic words that people like LeClaire credit God with saying become a part of His written Word? Assuming that what God allegedly says to modern day prophets was to be added to the Bible, would we then title this new book New Revelations of Jesus Christ?

Joking aside, because NAR prophets prophesy falsely, a more appropriate title would be: Fake News.

With this in mind, Anthony Wade of 8:28 Ministries brings to light a few false prophecies uttered by Jennifer LeClaire and Mark Taylor for Fake News consideration: 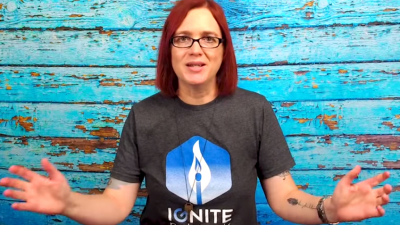 The word of the Lord came to me: “Son of man, prophesy against the prophets of Israel, who are prophesying, and say to those who prophesy from their own hearts: ‘Hear the word of the Lord!’ Thus says the Lord God, Woe to the foolish prophets who follow their own spirit, and have seen nothing! Your prophets have been like jackals among ruins, O Israel. You have not gone up into the breaches, or built up a wall for the house of Israel, that it might stand in battle in the day of the Lord. They have seen false visions and lying divinations. They say, ‘Declares the Lord,’ when the Lord has not sent them, and yet they expect him to fulfill their word. Have you not seen a false vision and uttered a lying divination, whenever you have said, ‘Declares the Lord,’ although I have not spoken?” — Ezekiel 13: 1-7 (ESV)

The Bible provides us with so many parallels to draw from and learn. Ecclesiastes says there is nothing new under the sun. Just as there are a multitude of false teachers today, so there were the same multitude of false prophets thousands of years ago preserved for us in the Biblical record. Preserved for us so that we might learn from them. Learn how to spot what is false and how to act when it is spotted. The key verses today are from one of those sections of Scripture where we see the Lord rebuke the false prophets through one of His legitimate prophets, Ezekiel. The entire chapter contains the rebuke, even though we only list the first seven verses for the sake of time. From these seven verses however we can understand that false prophets and teachers have some things in common about their business. The first thing is that they prophesy out of their heart and God contrasts this with actually hearing from the Lord. This is a flat-out rebuke of experiential Christianity that encourages believers to listen for small voices in their heart and assume whatever comes to their mind is God. Nonsense! What can we be assured if someone is prophesying out of their heart?

The heart is deceitful above all things, and desperately sick; who can understand it? — Jeremiah 17: 9 (ESV)

They are prophesying from the depths of the most deceitful thing ever made — the human heart. They are prophesying from a place of desperate sickness. They are prophesying without possibly being able to understand. Wow. Secondly, they are foolish. They proceed thus, without any wisdom or discernment of their own. Foolishness comes with its own pride and as such there is a certain level of vanity in the presumption. There must be to declare you have heard something from God directly! Joseph Prince for example claims every single sermon is directly given to him by God! Fresh downloads! Thirdly, they follow their own spirits. What does this mean? It means they are not following the Spirit of God! As a result of following their own spirits instead of the Holy Spirit — they have actually seen nothing!

The next thing is that they have actually not done anything for the people of God. They have not stood in the breach or built up a wall for believers. So instead of serving the body of Christ they are harming them. Lastly, they have seen false visions and lying divinations. They say declares the Lord when He has not spoken! They expect Him to fulfill their lies but He has not sent them. We can glean from this that a great many of them are utterly deceived themselves. I am sure there are some who are just hucksters hustling a buck by making merchandise of the sheep of the Lord but many may actually see these lying divinations and false visions. I say this all as a backdrop for us to come and reason again and sort through two of the most ridiculous prophecies I have heard since the sneaky squid spirit prophecy six months ago. Thus it is only fitting that we start with the calamari visionary prophetess herself, Jennifer LeClaire.

When the Lord asks us a question, it’s not because He doesn’t know the answer. He wants us to respond, many times, so we can gain a revelation. As I was meditating on where we are as a body of believers, I heard the Lord ask a pointed question: “What do you see?” I heard the Lord say: “What do you see? If you can see it, you can have it. Once you see My promises through the eyes of faith–really see them–you can obtain them; you can pull them down from the spirit realm into your life’s reality. “Once you see yourself as you really are in Christ, you will begin to move in My love, My authority, and My power. What do you see? Don’t see yourself as a grasshopper. See yourself as undefeatable in My Son. “What do you see? I am challenging you to look through the lens of Scripture with eyes of faith and only believe. Nothing is impossible for the one who believes. If you can see it, you can have it. What do you see?” — Jennifer LeClaire

What do I see Jennifer? Thanks for asking. I see a false prophetess who is utterly shameless in claiming God has spoken to her when He clearly has not. I see someone who is trying to make money off of the sheep of God. Beloved, this is her word for November. There are several Ezekiel level problems on display here. Let us go through them together.

1. “He wants us to respond, many times, so we can gain a revelation.” – This is how the mind of a false prophet/teacher works beloved. Remember the charge from Ezekiel — they prophesy from their own hearts! This is how experiential Christianity works. I once saw a teaching video from Bethel Church for its worship leaders that encouraged them that they were all prophets. That they had to tap into their hearts to hear what the Lord was speaking to them. That whatever comes into their minds via their wickedly deceptive heart; it should just be accepted as coming from the Lord and they should repeat it over and over again as worship. I saw this concept live once where the leader sang over and over for 15 minutes to “jump in the river if you want a hug from Jesus.” To the discerning ear it is utter nonsense but to Jennifer LeClaire it is “revelation.” Continue reading

SEE OUR WHITE PAPERS ON THE NEW APOSTOLIC REFORMATION AND DISCERNMENT

Season of the Witch
Leaving the NAR Church: Max’s story