Posted By Marsha West on January 1, 2016 in Entertainment 0
Share

Daniel Miller of the L.A. Times has written an interesting piece about seminars put on by so-called Christian actors. According to Miller, Christians pay a lot of money to go through the program to learn some of the show business basics.  Attendees claim that their reason for wanting to be a part of a totally debased industry is to promote Christian values.  “We are trying to be the light in the darkness of Hollywood,” said a 14 year old girl. “We are trying to shine the light on what Christianity should be — what it really is, how it is this accepting religion. … Right now, I think Christianity has a bad rep. I want to show again that we ‘love thy neighbor.'”

From the quote it seems that the girl is into showing people Jesus through loving others and doing good deeds.  But will this girl find the courage to share the hard doctrines with entertainers such as sin and hell, or will she downplay the hard teaching in the Bible, as so many professing Christians do these days?  If she has bought into the social gospel, the answer is that she won’t share the truth because she fears giving Christianity a “bad rep.”

Yes, Jesus showed compassion for the sick and the needy — He healed sick people!  But before the healing came, He took care of people’s spiritual needs.  How?  By telling them that unrepentant sin leads to death, therefore they must repent of their sins.   And our Lord made it abundantly clear to those who came to hear him speak that the only way to heaven is through belief in Him. (John 14:6, 1 Timothy 2:5-6, 1 John 5:20)  We learn from the scriptures that a person’s eternal destiny matters far more than their earthly condition.

Someone once said that the road to hell is paved with good intentions.

Now to Miller’s piece.  While you read keep in mind who signs his paycheck: The Los Angeles Times, which is one of the most liberal newspapers on the planet. 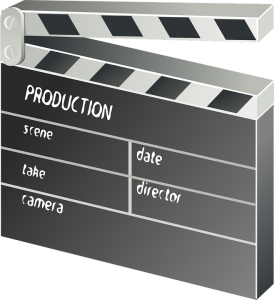 They are aspiring actors, models and singers of all ages and backgrounds, and they’ve gathered at the DoubleTree hotel in Orange for an intensive weekend of show business training.

But first, they will pray.

“Heavenly father, we thank you God for bringing us all here today,” said group leader John Montes, as some of the 43 participants closed their eyes and raised their hands. “Let us become one, and let us understand, God, that we are here for a bigger purpose than ourselves.”

As people scramble to find ways into Hollywood, they are increasingly looking for an edge. This has helped spur a cottage industry of academies, workshops and conventions that promise actors insider knowledge.

And it’s not just acting. There are seminars on directing, screenwriting, editing, makeup — name the craft, and there is a program for it. The groups that put on the events can usually point to a few success stories, but industry experts caution that talent, luck and persistence are the key ingredients for making it in Hollywood.

“I think a lot of the instruction some of these entities offer can be rather dubious,” said Zino Macaluso, an executive with SAG-AFTRA, the actors union. “If anyone is asking you, in a high-pressure environment, to take out a checkbook and write a four-figure check for some future benefit that may or may not come to fruition, we would urge you to proceed with extreme caution.”

The weekend talent seminar at the DoubleTree seeks to set itself apart in two ways. One, it’s aimed at Christians. Two, it’s run by a nonprofit group — Actors, Models & Talent for Christ, based in Atlanta. The group contends that film, TV and pop music have an outsize influence on the culture, and that Christians need to be full participants.

“There is no better way to go out to all the world than through media and the entertainment industry. … It’s where all the role models are at,” said AMTC Executive Director Adam She. “[Hollywood] is a mere reflection of the world it portrays. The darkness is not just [in] Hollywood. It’s the whole world.”

Over the course of the weekend, AMTC trainees will learn some show business basics, including how to read lines in an audition and how to walk down the runway.

While some training seminars have gotten a bad rap for trading in outdated information, She pointed to several AMTC graduates who have found success in Hollywood, including T.C. Stallings and Ben Davies. Both appeared in this year’s Christian drama “War Room” from TriStar Pictures, which grossed about $67 million against a budget of about $3 million.

AMTC has its roots in a secular talent search company, which was known by several names, including American Model and Talent Convention. In 2010, a few years after owner Carey Lewis became a religious Christian, the company changed its name to Actors, Models & Talent for Christ.  Continue reading

Josiah, Revival and the Word of God
Beth Moore launching a new TV program on TBN