Posted By Marsha West on October 14, 2015 in Charismatic
Share

In October 2013 Grace to You (GTY) hosted the Strange Fire conference at Grace Community Church to launch John MacArthur’s book Strange Fire.  The conference critiqued those on the fringe of the charismatic movement who flagrantly misrepresent the work of the Holy Spirit.   The conference caused quite a stir, to say the least.  But that was two years ago.  Seems GTY is not going to let sleeping dogs lie:

While the response to the conference was overwhelming, many of the issues that were raised have yet to be seriously acted upon. Our goal is to fan the flames of this important discussion and continue the call for discernment and discipline in the charismatic movement. To that end, we want to rerun some of the important articles from before and after the conference, and encourage you to visit the Strange Fire website for all the sermons, articles, and videos from that landmark event.

The first person to fan the flames is Phil Johnson, executive director of Grace to You. 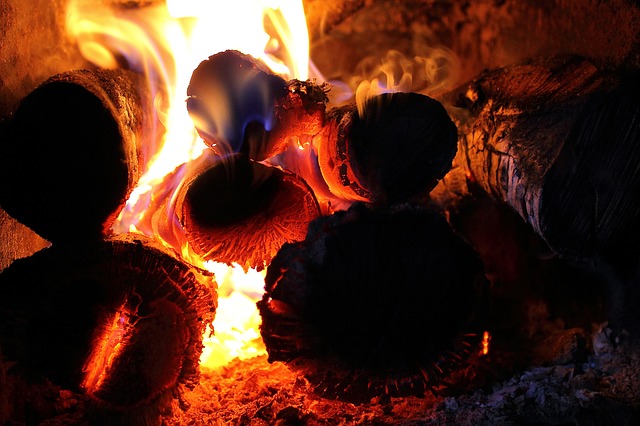 A prodigious wacko fringe has always been one of the charismatic movement’s most prominent features. In little more than a century, the Pentecostal and charismatic movements have spun off so many bad doctrines and bizarre characters that I have a thick dictionary in my office just to help me keep track of them all.

Furthermore, I’m convinced it’s not just some kind of fantastic cosmic coincidence that has loaded the movement with an unusually high number of charlatans and heretics. I’ve suggested on more than one occasion that a major reason the charismatic movement has produced more than its fair share of aberrant behavior is because the distinctive doctrines of charismatic belief foster gullibility while constantly seeding the movement with all kinds of whimsy. Specifically, the charismatic belief that it’s normative for Spirit-filled Christians to receive extrabiblical divine revelation through various mystical means has opened the door for all kinds of mischief.

I would not for a moment deny that there are some relatively sane and sensible charismatics who love Scripture and generally teach sound doctrine while avoiding most of their movement’s worst errors. I think they represent a fairly small minority of the worldwide charismatic community, but they do exist. A few of them are good friends—even longtime friends—of mine. I have friends (for example) in the Calvary Chapel movement, which is mildly charismatic in doctrine but whose worship is generally more Bible centered than even the typical non-Charismatic seeker-sensitive church. As a matter of fact, my chief concern about the Calvary Chapel movement would not even be its advocacy of charismatic views, but its increasingly aggressive campaign against Calvinism.

That’s not all. I have warm affection and heartfelt respect for most of the best-known Reformed charismatic leaders, including C.J. Mahaney, Wayne Grudem, and Sam Storms. [Let’s call them “Type-R charismatics.”] I’ve greatly benefited from major aspects of their ministries, and I regularly recommend resources from them that I have found helpful. I’ve corresponded with the world-famous Brit-blogger Adrian Warnock for at least fifteen years now and had breakfast with him on two occasions, and I like him very much. I’m sure we agree on far more things than we disagree about. And I’m also certain the matters we agree on—starting with the meaning of the cross—are a lot more important than the issues we disagree on, which are all secondary matters.

But that is not to suggest that the things we disagree on are nonissues.

Candor, and not a lack of charity, requires me to state this conviction plainly: The belief that extrabiblical revelation is normative does indeed “regularly and systematically breed willful gullibility, not discernment.” Even the more sane and sober [Type-R] charismatics are not totally exempt from the tendency.

Remember that Paul Cain and the Kansas City Prophets found an amazing amount of support from Reformed charismatics on both sides of the Atlantic, even after it was clear to more objective minds that the “prophets” were regularly and systematically issuing false prophecies.

And that fact ought to have been clear very early. In 1989, the senior Kansas City Prophet, Bob Jones, acknowledged that he could claim an accuracy rate of no higher than two-thirds. By 1991, Jones was utterly discredited because of his own sexual misconduct with women who came to him seeking prophetic counseling.

Shortly after that (in early 1992), John MacArthur, Lance Quinn, and I met with Paul Cain and Jack Deere in John MacArthur’s office at Jack Deere’s request. Deere wanted to try to convince John MacArthur that the charismatic movement—especially the Vineyard branch—was on a trajectory to make doctrinal soundness and biblical integrity the hallmarks of Third Wave charismatic practice. He brought Cain along, ostensibly so that we could see for ourselves that Cain was a legitimate prophet with a profound gifting.  Continue reading

12 Responses to Should Type-R Charismatics Get A Free Pass?