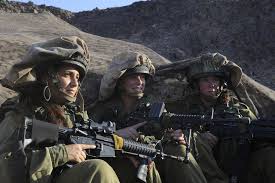 News from America fascinates me. Living in South Africa affords me a vantage point of detachment from local US news. But I nearly choked on my newsfeed last week when I heard President Barack Obama commend the Pentagon for opening all combat military positions to women. So now my two little girls, who are US citizens, will one day in all likelihood be required to register for the draft. (If you don’t think that’s the next station this equality train is heading for, you’re not following its trajectory closely enough; see this New York Times article on drafting women)

Objections to the announcement that we will soon have lady SEALs à la GI Jane have focused mostly on pragmatics and physiology. For example studies have irrefutably proven that unit cohesion will be diminished, and that male platoons have 69% more success in completing combat tasks than their co-ed counterparts, and that the 40% less upper body muscle mass of women will impede their ability to drag 200 lb wounded men from a burning tank, etc, etc, etc.

The problem with that reasoning is this: we all know that some women can physically outperform some men. Anyone who has visited a Crossfit box knows that. I know gals who can clean & jerk not only their own bodyweight, but mine too.

The real issue isn’t can a woman cope with combat, but should she have to? Women can and do competently step in if and when men neglect their duties. But do we really want to make this the norm rather than a sad necessary exception?

And only in this crazy egalitarian culture can it be considered an honor and privilege for women to suffer and die to keep men safe. I’m reminded of comments I read of a survivor of the Titanic disaster who saw James Cameron’s movie. The one inaccuracy he found offensive was the scene where the crew fired warning shots to prevent men from scrambling into life rafts before women and children. The eyewitness reminisced how men used to gallantly accept their duty to die to keep women safe; and those women understood that chivalry wasn’t condescending, but honoring. 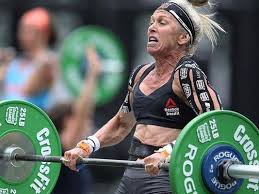 Students of African warfare can testify that even elementary school aged children can make effective warriors in rebel armies. Again, the question is not “Can kids be trained to kill?” but “What kind of people would encourage them to do so?”

I find it to be a quirky irony that the commander-in-chief of the US arsenal on whose watch this dependence on women in combat is occurring, shares a name with the only military leader in the Bible who refused to fight without a woman beside him. In Judges 4 a sheepish Barak agrees to fight the Lord’s enemies on one condition: that Deborah escorts him into battle.

Deborah agrees to risk her neck on the frontlines, but appends to Barak’s condition a prophetic promise that he would get zero credit for the victory. All credit would go to a girl. Continue reading