Peter Jones examines the implications of Revoice 2018 that took place in July. Why was the conference held? According to their website: Supporting, encouraging, and empowering gay, lesbian, same-sex-attracted, and other LGBT Christians so they can flourish while observing the historic, Christian doctrine of marriage and sexuality.

Jones reminds us that the Apostle Paul made “no place for homosexuality, even a certain kind of “inoffensive homosexuality of the mind” à la Revoice. Paul always makes obedience a matter of the heart; of desire,” says Jones. Paul “insists on radical, positive obedience on the basis of our identity in Christ, reached by the power of the risen Christ within us. He certainly does not recommend, for the sake of openness to the Gospel, a general non-discriminatory acceptance of cultural homosexuality in the Roman or Israeli cultures of the day.” (emphasis added)

So with this in mind, read Dr. Jones’ thought provoking piece over at truthXchange. This is his second installment on Revoice. We’ve provided a link to the first installment below.  In part 2, he compares our modern culture with that of ancient Rome and gives fair warning of what lies ahead if we continue down this path. He writes: 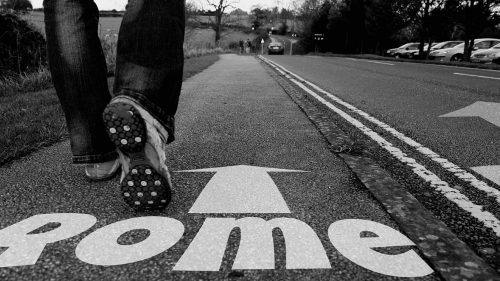 I’ve just finished reading a description of how Christians were treated in ancient Rome. It was a reality check. It made me think again[1] about Revoice’s well-meaning empathy to the gay culture. A touch of historical realism is in order. This aspect of the Revoice phenomenon must be thoughtfully examined. I believe it can only accelerate a cultural decline into paganism. It is worrisome to see orthodox Christianity somehow implicated in this sad process, when it should be standing firmly against it. As we watch our culture increasingly reject the God of Scripture, and embrace various forms of paganism (of which open homosexuality has always been a part),[2] ancient Rome can serve as a stunning example and a needful warning.

The founder of Revoice, Nate Collins, in his introduction to the Revoice conference, used terms that show that “Christian” gays like him feel a strong rapport with the larger gay community. He uses social justice terminology to speak of “minority issues” as in “gender and sexual minorities” and calls for the end to “straight privilege.” Though I’m sure he wants to represent the gospel to lost and wandering gays, he also sees himself as a spokesman and facilitator for the general “gay community” in relation to straight Christians. In doing so, he seems to make common cause with them. (This was visually indicated by the attendees who wore rainbow bracelets and body piercings, rainbow-colored shoelaces, and rainbow Ichthus pendants, etc.) He specifically calls on the church to adopt a “non-discrimination,” pro-gay policy in secular culture.[3] Does this non-discrimination endorse gay dorms in Christian colleges, pro-gay educational programs in grade schools, or drag queens reading to little ones in public libraries? What about California’s AB 2943, which criminalizes as consumer fraud counselors who help homosexuals overcome unwanted same sex attraction? What about the recent New Planned Parenthood guidelines for children, which state: “Your genitals don’t make you a boy or a girl. It doesn’t matter too much what parts someone has.”

Collins affirms that: “[I]t’s possible to show support for increased civil protections for LGBT people while maintaining a commitment to traditional views on sex and marriage.”[4] Is he naïve in assuming that gay culture will respect and tolerate the biblical view of sexuality and marriage?

What kind of a culture will appear when the heterosexual “image of God” (Genesis 1:27–28) is virtually obliterated from human consciousness? Will we not find ourselves living in full-orbed paganism, like that of pagan Rome? In spite of Collins’s optimism, the gay community seems determined to silence the Christian voice on sexuality and marriage. For instance, Jack Philips, the baker who won a United States Supreme Court case this year (after refusing to make a cake for a same-sex wedding) has been sued again for refusing to make a blue and pink cake for a man celebrating his transition into a woman.

Wise to the Ways of the Worldly: 4 Ways Worldliness Sneaks In, and the Scriptures to Slay It
Helpful Book Reviews: “Girl, Wash Your Face”