David French of National Review reminds us of the sad truth that “cultures are won and lost through tiny victories and defeats, and for a generation, the vast majority of then victories have gone to the left.”

Conservatives didn’t fight back says French.  Instead “‘reasonable’ people made the easy choice to go with the flow of cultural upheaval.”

French wonders how long respectable people will sit quietly in the face of indoctrination and intimidation before they enter the fray.

He begins his piece by bringing us up-to-date on the bathroom wars: 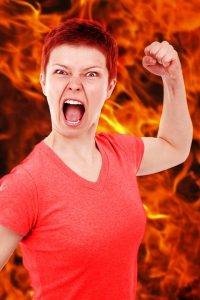 Early this morning I was reading Rod Dreher’s blog at the American Conservative and stumbled across yet another dispatch from the utterly absurd bathroom wars. One of his New York City readers wrote in to say that her 14-year-old daughter had just finished dressing in a city locker room when a grown man stepped from the showers wearing only a towel. Girls as young as seven were present, and they were staring at the man with “concerned expressions.” The reader ends her e-mail with, “It sucks to be a parent these days.”

And indeed it does suck, especially when you know that even your friends and alleged allies are simply too timid to act. Dreher describes speaking to parents who tried to organize resistance to new “trans” bathroom policies but found they “couldn’t get anybody interested.” I’ve had the same conversation with other frustrated parents. They look for help in the fight — even from people who they know oppose this idiocy — and no one will stand up.

This is how culture wars are lost: through the slow accumulation of individually defensible but collectively unjustifiable decisions not to resist. It’s the decision that objecting during diversity training simply isn’t worth the hassle. It’s the decision not to say anything when you see a colleague or fellow student facing persecution because of their beliefs. It’s a life habit of always taking the path of least resistance, keeping your head down, and doing your best to preserve your own family and career. The small fights don’t matter anyway, right?

I recently spoke to a mid-level executive at a major corporation who had been forced to sit through mandatory “inclusivity” training. The topic was transgender rights, and the trainer proceeded to spout far-left ideology as fact, going so far as to label all who disagreed with the notion that a man can become a woman “transphobic.” I asked if anyone objected to any part of the training, and the response was immediate. “Are you crazy? No one wants to deal with HR.”  Continue reading

The National (Take A Verse Out Of Context) Day of Prayer
Hillsong exposing their Chrislamic, Roman Catholic agenda

5 Responses to Small Acts of Cowardice Are Destroying Our Culture