Elizabeth Prata fills us in on some of the controversies plaguing the visible Church these past 3 months. The controversies has many in the Christian community ringing their hands in dismay, including Elizabeth. So that there will be no doubt as to what’s been going on, she includes video clips of Todd Friel and Alistair Begg and a blog post by Nate Pickowicz. Friel speaks to the split in the Reformed world, Begg reminds believers that their mandate is not necessarily what they think it is, while Pickowicz reveals the troubling trends in evangelicalism. According to Pickowicz, Bible verses are being used in various ways that the Bible doesn’t support to make a case that Christians are “social revolutionaries,” that we’re “culture warriors,” and that we’re supposed to be aggressively fighting to gain earthly benefits.

“It has been a wild spring” says Elizabeth.

Indeed it has, and the storm brewing in the visible Church is just the beginning of her troubles.

So with this background in mind, here’s Elizabeth Prata’s post over at The End Time: 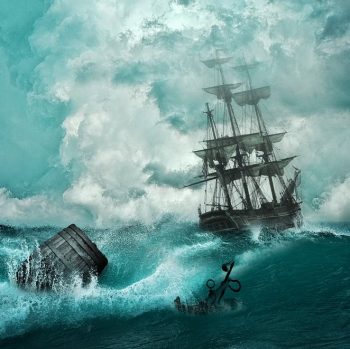 It has been dizzying this past 3 months in the evangelical wider world, and very worrying in the online evangelical world. The controversies have been deep and fervent. The lines between camps within visible Christianity have widened. Seemingly stable ministries have suddenly swerved hard.

There have been numerous events and controversies which reveal that we are less than unified over Christian foundational beliefs.

The April conference called MLK50 sparked a division in how we as Christians are to approach race discussions. TGC and GCC’s coupling for a west coast conference titled “Enduring Faithfulness” sparked a discussion about how far to delve into the culture and which topics are truly Gospel centered. Agreement was not reached and the two entities uncoupled. Beth Moore’s Letter to Brothers charged the global church with misogyny and threw gas in the cultural #MeToo movement, which in turn and inflamed the evangelical world’s discussion about the global church’s ‘treatment’ of women and their roles.

The ReVoice conference did the same for same-sex attraction and gay identity within Christianity. Paige Patterson was fired. The SBC messengers/members briefly seemed to flirt with the nomination of a woman, sparking a discussion about whether “women are called to positions of leadership” in church or para-churches. International Mission Board President David Platt delivered a 6-minute report to the SBC affirming Isa as Messiah and conversion through Muslim dreams. Popular actor Chris Pratt mentioned God and grace at an awards speech and the undiscerning Christian world joyfully affirmed it as Gospel, sparking a discussion about what the Gospel is and how many elements of it one needs in order to match the biblical message.

Todd Friel of Wretched Radio published a 23-minute excellent video talking about “The Gathering Storm: A Split in the Reformed World.” (View it on the site)

In this 1-minute clip (view it on the site), Alistair Begg reminds us that the church’s mandate is not economic, social, or political. However the global church for so long now has been browbeat with the message that it is, that “people who should know better” have allowed its tendrils to creep into their minds and make inroads.  Continue reading