Doug Evans of Sleep No More blog has an informative post on NAR heretic George Otis.   What exactly is “Strategic Level Spiritual Warfare” that was birthed in Otis’ fertile imagination?  Well, it’s supposedly the strategy believers are to employ against Satan and his demons.  According to the writer “the primary tool in fighting these demons is the process of gathering spiritual intelligence on demonic forces, he [Otis] calls it ‘spiritual mapping.'” 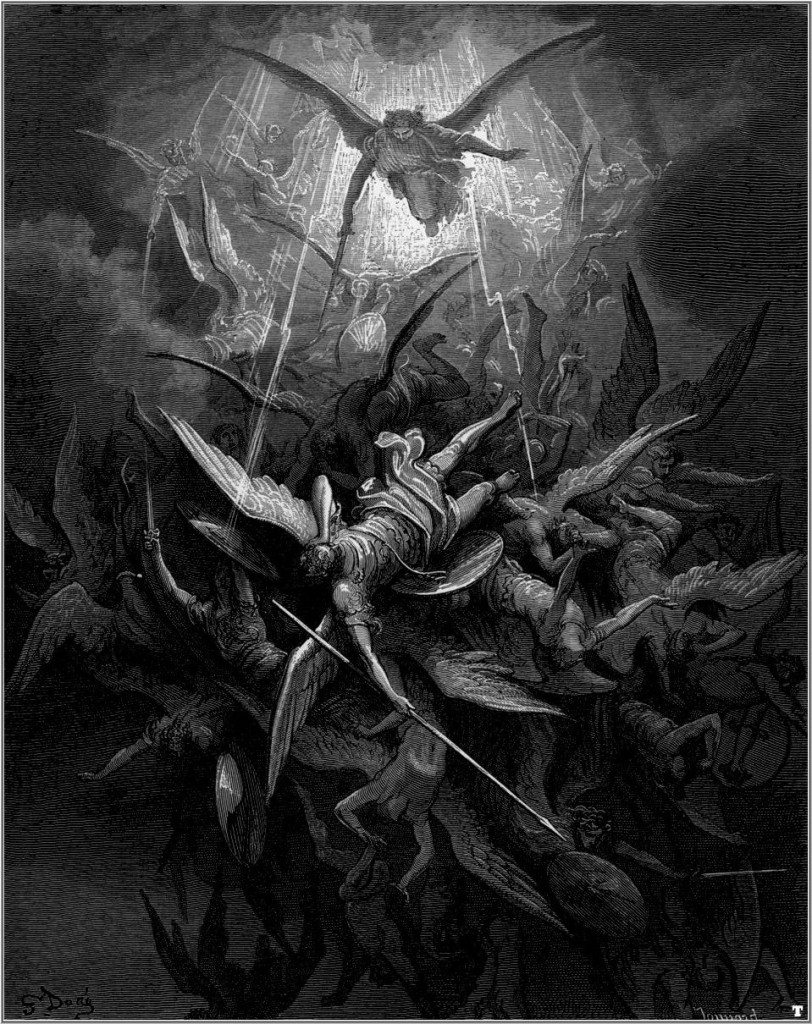 Spiritual Mapping is a discipline used by the New Apostolic Reformation to… to… to be honest I couldn’t figure out what exactly they use it for. But according to the NAR it’s really important. I looked up Spiritual Mapping and was lead to a spiritual mapping webpage at isaiah54.org and found a page chock full of different type faces and colors, huge type, small type, shadowed type, italicized type, bold type, subscript type, superscript type, even Micosoft WordArt type, so spiritual mapping is clearly very important. And, a good thing, there was no explosive use of exclamation points so obviously the webmasters at isaiah54.org are not crazy.

However the meaning and definition of Spiritual Mapping seemed to escape the webmasters notice. In their section titled WHAT IS THE DISCIPLINE OF SPIRITUAL MAPPING? they defined the word “Discipline” and completely ignored the whole Spiritual Mapping part. The page is covered with blather about spiritual warefare, partial bible quotes, bible quotes used utterly out of context and nonsense like

There is one quote worth paying attention to which came from Georg Otis Jr, the inventor of spiritual mapping:

(Spiritual Mapping is) “Superimposing our understanding of forces and events in the spiritual domain onto places and circumstances in the material world.”  (from “The Last of the Giants” by George Otis Jr.)

I didn’t say it made sense, I just said it was the one quote worth paying attention to. I first came across the term ‘spiritual mapping’ in a description of John MacArthurs sermon The Modern Blasphemy of the Holy Spirit. In this sermon Dr. MacArthur never actually says “spiritual mapping” but he does utter the finest definition of the NAR ever spoken, and his definition has become a classic in Christianity

… NAR, the New Apostolic Reformation. … It is like Grape Nuts – it’s not grapes and it’s not nuts. It’s like Christian Science – it’s not Christian and it’s not scientific. Well, the New Apostolic Reformation isn’t new, it isn’t apostolic, and it isn’t a reformation. But it is a rapidly expanding movement being generated by some of the same old troubling false teachers and false leaders that have been around in Charismania for decades, always dishonoring the Holy Spirit, always dishonoring the Scripture, always claiming miracle signs, wonders, visions, dreams.

To be honest I only put that quote in this article because I like it, it has nothing to do with spiritual mapping. So let’s backtrack to the father of spiritual mapping, George Otis, and maybe we can find out what spiritual mapping is. George Otis founded the Sentinel Group which relentlessly pursues the grand cause of the New Apostolic Reformation which is hell bent on unifying and controlling the entire Christian Church, defeating Satan (instead of God doing it), promoting revival, establishing the kingdom of God and transforming societies everywhere. So naturally he associates with people like Peter Wagner, Chuck Pierce, Ted Haggard and Cindy Jacobs.
Otis began his ‘ministry’ with something called the Moral Government Theology before moving on to Spiritual Mapping in 1990. Understanding MGT is vital to understanding Otis’ theology because Otis has never abandoned MGT which is described as

Moral government theology (MGT), rooted in the philosophical definition of freedom as the “power of contrary choice,” denies the fundamental Christian doctrines of God’s perfection in knowledge, goodness, and power; original sin; human moral inability; the substitutionary satisfaction of God’s justice in Christ’s atoning death; redemption; and justification by the crediting of Christ’s righteousness to believers by grace through faith apart from works… these denials are unbiblical and are so serious as to warrant classifying MGT as non-Christian (Source)

Otis does not believe in the core message of Christianity, he’s gone and made up his own bible in MGT, one which would cause Rob Bell to stand up and cheer. In lectures given to YWAM (Youth With A Mission) in 1981 Otis let fly with his heretical poison:

Christ has not redeemed us by giving His life as a ransom for our sins in order that He might release us… For God never kept man captive in sin… The truth is Christ paid no man’s debt” (1981:lecture 4)

“If we accept the premise that Jesus literally purchased, that He literally purchased our salvation with His blood… and He paid the Father… then this approach, first of all portrays God the Father as being vindictive and bloodthirsty and totally incompatible with biblical forgiveness. It also presents another grave difficulty. If Jesus literally paid for our sins with His blood, and a paid debt is no longer a debt, and He died for the sins of the whole world, then we can only come to one conclusion and the theological word for that is Universalism – which means that everybody will be saved” (Lectures on Moral Government Theology.1981:lecture 4).

These two quotes just scratch the surface of MGT, the rabbit hole goes much deeper, but in 1990 Otis made a remarkable discovery. He never abandoned the heresy of the MGT, but he changed his entire spiritual vision and went on the hunt for Satan. In his book The Twilight Labyrinth Otis claims that spiritual warfare is based not on theology but on geography. (Yes, I said it: Geography, not Theology)

“In virtually every corner of the world there are certain neighborhoods, cities, cultures and nations that embrace more idolatry, manifest greater spiritual oppression and exhibit more resistance to Gospel light… Certain travelers have described instances in which the prevailing spiritual atmosphere changed one way or the other at the very instant they crossed a particular territorial threshold… This kind of anecdotal evidence gives weight to the proposition that spiritual darkness is palpable and geographically concentrated” (The Twilight Labyrinth (1997) pg 52)

Since 1990 Otis has been spouting the myth that demons were territorially based and that evil spirits blind and deceive entire communities in their areas or operation, and until they’re power is broken, no preaching of the Gospel will take seed in those areas. Otis believes that the primary tool in fighting these demons is the process of gathering spiritual intelligence on demonic forces, he calls it “spiritual mapping” Here is the questions used to gather the information needed for spiritual mapping:

1) Spiritual ‘camps’: places that are sources harmful to the community

2) Major monuments that are inviting a strength over the city: war memorials, obelisks, specific people, historic events These can also often be markers that will reveal the presence of ley-lines or shapes over the city that either draw occult power there (pentagrams) or hold power in a place (hexagrams).
3) Frequent accident areas
4) Persistent crime / drug dealing or abuse areas
5) Graveyards, cemeteries – particularly those used for ritual worship
6) Hospitals, public service buildings
7) Map the Christian presence – churches, outreaches, effective businesses
8) An historic map where such things as massacres, broken treaties, unrighteous acts, major traumas to the people and the land are recorded (source)

The list is quite extensive, asking about the history of the area, it’s politics, logos, future plans, the Christian community, the educational system, the business atmosphere, law and order, health, the arts etc. But the NAR claims over and over that spiritual mapping is not an end in itself, what do they do with all this data they gathered? How do they drive demons out of the area? Through “Informed Intercession.”  Continue reading

Are you armed for battle? By Marsha West

The Danger in Women’s Ministries
Um, about that “jesus” Glenn Beck believes in…