In a spot on piece over at Pulpit & Pen, Costi Hinn calls for Christians to get back to the basics, meaning biblical Christianity.  He raises a two fold question: “What in the world has happened to the body of Christ and what semblance of biblical orthodoxy will be left for our children and grandchildren?” The way things are going, the younger generation will grow up with scant knowledge of what God’s Word says and they’ll trust, not in the authority of the infallible Word of God, but instead they’ll lay aside their bibles and trust in extra biblical revelation uttered by infallible men.

In this short blog post, Hinn exposes some of the errors professing Christians have bought into, not realizing that they’re actually believing lies from the pit of hell. How could this be?  Two words: Biblical illiteracy.

Costi Hinn’s article is a must read.  We urge you to share it with family and friends. He writes: 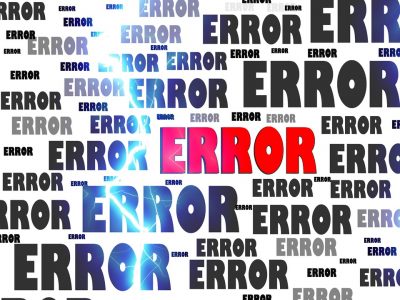 Where do you draw the charismatic line?

30 years ago nobody would’ve given this question much thought because it was easy to answer. People either liked Benny Hinn or thought he was crazy. People thought Kathryn Kuhlman was a great woman of God or a dramatic fraud. People were largely conservative, or charismatic. They either spoke in tongues that made no sense or viewed the practice as foolish and unbiblical.

It wasn’t a perfect Christian world, but at least there was some clarity.

Nowadays, it seems that people are down right confused or just uninformed, which means that a generation of millennials is heading for an even foggier future. Some people call themselves open but cautious when it comes to signs and wonders, while others called themselves Reformed Charismatics. Our favorite bible teachers are sharing stages with charlatans. Millions of Charismatic Catholics are now muddying the waters of evangelicalism, and whoever thought the day would come when we would have Charismatic Calvinists? Some people say revivalists like Bill Johnson are heretical, but won’t stop listening to Jesus Culture or Bethel Worship. Still others say they listen to John MacArthur for solid Bible teaching, but still, go to Benny Hinn crusades to get the “anointing.”

What in the world has happened to the body of Christ and what semblance of biblical orthodoxy will be left for our children and grandchildren?

In the name of ill-advised tolerance, and because of the wide variety of charismatic entry points, total confusion has taken the place of clarity, and “doctrine” has become a four-letter word.

People are mesmerized by the supposed gift of some gibberish-like tongues, or tearfully hoping that a faith healer can offer the solution for their terminal cancer. It is imperative that Christians understand the importance of biblical literacy when it comes to discerning truth and error. It’s of subsequent importance that Christians be able to convey the truth they’ve come to know.

A common trap for those caught up in the signs and wonders movement of Jesus Culture or Bill Johnson’s Bethel Church. The music is sensual, the lyrics unbiblical, “but it makes me feel so good,” said a former colleague of mine who now attends the Bethel Supernatural School of Ministry. Christians need to be resolute in their passion for truth no matter how good something sounds or what “goosebumps” they claim to feel. 2 Peter 2:2 reminds, “And many will follow their sensuality, and because of them the way of the truth will be maligned.”

Jesus Culture’s Kim Walker-Smith is an incredible singer, with the band to boot. So it’s not surprising that many people feel “touched” with emotion during her musical renditions. What’s the problem? Well since it feels good for the emotions, her babbling in tongues with no interpreter from 4:55-5:18 is overlooked as some mystical experience that God is involved in. Anyone who knows their Bible would know He is not involved in this ludicrous rhetoric. In fact, based on God’s very word, Kim should sit down and be quiet since nobody could interpret (1 Corinthians 14:28).

See our White Papers on Discernment and the New Apostolic Reformation