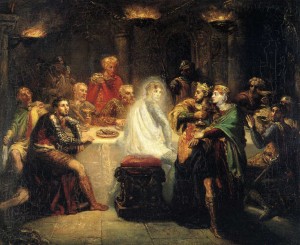 Market Watch columnist Jurica Dujmovic, “Project Elysium, made by a couple of gaming geeks, aims to help people cope with the loss of family and friends.”  The “game” the geeks came up with is steeped in the occult, thus Bible believing Christians must have nothing to do with it or any “game” like it — not even if it’s “just for fun.”

Berean Research wrote a White Paper on the occult and warned that many popular games use occult terms and activities to include casting spells, potions, charms, calling on pagan gods, runes, Tarot cards, Ouija board, and  so on.  God forbids any sort of participation in the occult for our own protection. (Deuteronomy 18:10-14) Even dabbling can cause spiritual and emotional damage.

Speaker and author Marcia Montenegro was a professional astrologer until she came to faith in Christ.  Marcia knows firsthand how easyily we can be drawn into the world of the occult:

“It is a comment on how far this culture has come that what should be innocent and cheerful games for young girls are instead fraught with evil themes and depictions of what should be scary but are presented as fun, glamorous, or sexy. Doing evil is actually depicted as inviting and/or powerful.”

Communing with deceased loved ones usually involves a visit to the graveyard. Project Elysium, by Paranormal Games, is attempting to turn the experience into a 3D virtual-reality simulation.

Paranormal Games is the brainchild of Steve Koutsouliotas and Nick Stavrou. Before Project Elysium, they released titles such as “Flappy Ears” (in which a player takes the role of big-eared Australian Prime Minister Tony Abbott and dodges spiky pillars, using only the flapping power of his ears), and Dead Kitty Racket (in which you … yes, hit dead kittens with a racket). Judging from their previous endeavors, Project Elysium will either be an interesting or bizarre experience.

Either way, the team seems to be serious about it. The project was a way for the two to cope with the loss of their fathers. They envision Project Elysium to be the world’s first virtual sanctuary.

When asked to provide details about the future of the project on the ChallengePost website, they shared the following details. (This is a slightly edited version.):

“Project Elysium … has three services that we aim to offer in our current model. The main service is clients working with a consultant to build an Elysium Project of their deceased loved one. The other is creating an Elysium Project for a living client to leave behind for their loved ones. The third is a mass-market experience where we would build a specific Elysium project of, for example, Elvis in one of his films and release these projects to the public for them to experience. The prototype that we are building is an experience where you take the role of a spectator. You get to see a simulation of how the experience and interaction for a client and their deceased loved one would work.”

Going against God “just for fun” By Marsha West

“Q” Is Cool
Pastor resigns after outed on Grindr