Spirit of Error reports on Ted Cruz’s big endorsement — Mike Bickle (details below).  Before I get to their report, I need to remind readers that in 2011 the NAR arranged The Response: A Call to Prayer for then Texas Gov. Rick Perry.  Not only did NAR self-professed prophets declare Gov. Perry God’s anointed president, they also proclaimed that Texas would lead the U.S. to an economic and spiritual recovery.

Turned out the “prophets” were mistaken about Perry.  During the first debate he made a couple of huge blunders and was unable to recover from them.  Soon thereafter he bowed out of the race.  Perhaps someone on the campaign trail will remind Sen. Cruz that Rick Perry was once the anointed president. 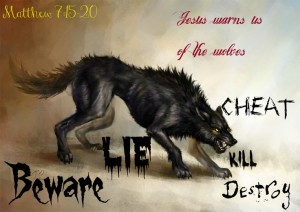 The Cruz for President campaign announced, on Thursday, that Ted Cruz received Mike Bickle’s endorsement. For those who don’t know, Bickle is the founder of the International House of Prayer in Kansas City, Missouri–a leading organization in the controversial New Apostolic Reformation (NAR). But the campaign did not mention Bickle’s leadership in the NAR. They described the International House of Prayer (IHOP) as simply an “evangelical missions organization based on prayer.”

Sounds innocuous. But the description is misleading. Is it possible that Cruz’s team actually believes IHOP represents mainstream evangelicalism, and they don’t know about its affiliation with the NAR?

I find such a scenario unlikely. They certainly would have researched Bickle to make sure his endorsement would not be a liability to the campaign. Bickle’s participation in the NAR can be discovered with a simple Google search. And one thing makes me think they know Bickle’s teachings might not represent mainstream evangelicalism. The list of Bickle’s books, contained in the campaign’s press release, did not include Growing in the Prophetic–probably his biggest seller. Why no mention of this particular book? Did they exclude it because it promotes overt NAR theology, including a present-day office of prophet filled by men and women who receive a “regular flow of divine revelation” and exert extraordinary authority in the church? Instead they listed other books with more traditional sounding titles like “Passion for Jesus” and ”Growing in Prayer”–nothing that would raise evangelical eyebrows.

It seems the campaign is aware of Bickle’s connection to the NAR, but not overly concerned about it. Any misgivings may have been allayed by the fact that a growing number of mainstream evangelicals have accepted speaking engagements at IHOP.

Whatever the case may be, the campaign’s touting of Bickle’s endorsement reveals how influential this particular NAR leader has become and shows that the NAR has grown into a significant political force.

“Take no part in the unfruitful works of darkness, but instead expose them.” (Ephesians 5:11)

Is Rick Perry on a mission from God? By Marsha West

Read our white paper on the New Apostolic Reformation/dominionism

David Barton prays an anointing on Glenn Beck
Discernment: What’s Love Got to Do with It?