Recently Jimmy Carter, a professing Christian, commented that, in his opinion, same-sex marriage doesn’t damage anyone. Linda Harvey of Mission America begs to differ with him, and she gives plenty of examples of why the former president is dead wrong.  Harvey also presents three good reasons that American Christians should speak “loudly and vigorously to contend against the unhinged ‘LGBTQ’ movement.” 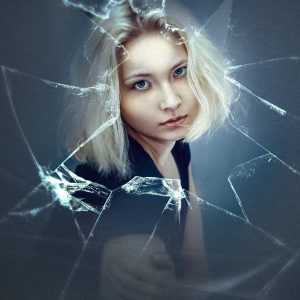 What’s not to like about the “LGBTQ” movement in America?

Jimmy Carter talks like he spent the last two decades in New Zealand. Maybe he did, mentally. He is clueless and so, so wrong about homosexuality which, far from being a victimless sin, is the progenitor of virulent pathologies that are poisoning our culture.

The homosexuality/gender rebellion movement, behaviors and identities are toxic. If we didn’t know this forty years ago when “gay rights” was in its infancy (and Carter was president), we certainly have ample evidence now.

Carter said in a recent interview, “I think Jesus would encourage any… love affair if it was honest and sincere and was not damaging to anyone else, and I don’t see that gay marriage damages anyone else.”

What Jesus is Carter talking about? Not our beloved Savior whose life, teachings, death and resurrection are revealed in Scripture. The authentic Jesus was explicit that marriage involves one man and one woman (Matthew 19: 4-6 and Mark 10:5-9), and even that a man leaves “his father and mother” to join with a wife, not a “father and father.”

The true Christ is the Son eternally existent with the Father and Holy Spirit. He’s the Good Shepherd, our Creator (John 1, Colossians 1) as well as the giver of law, the administrator of justice, and our merciful Savior.

Jesus was present in the Old Testament as Sodom and Gomorrah were destroyed (Genesis 19). And it was not because of issues over “hospitality” (a favorite spin of biblical contortionists).

Here are three reasons why every American Christian needs to speak loudly and vigorously to contend against the unhinged “LGBTQ” movement:

1. Homosexuality among adults, including “gay marriage,” leads pretty quickly to approval of sex in children—including pedophilia.When homosexuality is embraced even as “marriage” by the culture at large, it also becomes the new norm for adults to foist on children, grounded in a belief that some are born this way, despite the lack of evidence to support this revolutionary notion.

The result for kids is a mental and medical mess. Continue reading

Read our White Paper on the LGBTQ Agenda