Writing for Grace to You, Cameron Buettel examines a “new generation of pastors who can be in two places at one time [by] using technology—high-def videos, and even holograms—to beam their Sunday morning sermons to remote ‘satellite’ churches that belong to their congregation.”  We are in the age of the multi-site “church.”   Buettel gives Steven Furtick’s Elevation Church as a prime example of this sort of shepherding.  And then there’s megachurch pastor Andy Stanley who thinks pastors should be more like CEOs. 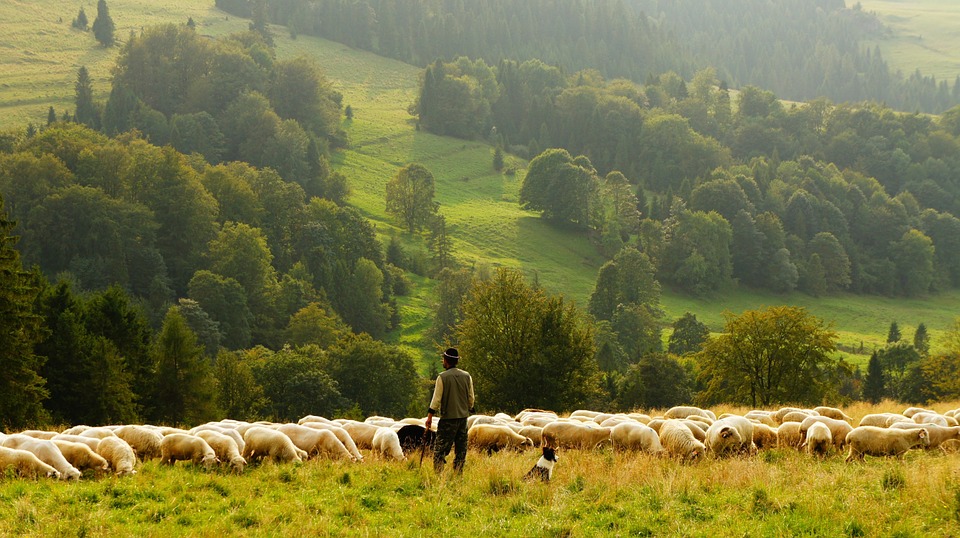 The Absence of Shepherds

Imagine you’re trying out a new church this coming weekend. You find your seat just as the pastor opens with a word of prayer. After some worship songs, he returns to greet the new visitors, make some announcements, and pray over the offering.

After another song or two, you expect to see him step onto the stage to deliver his sermon, but he’s nowhere to be found. Instead, the lights dim and you’re transported via video to another church with another congregation, watching someone else preach the sermon. You won’t see the “pastor”—whose Sunday role seems to be little more than master of ceremonies—until he greets you at the door on your way out.

Such is life in a satellite church. And while the look and feel of the service can vary greatly, the end result is still the same—countless believers every Sunday sit under the teaching of pastors piped in and projected from a stage somewhere else.

The concept of a two-dimensional pastor probably sounds strange, even shocking, to some readers. But the practice has become increasingly common. Back in 2010, CNN reported on the rise of “virtual churches” estimating that “at least 3,000 churches nationwide use some variation of high-def video to spread their pastor’s Sunday morning sermons” to other satellite congregations. In the last six years, that number has exploded to over 8,000 churches. [1] And the juggernaut shows no sign of slowing down: 57 percent of all multi-site churches plan to launch a new satellite within the next twelve months.

John Blake, a CNN reporter, wanted to experience this phenomenon for himself, so he visited a satellite church in Texas, virtually pastored by Ed Young Jr.

Young is part of a new generation of pastors who can be in two places at one time. They are using technology—high-def videos, and even holograms—to beam their Sunday morning sermons to remote “satellite” churches that belong to their congregation.

Young, whose congregation has about 20,000 members spread across five churches, said his image is so lifelike that some visitors forget he’s not there.

“It’s so real that people have come up after service to see me and [other] people are saying, ‘Dude, he is on video,’” he said. [2]

Through the advent of multi-site churches, holographic pastors are conducting virtual relationships with vast congregations. And that has led to a marked redefinition of what a pastor is—what he does and where he leads. One pastor I know has re-branded himself as a “visionary architect.” That may sound laughably grandiose, but it does capture the essence of what pastoring means within the context of a multi-site megachurch.

Elevation Church in North Carolina is a prime example. It’s a huge modern church with an ever-expanding number of satellite campuses. Its pastor, Steven Furtick, sees his congregation not as a flock for him to care for, but rather as an army to support and defend his vision. In fact, that’s the foundational purpose of Elevation Church: “Elevation is built on the vision God gave Pastor Steven. We will aggressively defend our unity and that vision.” [3]

That represents a deviation from how God’s Word describes the role of a pastor. Scripture paints vivid pictures of a pastor caring for a local gathering of God’s people in the same way that a shepherd cares for his sheep (Acts 20:28-31; Ephesians 4:11; 1 Peter 5:2). It was modelled by Jesus (John 10:1–16), and He passed on the responsibility to His disciples (John 21:15–17).

But the intervening two thousand years of history and advancement have given some modern pastors the idea that it’s time to abandon the bucolic models of the New Testament, and find new patterns to define, inform, and animate the role of the pastor in today’s church.  Continue reading