Those of you who follow the teaching of Pastor James MacDonald should read this piece by Glenn E. Chatfield.  What he has to say about MacDonald will change your mind about him.  For one thing, he promotes wolves. 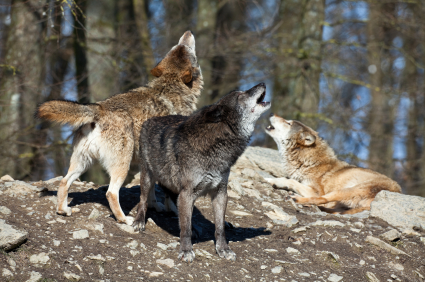 I’ve never been one for listening to the radio, mostly because we often only get it in the car.  Now, when I had long drives to work I did enjoy listening to classical music, folk music, and Christian radio with teaching programs.  My wife has always done more radio because she will listen while doing various chores, such as sewing and other craft work, ironing, etc, and even while driving.  A few years back she discovered James MacDonald and thought he was an excellent teacher.  I listened to some and found him to be pretty much spot on. Then as time went by some of his stuff became more and more questionable, and before long I started reading all sorts of stuff about him through the Christian apologetics world.  How disappointing it has been to see a good teacher decide to follow and support every popular teacher out there, regardless of that popular teacher’s teaching!

I have previously alerted my readers to the following problems with Mr. MacDonald:

He claimed that if his congregants were experiencing financial difficulties, it was because they were not obedient with tithing (never mind that tithing is not for the Christian).  Isn’t this like the claims of the Word of Faith heresy?

Participated in the Code Orange Revival in 2012. This “revival” included a bevy of false teachers that no one with discernment should have joined with!  This article also points out other problems with MacDonald, including his endorsing false teachers like Beth Moore!  Continue reading

2 Responses to The Apostatizing of James MacDonald