Posted By Marsha West on October 17, 2015 in Entertainment
Share

Is so-called Christian radio an instrument of God being used to bring people to Christ?  Blogger Timothy Hammons takes a look at what is being passed off as Christian radio.  Should we financially support this stuff?

In regard to “Christian contemporary music,” does it matter if the lyrics to the songs are theologically and biblically based?

Hammons also tackles contemporary worship or “praise music.”  Is the music we sing in our churches even biblical?  In his view: “The church should be giving us the songs we sing from God’s word, not from the sinful inclinations of the musician.” 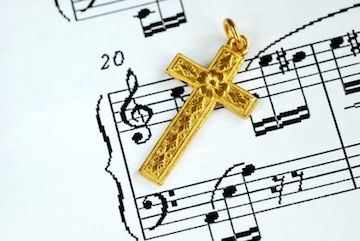 The church doesn’t really need Christian radio to survive. I know that there are many who tune into Christian radio and listen on a regular basis, but the truth is, Christian radio is not necessary for our spiritual growth in Christ.  We especially do not need listener-supported Christian radio stations. If a station has to ask us for money, using the typical ploys of telling us we will be blessed by blessing them, then we should donate our offerings to more legitimate ministries such as the White Horse Inn, or Truth for Life, in which their focus is the preaching and the teaching of God’s word. My focus in this post are the stations that play Christian contemporary music, are doctrinally and theologically inept, and take no real moral positions at all.

What prompted me to say this?

Neil had a post on Saturday about one of the Christian radio stations in Houston that is in the midst of a fund drive, telling their listeners to give to their ministry as “God tells you to.” Neil responded by saying he gave exactly what God told him to: nothing!

Here we have a radio station (seeing their sole existence as a legitimate ministry for Christ) asking for money, and doing so in an irresponsible way. They are making the false assumption that God talks to His people via a “still small voice” in their heads. Never mind that for 2,000 years, biblical Christianity states that God has ceased speaking to us in such a manner. When the canon of Scripture was closed, with the giving of the 27 books in the New Testament, God quit audibly speaking to us. This is not because He cannot, but because He chooses for us to come to His word and look there for all we need to know about salvation and how to live. He even teaches us where we should give.

The problem with these radio stations is that they seriously believe they are an instrument of God being used to bring people to Christ. Never mind that God has chosen the preaching of His word to reach the lost. Never mind that the personalities on these stations are as theologically astute as a children’s Sunday school class. Oh, the self-appointed high-priests of the radio airwaves are indeed putting forth theology, just bad theology. Never mind their their God works on the philosophy of “you scratch my back, I’ll scratch yours,” as if we could actually make such deals with God. These stations are not true ministries at all, no matter how much they claim to help people.

The people of Christ have become superbly misguided in their understanding of what is and is not true ministry. There are two realms of ministry when it comes to the people of God, there is the ministry of the word and sacraments and the ministry of service. The former is filled by those who are lawfully (according to God’s word) ordained to preach, teach and administer the sacraments of the church. We call these men elders, and the qualifications for being an elder (pastor), are not open to anyone. Unlike the ridiculous movie The Apostle, in which Robert Duvall’s character decides to anoint himself an apostle, we have church courts and other elders that we must submit to for God’s ordination to be of effect. If these radio stations are a legitimate ministry, whose authority are they under? I’m sure none of the disk jockeys and radio personalities on these radio stations are ordained or under the elders of the church in any such manner. They probably lack theological training, and if they have theological training, they lack discernment. How do we know this? Just listen to the lyrics of the songs they choose to play on such stations.  Continue reading

11 Responses to The Church Does Not Need Christian Radio