Posted By Marsha West on February 20, 2016 in Discernment, Women and the Church 4
Share

Self-esteem is not a biblical concept.  In fact, selfism was birthed in humanistic philosophy and psychology.  Before we get to Dalrock’s piece, let’s hear what the Bible says:

Many define self-esteem as “feelings of worth based on their skills, accomplishments, status, financial resources, or appearance.” This kind of self-esteem can lead a person to feel independent and prideful and to indulge in self-worship, which dulls our desire for God. James 4:6 tells us that “God opposes the proud but gives grace to the humble.” If we only trust in our earthly resources, we will inevitably be left with a sense of worth based on pride. Jesus told us, “You also, when you have done everything you were told to do, should say, ‘We are unworthy servants; we have only done our duty’” (Luke 17:10).

For the Christian, self-worth should come from having a right relationship with God. “We can know we are valuable because of the high price God paid for us through the blood of His Son, Jesus Christ.” 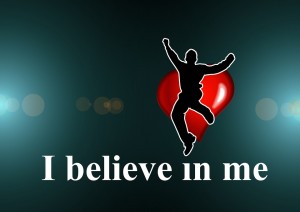 We live in an age obsessed with women’s self esteem.  Feminists assure us that all (or nearly all) of our problems would be solved if only women held themselves in higher regard.  This is closely tied to the idea that women being “true to themselves” is a central virtue.  According to our modern thought process women are innately good, so if they have the confidence to be true to themselves they will point men towards virtue.  Instead of looking to God for our moral compass, women are to follow their hearts and men are to follow women.  These ideas are contrary to the Bible, yet they have been widely adopted by modern Christians.

In Matt Walsh’s letter to his daughter, his greatest fear is that she will grow up to lack self esteem because our society will tell her she isn’t good enough:

That’s why I wrote this letter. For the times when the pressures of the world — the constant, deafening din, screaming “you’re not pretty enough, you’re not good enough” — become a little too heavy to shoulder. Whether it’s 7 years from now, or 17, or 70 — whenever you need a reminder, here it is:

Similarly, Glenn Stanton teaches parents that unlike their sons, their daughters will naturally develop virtue, so long as society doesn’t get in the way:

What are the essential qualities that transform our daughters into mature, secure women?

As you read through the qualities described below, please keep in mind that much of this is innate, but because our culture seems to fight so hard to suppress certain natural tendencies, it’s our privilege and responsibility as parents to watch out for opportunities to nurture and guide in these areas.

Christian women are of course hearing the message, as the blogger at Drurywriting discovered when teaching college students about sin.  In Do Women sin? he explains that while his students have no trouble identifying a list of sins men are tempted by, they are reliably stumped when he asks them to list sins women tend to be tempted by.  After he sets only the women in the class to come up with a female sin, they eventually find one:

Lack of self esteem

Part of the problem is that we have redefined women’s sins as virtue.  A wife who smashes the couple’s wedding china in order to get her own way is now said to be “submitting” to her husband by throwing a godly tantrum.  A wife with a frigid and incredibly unkind attitude towards her husband is said to be channeling God’s will through her vagina.  Discontent is yet another newly minted virtue.  Along with sins recast as virtues, there is also virtue recast as sin.  The CBMW’s founding document created a new sin for wives which fits perfectly in our feminist age, the sin of servility.

Another part of the problem is that when women do sin, modern Christians simply pretend it isn’t happening.  This is easiest to see with the game of make believe complementarians play whenever considering the question of women in the military.  Women aren’t demanding to usurp men’s roles, they tell us, men are refusing to fight and thereby forcing women to stand in their place.

The Christian cult of women’s self esteem.

But denying the obvious isn’t enough.  To truly follow the wisdom of the world Christians need to cast women’s self esteem as the highest virtue.  In this regard there is a slight disagreement as to whether a woman lacking self esteem is in itself a sin (as the college women decided), or if a woman lacking self esteem is merely the root of women’s sins.  But this is a minor disagreement that I will leave modern theologians to sort out.  What is widely agreed is that women need to be constantly told they are awesome.  Pastor Matt Chandler explains the importance of telling Christian women they are awesome in his sermon A Beautiful Design (Part 3) Man’s Purpose*:

When women go to women’s retreats, they just get encouraged. “You guys are awesome. You can do it! All right!” Men get blown up. You go to a man thing. You’re just going to hear how much you’ve failed and how bad you stink and why the whole world is broken because you’re so worthless. That’s kind of how we do it, and it’s the right way to do it.

We don’t neglect spiritual direction and sacrificial love because we provide. I say this all the time.  I’m telling you, I did college ministry for 10-15 years before I became a pastor. I have met many a young women with BMWs and fashionable clothes who hated their Daddy and treated themselves cheaply because what they didn’t have is Daddy in their life.  I have met many a young woman in just an old ghetto, beat-up, backfiring hooptie and just whatever Mom and Dad could afford to get her who had a glad confidence about her and a high expectation of how she was treated because Daddy would kiss her and crawl in bed with her and ask her about her heart and encourage her and cheer her on.  Continue reading

4 Responses to The cult of women’s self-esteem