Bill Muehlenbeg of Culture Watch fills us in on what’s going on in Australia, where he makes his home.   He has included a must read newspaper report that gives us a glimpse of the far left’s direct assault on Christians, as well as on all religious and cultural groups “which may have any unease about the homosexual lifestyle.”  No one had better defy the LGBT police!    Muehlenberg warns: “The totalitarian implications of all this should be lost on none of us.”

What you’re about to read is chilling. 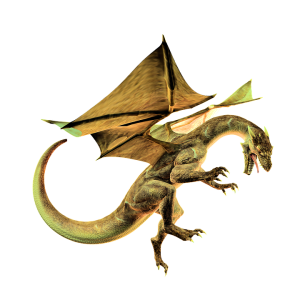 Once upon a time governments operated circumspectly, engaging in simple things like keeping the roads in good shape and collecting the garbage. Increasingly however Western governments are becoming coercive utopians, pushing the agendas of radical minority groups.

The Victorian Labor government is certainly competing with others to become one of the most fascist and draconian governments around, cracking down on the majority of its citizens in order to cater to the activist groups. For example, it has recently told us that Christmas carols have to go, and it wants baby killing to go on unhindered. See here: billmuehlenberg.com/2015/11/27/victoria-anti-god-and-anti-life/

Now it wants to attack every single person in the state who might have problems with homosexuality, and are in any way there to help those with unwanted same-sex attraction. While it speaks about seeking to ban all “gay conversion therapy,” the draconian impact of such moves must be fully understood.

Let me first offer how one newspaper report runs with this very worrying push:

The state government will attempt to crack down on so-called gay conversion therapy through a new public watchdog with the power to investigate people purporting to “cure” or suppress homosexuality….
[The Victorian government] has vowed to take a zero-tolerance approach on anyone attempting to treat homosexuality as a disorder that can be fixed through medical or therapeutic means. Legislation will be introduced into parliament later this year to establish a new watchdog – the Health Complaints Commissioner – with the power to investigate and sanction anyone claiming they can treat homosexuality.
While registered practitioners can already be investigated by authorities, the legislation will close a loophole that currently exists regarding unregistered practitioners making unproven claims that they can convert gay people.
“If they are found to be making false claims and to be acting in a manner that puts people’s physical, mental or psychological health, safety or welfare at risk, the Commissioner will be able to ban them from providing such services,” said Health Minister Jill Hennessy.
“We have zero tolerance for any person purporting to be able to ‘convert’ gay people through medical or therapeutic means. Any attempts to make people feel uncomfortable with their own sexuality is completely unacceptable.”
News of the government’s plans come a week after The Sunday Age reported on the growing push behind the scenes to combat the “ex-gay movement”, which essentially views homosexuality as a sin and remains an insidious part of evangelical church culture in Australia.
Part of the problem, however, is that the size and prevalence of the movement remains unclear, and it is not entirely known to what extent conversion therapy is still being used, either through religious organisations attempting to “pray away the gay” or less formal structures.
In Canberra, Greens senator Robert Simms will move a motion when federal parliament resumes next month, calling on the Turnbull government to investigate potential reforms and urging the states and territories to implement laws banning conversion practices.
Meanwhile, in Victoria, state Greens MP Sam Hibbins has called for a parliamentary inquiry to uncover the extent of the problem and assist in preventing it.

Other states are moving in the same direction, with a nation-wide crackdown looming:

Last April, COAG’s health council also agreed to the terms of a National Code of Conduct for health care workers, which is designed to keep a tighter check on unregistered health practitioners. Gay conversion therapy is expected to fall under the code.  Continue reading

Read our White Paper on the Homosexual Agenda

Mindfulness! Heard of It? What does it mean, and where is it showing up in Christian circles?
The Beck Lies: Mormon Leads Prayer to False God at Ted Cruz Campaign Office

5 Responses to The Gaystapo Crackdown on Christianity