Holly Pivec of Spirit of Error addresses Bethel Church lead pastor and so-called apostle Bill Johnson’s teaching that believers ought to regularly pursue direction from outside of Scripture, “from subjective impressions experienced by ourselves and others rather than from the objective Word of God.”  Are “subjective impressions” found in the Bible?  And do the scriptures suggest that believers are to follow their own imaginations?

What most people fail to realize is that the sorts of things Bethel Redding’s leadership promotes (here) will lead them into the world of the occult.

Now listen to what Holly Pivec has to say about the very controversial Bill Johnson. She writes: 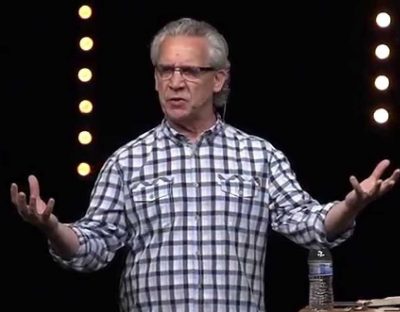 Yesterday I read chapter 8 of Bill Johnson’s book Hosting the Presence: Unveiling Heaven’s Agenda. In this chapter, titled “Red-Letter Revival,” Johnson teaches that Jesus is the standard for people to follow — his words, his life, and his ministry. And Jesus’ primary mission, writes Johnson, was to reveal God the Father by doing only what he saw the Father doing.

Thus, our primary mission also should be to do only what we see the Father doing. Johnson goes so far as to suggest that perhaps bracelets should be changed from having the letters “WWJD” (“What would Jesus do?”) to “WIFD” (“What is the Father doing?).

To some, Johnson’s admonition — to seek what the Father is doing in the world and then do the same — may come across as biblical, inspiring, even revolutionary. Yet as pious as his mandate may sound, it contains a dangerous pitfall that can lead well-meaning Christians astray. I’ll summarize the three ways Johnson says he seeks to discover what the Father is doing. Then I’ll point out the danger of adhering to Johnson’s practice.

Johnson’s ways for discovering what the Father is doing

Here are ways Johnson teaches people to know what the Father is doing.

Leaving Louie Giglio: A Passion City Story
Why There is No Such Thing as the Gift of Tongues