Amiee Byrd, author and contributor on Mortification of Spin, has written a review of Positively Powerless.  I’ll get to Aimee’s review in a moment but before I do, a short synopsis on the Power of Positive Thinking is in order.  Positive thinking is based in the so-called Law of Attraction which is the principle that like attracts like.  The visible Church has become inundated with this supposed spiritual law.  In fact, “positive confession” is a doctrinal pillar of the Word of Faith movement.  According to Apologetics Index:

The Theology of the Spoken Word (Rhematology), or thought actualization, is commonly known as positive confession. It stresses the inherent power of words and thoughts. Each person predestines his own future by what he says verbally and by how well he uses spiritual laws. As such, it is as if we live in a mechanistic universe instead of a personal one. (Source)

The moment you speak something out, you give birth to it.  This is a spiritual principle, and it works whether what you are saying is good or bad, positive or negative.

This, brethren, is what is meant by thinking positive.  The above mentioned high-profile “Christians” have made a ton of money simply by promoting the unbiblical notion that your words and thoughts have power. 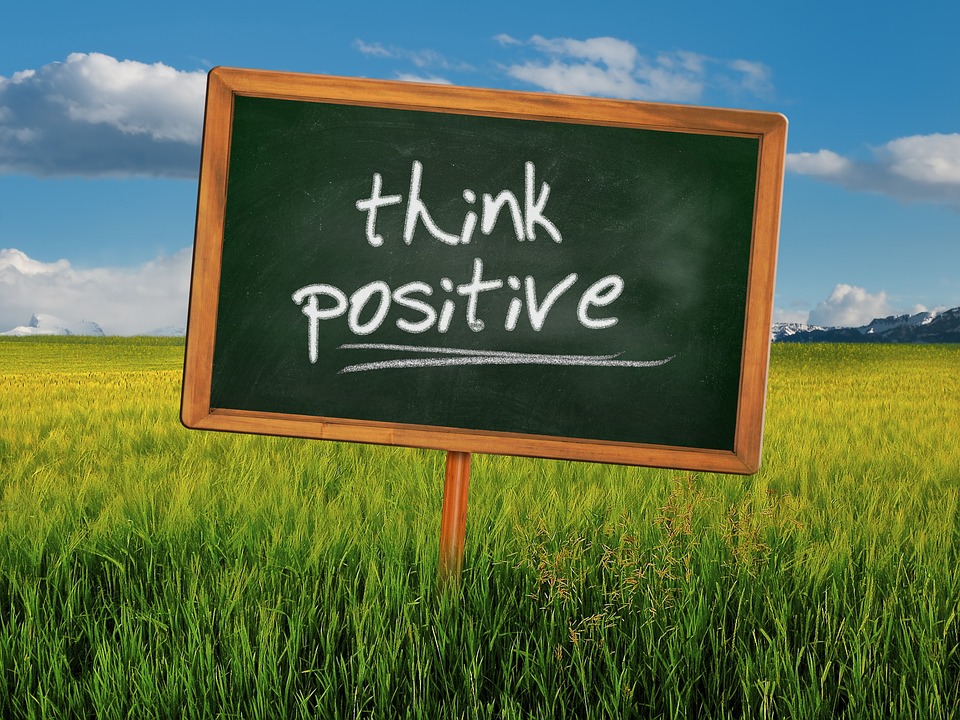 What is behind statements like these that are so often given in encouragement? Laura Martin has written a book showcasing how the New Thought movement has undermined Christianity. “New Thought believed in a mystical power of thoughts that could alter our outward reality” (xi). Martin highlights this movements roots in the occult, mystical, and Eastern religious beliefs.

Positively Powerless is an introductory book to the movement, written for a popular audience. The reader will learn the most about the roots of this movement and how it seeped into evangelical circles in Chapter One, “Thou Shalt Not Be Negative.” Martin pinpoints the Protestant pastor Norman Vincent Peale as a popularizer of positive thinking notions in the mid-twentieth century. But she then peels back the layers all the way to eighteenth century Europe to get to the origins of the movement. One interesting thing I learned is where we get the term mesmerized. Franz Anton Mesmer “theorized that all of life contained an invisible fluid—an unseen energy—that he called ‘animal magnetism’” (4). He worked to put people in a trance-like state to recalibrate this supposed energy imbalance. This is when it was observed that people in this trance-like state were susceptible to suggestion, leading to the practice of hypnosis.

This was my favorite chapter, as Martin traces how this occultist and mystical movement so powerfully entered into American evangelicalism through key figures and books, to the point where we are all affected. She then outlines why this positive thinking movement is in conflict with orthodox Christianity. It raises some good questions about how we think about God, ourselves, and the Christian life. She unmasks the positive thinking movement in Christianity, exposing its lack of power to deal with real life suffering and our true need for redemption.

Martin then moves on in the book to discuss why Christians have been so susceptible to this movement and to present the good news of the gospel. Our own pride, self-absorption, desire for immediate gratification, therapeutic and prosperity-driven culture, and false piety make us easy prey for clinging to enticing teachings on the power of our mind and false optimism. The power of positive thinking is powerless to deal with our real problem of sin and the struggle for a Christian living in between the already inauguration of Christ’s kingdom and the not yet of its consummation. Martin doesn’t combat the positive thinking movement with negative thinking. Rather, she calls the reader to biblical discernment, teaching a realistic thinking that is saturated in the truths laid out for us in Scripture. In this, she highlights that it is God’s glory that we need, not our own.

Positively Powerless is a short, unintimidating read that will open your eyes to the pervasiveness and powerlessness of the positive thinking movement. As I was reading, I couldn’t help but crave a more academic version, further examining the movement and it’s penetration into the Christian faith. I think that the author is capable of writing such a book, but kept to her key points to introduce the movement and pinpoint how it has affected our thinking, thus hopefully reaching a wider audience. Martin provided a biblical worldview with which to contrast it and to equip the reader to then use discernment when encountered by the language of the movement. It whet my appetite to learn more.