The Bible is absolutely clear regarding the qualifications for a pastor,” says Stephen Colin. In this piece over at Famine In The Land, Colin offers two examples of wolves in sheep’s clothing, Todd Bentley and Mark Driscoll, who have found shelter in the NAR cult, despite the fact that, according to 1 Timothy 3:2-7, both men have disqualified themselves from pastoral ministry.  Colin writes: 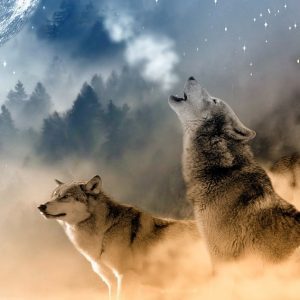 Bob Dylan, hailed as one of the great song writers of the 20th century penned a song called “Shelter from the Storm” in 1975. The lyrics to the song have been regarded as a poetic masterpiece, which is probably why he was awarded the Nobel Prize in Literature in 2016. The third verse in particular uses imagery which is akin to something we see in the visible church today. Dylan writes, “Not a word was spoke between us, there was little risk involved. Everything up to that point had been left unresolved. Try imagining a place where it’s always safe and warm. Come in, she said I’ll give ya shelter from the storm.”  These lyrics describe something taking place in the the fastest growing movement under the name of “Christianity,” the NAR (New Apostolic Reformation)  The NAR, along with a host of serious issues (articulated in our previous blogs) has become somewhat of a shelter for the unqualified.

What would you do if you discovered that a certain hospital performing heart surgeries, used unqualified people to operate on patients?  I’m sure you would expose the hospital, and warn as many people as possible to avoid them!  The NAR in like manner is a movement which shelters unqualified “apostles, prophets and pastors,” and provides them with a platform to perform deadly surgery on the souls of men and women. I remind you that the “apostles and prophets” in this movement are already unqualified simply because of the fact that the church has “…been built on the foundation of the apostles and prophets..” (Eph. 2:20)  This makes it impossible for anyone to hold such offices in the church today. However, the office of Pastor is still functioning in Christ’s church, and many who have proven themselves unqualified for this position have found refuge in the NAR. The question that this article seeks to answer is simply this: why is a movement claiming to represent the true church of Jesus Christ sheltering unqualified individuals?

The Bible is absolutely clear regarding the qualifications for a pastor.  Paul writes to Timothy – “An overseer (a word used interchangeable with elder and pastor), then, must be above reproach, the husband of one wife, temperate, prudent, respectable, hospitable, able to teach, not addicted to wine or pugnacious, but gentle, peaceable, free from the love of money.  He must be one who manages his own household well, keeping his children under control with all dignity (but if a man does not know how to manage his own household, how will he take care of the church of God?), and not a new convert, so that he will not become conceited and fall into the condemnation incurred by the devil. And he must have a good reputation with those outside the church, so that he will not fall into reproach and the snare of the devil.”  (1 Tim. 3:2-7)

Paul also tells Titus that  “he must hold firm to the trustworthy word as taught, so that he may be able to give instruction in sound doctrine and also to rebuke those who contradict it.” (Tit. 1:9)
To sum it up: a pastor must be qualified in two vital areas, Character and Doctrine.

In light of the clear teaching of Scripture regarding who gets to be a pastor, I would like to briefly examine two individuals who have found shelter in the NAR, even though they are unqualified for the position.  Continue reading

Read our White Paper on the NAR