Posted By Marsha West on May 15, 2015 in Liberalism
Share

Lee Duigon, a contributing editor with the Chalcedon Foundation, gives us a heads up on what the future holds for conservatives and Bible-believing Christians if liberals have their way.  Unfortunately they often do these days.  It has become clear that liberals, academics and unions are hell bent on destroying the lives of anyone who refuses to adopt their warped belief system.

In this piece Duigon exposes this sinister thing called “microagression” and reveals who’s behind it. 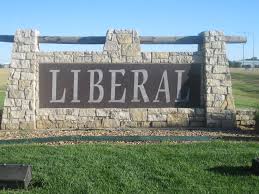 In their continuing search for ridiculous problems and crises that have no solution, liberals and academic pinheads have hit upon “microaggression.”

What in the world is that?

Wow! How do you control unintended behavior that you’re not even conscious of?

The University of Washington and the United Auto Workers are busy inventing ways to control it for you. If they can work it out, the university’s student employees—teaching assistants, aides, assorted gofers—will have a contract that protects them from having their feelings hurt by “microaggression.” Why these people, who have never once laid eyes on the inside of an automotive factory, are being represented by the United Auto Workers is one of those mysteries of unionism.

They’re proposing to have the university meet three times a year to ponder the “goal” of “eliminating microaggression.” How do you stop people from saying or doing things they’re not conscious of?

Oh! But we already know that, don’t we? We have lots and lots of experience.

First you subject people to “consciousness-raising,” also known as nagging and harassment. Libs and progs have been doing that since the Sixties. And then you make glaring examples of individuals guilty of unintended discrimination. If the poor sucker steps on one of the mines in the minefield, kaboom, he’s history.

Because it’s all unconscious, virtually anything you say and anything you do may constitute microaggression and expose you to punishment. Of course, unless you already belong to a Cherished Minority, you’re already guilty of something, every day, all the time.

Says a UAW spokeswoman, setting it up so that normal people can be punished for microaggression is the coming thing—“the next level of discourse in this country around racism, sexism, and homophobia.” I grew up in a UAW household, and I can’t begin to explain what has happened to this union.

Canada has pioneered this parody of justice in its Human Rights industry. In Canada, any member of a Protected Class can drag any regular person up in front of a “human rights” tribunal and have him fricasseed for this or that offense—with the offense being defined by the offended. In these mock trials, the plaintiff’s feelings count as evidence. In Canada you can have your livelihood totally destroyed without your having broken any law. There’s no double jeopardy in the human rights funhouse, so they can try you over and over again for the same offense. Meanwhile, the government pays all the plaintiff’s legal expenses.

But we are catching up to Canada by leaps and bounds. “Microaggression” can be, and will be, defined as anything the offended party says it is. The defendant is automatically guilty. How do you even try to defend yourself when you had no idea that something you were saying or doing was wrong? According to the tentative contract proposed for the U. of Washington, union members—look for the union label!—will be able to file complaints about “everyday exchanges—including words and actions—that denigrate or exclude individuals based on their membership in a group or class.”

So you have a few friends over to play cards—uh-oh! In your haste, you forgot to invite any transgendered persons! One of them blows the whistle on you: and the college has to assuage his hurt feelings with a money reward, and ease its own hurt feelings by taking away your job. Or, even worse and much more humiliating, force you into Sensitivity Training.

Exaggeration? Not long ago, it would have been an exaggeration to suggest that the state would crush any small business owner, and hold him up to public execration, if this person’s Christian religious beliefs forbade him to take any active part in a same-sex pseudomarriage. But now it’s been established as the “gay” supremacists’ inalienable right to go Christian-hunting in the cities of America.

Want to inflict deep, incurable damage on a nation?

One sure way to do it is to set up way many more colleges and universities than the country can possibly use, staff them with far-out left-wing fanatics, make sure there are plenty of Gender Studies degree programs, and fill the dorms and classrooms with not-very-bright students who are only there because they have nowhere else to go.

And don’t forget to involve the labor unions.

Boys: slip on a dress and you can join the Girl Scouts!
Tim Keller, Catholic Mystics, and Genesis I as a poem?

One Response to The Next Grand Idiocy: ‘Microaggression’