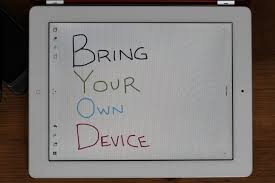 The Washington Post has a story on extreme tracking devices that are coming for “ordinary people to ‘quantify’ themselves using wearable fitness gadgets, medical equipment, headcams, traditional lab tests and homemade contraptions, all with the goal of finding ways to optimize their bodies and minds to live longer, healthier lives — and perhaps to discover some important truth about themselves and their purpose in life.” But there are huge health and privacy ramifications:

From the instant he wakes up each morning, through his workday and into the night, the essence of Larry Smarr is captured by a series of numbers: a resting heart rate of 40 beats per minute, a blood pressure of 130/70, a stress level of 2 percent, 191 pounds, 8,000 steps taken, 15 floors climbed, 8 hours of sleep.

Smarr, an astrophysicist and computer scientist, could be the world’s most self-measured man. For nearly 15 years, the professor at the University of California at San Diego has been obsessed with what he describes as the most complicated subject he has ever experimented on: his own body.

Smarr keeps track of more than 150 parameters. Some, such as his heartbeat, movement and whether he’s sitting, standing or lying down, he measures continuously in real time with a wireless gadget on his belt. Some, such as his weight, he logs daily. Others, such as his blood and the bacteria in his intestines, he tests only about once every month.

Smarr compares the way he treats his body with how people monitor and maintain their cars: “We know exactly how much gas we have, the engine temperature, how fast we are going. What I’m doing is creating a dashboard for my body.”