Posted By Marsha West on February 11, 2016 in Biblical Illiteracy
Share

Christianity is in crisis.  Albert Mohler, president of Southern Baptist Theological Seminary, reveals that fewer than half of all adults can name the four gospels…12 percent of adults believe that Joan of Arc was Noah’s wife…professing Christians cannot identify more than two or three of the disciples…60 percent of Americans can’t name even five of the Ten Commandments. We are in big trouble, says Mohler. 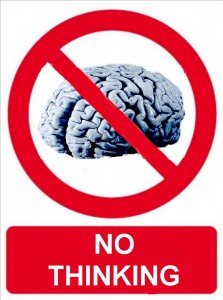 While America’s evangelical Christians are rightly concerned about the secular worldview’s rejection of biblical Christianity, we ought to give some urgent attention to a problem much closer to home–biblical illiteracy in the church. This scandalous problem is our own, and it’s up to us to fix it.

Researchers George Gallup and Jim Castelli put the problem squarely: “Americans revere the Bible–but, by and large, they don’t read it. And because they don’t read it, they have become a nation of biblical illiterates.” How bad is it? Researchers tell us that it’s worse than most could imagine.

Fewer than half of all adults can name the four gospels. Many Christians cannot identify more than two or three of the disciples. According to data from the Barna Research Group, 60 percent of Americans can’t name even five of the Ten Commandments. “No wonder people break the Ten Commandments all the time. They don’t know what they are,” said George Barna, president of the firm. The bottom line? “Increasingly, America is biblically illiterate.” [see Barna Group’s web site]

Multiple surveys reveal the problem in stark terms. According to 82 percent of Americans, “God helps those who help themselves,” is a Bible verse. Those identified as born-again Christians did better–by one percent. A majority of adults think the Bible teaches that the most important purpose in life is taking care of one’s family.

Some of the statistics are enough to perplex even those aware of the problem. A Barna poll indicated that at least 12 percent of adults believe that Joan of Arc was Noah’s wife. Another survey of graduating high school seniors revealed that over 50 percent thought that Sodom and Gomorrah were husband and wife. A considerable number of respondents to one poll indicated that the Sermon on the Mount was preached by Billy Graham. We are in big trouble.

Secularized Americans should not be expected to be knowledgeable about the Bible. As the nation’s civic conversation is stripped of all biblical references and content, Americans increasingly live in a Scripture-free public space. Confusion and ignorance of the Bible’s content should be assumed in post-Christian America.

The larger scandal is biblical ignorance among Christians. Choose whichever statistic or survey you like, the general pattern is the same. America’s Christians know less and less about the Bible. It shows.  Continue reading

When Anointings Compete – Rafael Cruz Gets Some Pub From Kenneth Copeland
Death, the prosperity gospel and me

4 Responses to The Scandal of Biblical Illiteracy: It’s Our Problem